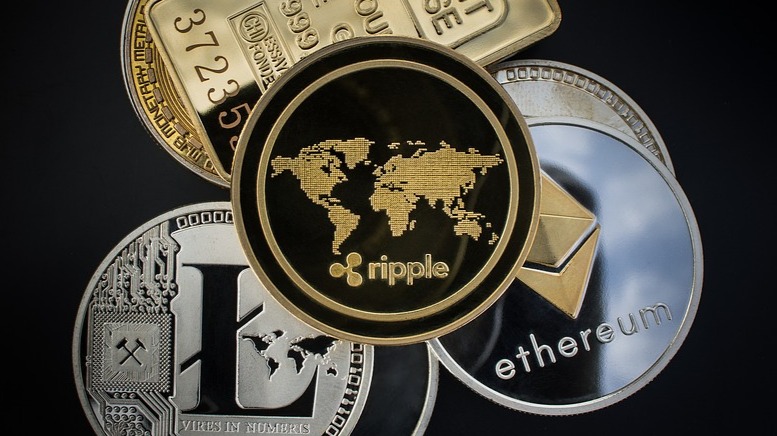 The unpredictable nature of crypto has come into play as Tether (USDT) dethrones Ripple’s XRP from position 3 by market capitalization earlier in the day. However the dominance did not last long as XRP jumps back to third position sending back USDT to fourth.

It is clear that XRP needs to be wary of Tether which is the most traded stablecoin globally. However, this is not the first time Tether has overtaken XRP in the Mcap rankings. At press time, XRP market capitalization stands at $13,106,943,969 against Tethers’ $9,996,398,786.

The USDT last weeks “pump’ by $1 billion to surpass the $ 12 billion mark came as a surprise however it climbed to $13.14 billion to takes XRP position. However, the growth has been attributed to the trust traders have on stablecoins since its value is pegged on that of the green buck.

For the stablecoin to grow its market capitalization, it only needs to mint more coin. According to a tweet by Lucas Nuzzi, a crypto analyst, USDT has been on the uptrend in recent days. 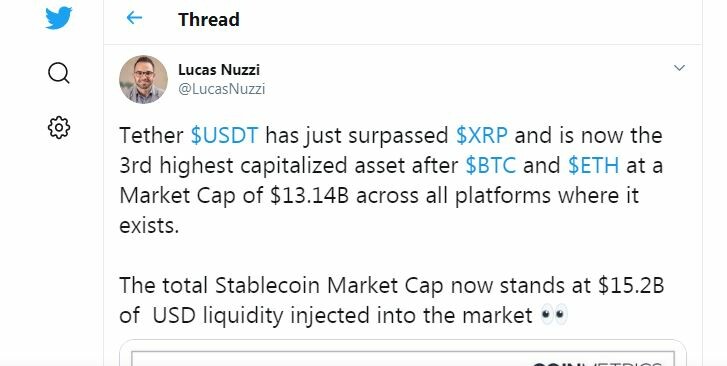 According to Nuzzi, stablecoin popularity is on the rise are experiencing steady growth.
This is not the first time that the third position has changed hands. XRP has dethroned ETH in the past. USDT took the position in March after it surpassed XRP by a Mcap of more than $5 billion.
No Smooth Ride for Tether (USDT)

The current growth being experienced by Tether (USDT) comes at a time when the parent company, Bitfinex is under fraud investigations. At the New York Attorney General office on masking Bitfinex finances to a tune of $850 million.