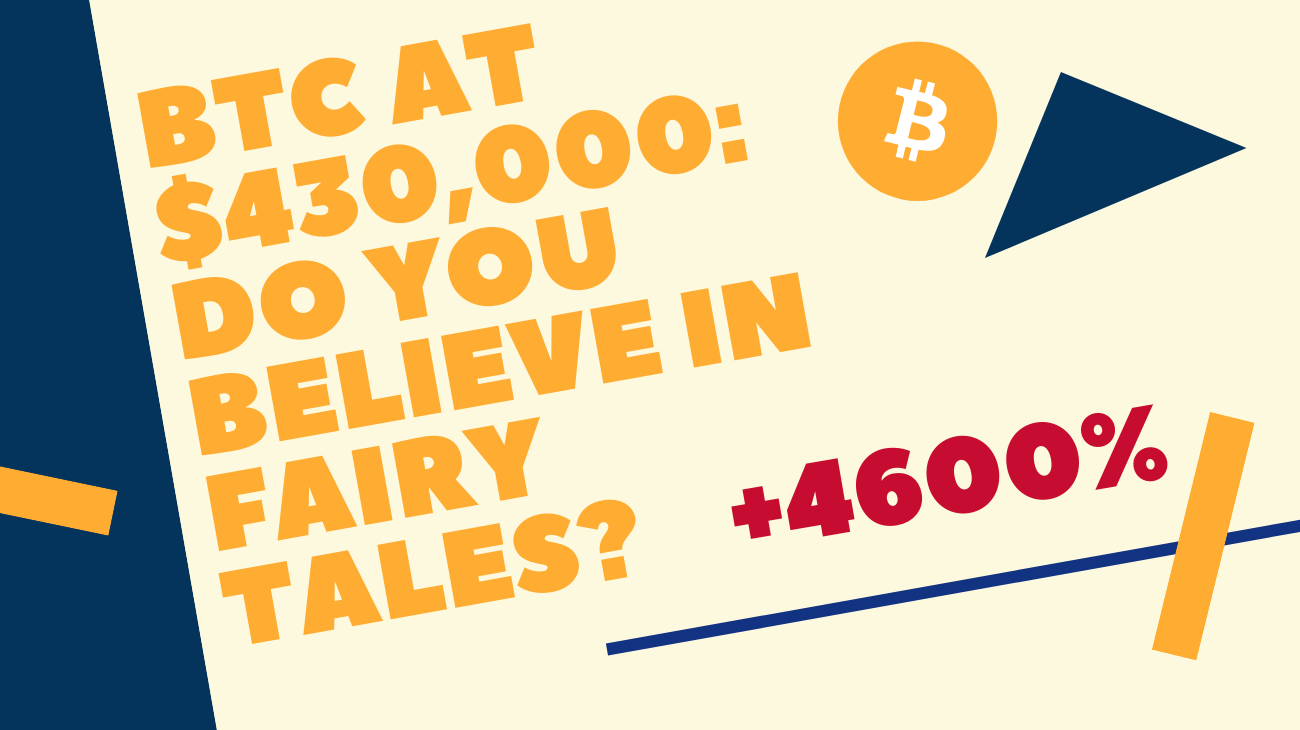 Bitcoin at $ 430,000 is a new forecast that emerged from the web, more precisely by the analyst Crypto₿ull (it has about 155,000 followers on Twitter, it followed, ok ..). The news also echoed on the cryptocurrency website dedicated to cryptopotato.com.

It is not the first time that we have read upward Bitcoin forecasts, above all of a consistent growth, but it is interesting to understand the reasoning behind it. In this case we are talking about a purely theoretical analysis based on a past event which according to Crypto₿ull could repeat itself.

The purely theoretical analysis of Crypto₿ull arises from a past movement of Bitcoin, exactly in 2017, but after a preparation of about 4 years.

In fact, at the end of 2013 Bitcoin had reached $ 1,100, a milestone considered unexpected by many at the time. However, for around two and a half years Bitcoin had experienced a downward trend that brought the price in 2016 to $ 420.

Market capitalization would rise to $ 8 trillion versus $ 208 billion today.

The analysis is purely theoretical, there are no fundamentals behind it, let alone supporting technical analysis indicators. It is an analysis based on a past event that could happen again and bring Bitcoin to shares never seen before.

According to this reasoning, we should consider ourselves open to any scenario for the future of Bitcoin and cryptocurrencies.

Today Bitcoin seems to have returned to a bullish phase, after having experienced a lateral phase of almost three months. In fact, the price has returned above $ 10,000 and at the time of writing this article is at $ 12,000.

It is difficult to imagine if it is a new long-term bullish scenario or a temporary upward exploit. A new data has emerged and it is important to underline it, Bitcoin is much less volatile than in the past.

The other cryptocurrencies are gaining ground these days, perhaps because they had more growth margins and have attracted many investors.

What do you think about it? Do you believe in fairy tales? Let me know yours in the comments

Thanks if you read this far, and see you next time!