Are Decentralized Exchanges Really The Future? How Have They Developed Over Time?
Ask Statera Project team anything - the AMA ends on Wednesday. $200 in DAI prizes are available just for participating in the AMA or tweeting about it! Join the AMA and ask your questions here. 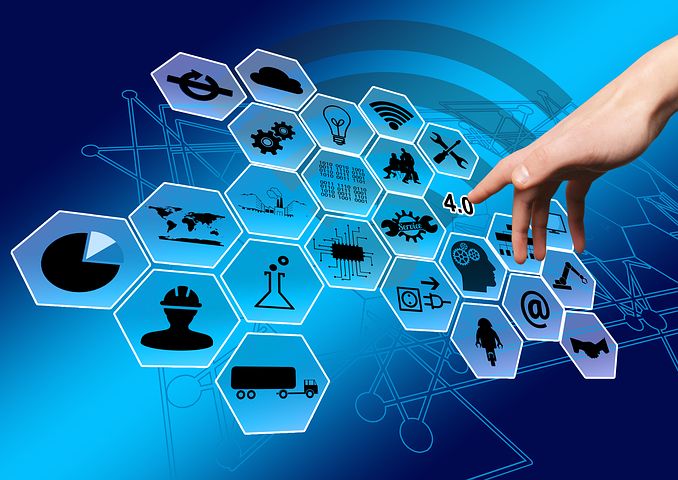 Are Decentralized Exchanges Really The Future? How Have They Developed Over Time?

There are over a million word used in daily conversation but if a single word could be itched from the heart of every blockchain enthusiast and believer; it is "decentralization". The word is the basis by which the concepts of blockchain and cryptocurrency foundations are built upon.

To cryptocurrency followers - decentralization isn't just a word, it is a revolution.

Bitcoin revelation transcribes the true power of its meaning. For the first time in history, two people with mutual or distant relationship but with common agreement can send over a currency with a real-world value across long distance in a trustless manner, without the need for a third party or witness, while at the same time ensuring the safety, fair settlement and privacy of both parties.

Cryptocurrency debut gave a new perspective to which we see money.

A true internet form of money is now represented and exchanged across different domains in a seamless and trustless manner, taking on the functionality of the internet itself and at the same time providing additional vital extensiveness to the use of the internet.

As much as cryptocurrency originate to create a decentralized financial ecosystem, exchanges where the majority of these assets are traded, are with centralized design. Operating with all disadvantages a centralized infrastructure has to offer.

Some of which are:

• There is insecurity of funds.

• Less control of owned assets by users which can be subjected to further censorship.

The purpose of bitcoin was to ensure the above-mentioned restrictions and challenges have no concrete roots in the proposed decentralized future.

To bring about this ultimate dream, the obvious solution is a decentralized market place.

The past few years had seen visionaries proposing solutions of various type to construct an ideal system that will tolerate the demanded trading activities.

Coming along with this, we have seen different creation of typical decentralized exchanges (DEX). Some good examples are DEXs like BitShares, Idex, Bancor, and Newdex.

Although the establishment of these DEXs brought about the realization of the initial dream, their use and functions have been way below the actual need.

Constructed with currently available fitting technologies, DEXs are plagued with many constraints and limitations.

• Inability to trade over the native blockchain assets.

These resulted to further constraint such as:

With the above-mentioned challenges, it is obvious that DEXs are not yet ready to be adopted as the primary marketplace for cryptocurrency trading activities and exchange.

Despite these shortcomings, decentralized exchanges have seen some encouraging progress in their development and use over time.

Here is a write-up illustration with matching dex-like examples showing their growth with time.

The first true DEX to be created. Bitshares was the work of the veteran blockchain programmer Daniel Larimer. Dan thought of the need to create a decentralized exchange framework with no single point of failure when earlier centralized exchanges like Mt.Gox were failing, became unreliable, suffering several major hacks that almost dented the future of cryptocurrency.

Well known for his innovative Delegated Proof of Stake Consensus, Dan design the Bitshares network using the DPoS algorithm - a scalable framework that can match over 100,000 tps, surpassing the capacity of both Visa and Mastercard combined.

Despite this high matching time and efficiency, Bitshares suffers from an overly decentralized system with a sophisticated setup. There is a market for stablecoins represented in the currency like bitUSD and bitEUR, there is a market for bonds, commodities, stocks and precious metals such as gold and silver which are also represented in a form, while a market also exists for cryptocurrency as a whole.

This sophisticated arrangement rendered the exchange a rocket science for many commoners, I personally also find it very difficult to understand how the system really works.

Though the problem with complicated use is one of the restrictions, Bitshares major problems arose from improper funding and governance. Interoperability is also another important setback as blockchain specific cryptocurrency are the only available choice of trading, killing off any chance of good adoption.

Idex uses the smart contract feature of the Ethereum blockchain to matches and executes trades. Constructed under a limited idea, Idex matching engine is relatively slow but is a much improvement over its predecessors 'EtherDelta'.

For the records, Etherdelta is reported to have a history of making traders especially the beginners lose money due to its very slow matching engine and sophisticated user interface.

Idex although suffered from low scalability in relation to Ethereum network capabilities, the dex boasts a nice user interface with other extensibility of being accessed from cold storage wallets like hardware wallet and dapp browsers like Metamask and Trust Wallet.

It is inarguable that Idex is an improvement over Bitshares, but in a much wider comparison these two are entirely different from each other, however, both provide a good overview for future design and areas to improve on.

Built initially to support Ethereum-based assets, Bancor Network gave another fresh perspective about how decentralized exchanges could operate and function.

Basically, the exchange could be regarded as an atomic-swap-like exchange. Assets are converted in real time using the market price feed instead of a limit order.

Bancor was famous for its hype with its initial statement as a 'fast liquidity network'. After suffering its biggest hack, freezing some accounts in the process, Bancor decentralized design was put to serious question.

Going offline to restructure its operation after the hacking incident, Bancor came back with even a bigger buzz - creating a feasible gateway to enable cross-chain conversion by listing trading activities for the EOS coins, which can be converted with foreign blockchain like the Ethereum blockchain.

I purposely decided to put this at the bottom of the list because of its much-improved functionality in terms of matching time and user interface.

Although built solely upon the EOS blockchain with very limited chance for foreign cross-chain communication as with current design, Newdex is a very encouraging development when it comes to good user experience and usability. I personally did not realize I just used a dex during my first encounter with the exchange. The user interface was simple and intuitive, I was very amazed by how fast my order was place and executed.

The basic need of a good exchange is fast trading execution and awesome user experience coupled with some essential need like security and reliability.

Newdex addresses these demands to some good extent. One drawback of this exchange is that it is blockchain-specific and with low volume. As for the volume; it's only a matter of time before more people discover the joy of the dex.

Reading through this post It should be noted that, with time, decentralized exchanges improve in one aspect or the other over older ones along with available technologies.

Innovations and developments continue to be directed at existing mechanism, therefore, it's only a matter of time before we finally arrive at that ideal solution for operating decentralized exchanges.

More promising, the recently launched Binance chain and the much awaited Binance dex could, in fact, changed the overall adoption and use of decentralized exchanges, but the issue with interoperability remains.

What awaits the future of dex is very unpredictable but there are positives to take from their evolution over time.

Personally, I can see a future where there is a functional ecosystem supporting the exchange of multi-currency network with a fair control of owned assets by users.

The future of DEX is bright.

What are your thoughts about the general overview of DEX? I would like to know in the comment box below.