What is Siacoin (SC)? [A Comprehensive Guide to Understanding Siacoin] 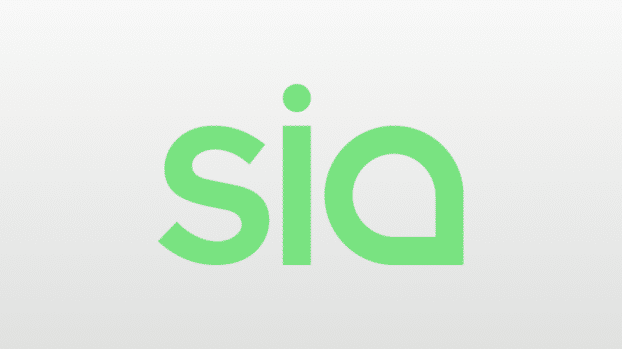 What is Siacoin (SC)? [A Comprehensive Guide to Understanding Siacoin]

There’s no question that blockchain is a revolutionary and innovative technology. Its distributed framework allows transparency, automation, and decentralization to create a true peer-to-peer system – without middlemen – allowing people to truly own digital goods, assets, and data.

Accompanying this revolutionary technology are cryptocurrencies, which are equally important because they enable new sharing economies at scale. Crypto allows people to store and transfer value peer-to-peer without any middlemen or centralized third parties.

Both crypto and blockchain enable new decentralized marketplaces that encompass new business models and empower individuals. They even have the power to reinvent and disrupt existing business models.

One such cryptocurrency doing just that is Siacoin (SC). Siacoin, or Sia for short, is a leading decentralized cloud storage platform that requires no signups, no servers, and no trusted third parties.

Sia is reinventing cloud storage by leveraging blockchain technology to create a decentralized data storage marketplace that is more robust and more affordable than traditional cloud storage providers. It hopes to compete with centralized competitors such as DropBox, Amazon, Apple, and Microsoft.

In the following article, I provide a comprehensive and subjective look at Siacoin (SC) so that you can fundamentally understand what Sia is and see the value proposition of SC. I delve into its unique characteristics, its history, purpose, partnerships, as well as its issues and controversies surrounding it.

By the time you’re done reading, you’ll fundamentally understand Siacoin and what sets it apart from other cryptocurrency projects. So buckle up and enjoy this comprehensive guide to understanding this decentralized file storage solution – Siacoin (SC).

Siacoin’s roots go as far back as 2013 when two undergraduate computer science students David Vorick and Luke Champine conceived the idea for Siacoin at HackMIT 2013. At the time most cryptocurrency projects focused on becoming a medium of exchange (a currency).

Vorick and Champine however, theorized a cryptocurrency that would create intrinsic value by using their token as payment for decentralized file storage. Then, just 1 year later in May 2014, the two entrepreneurs founded Nebulous Inc, the company behind Siacoin.

Shortly after Nebulous Inc. was created, they held a seed round raising $750,000 from investors including Procyon Venture and angel investor Xiaolai Li. They then raised an additional $500,000 through a crowdfunding campaign where “Sianotes” were sold on the NXT platform and, then later exchanged for Siacoins. Further funding came in 2017 via a $400,000 grant from INBlockchain. In total, Siacoin managed to raise a total of $1.7 million in funding.

While the Siacoin project was conceived in 2013 and “Sianote” tokens were sold in 2014, the actual Siacoin cryptocurrency didn’t launch until March 2015 in its first public beta release.

Therefore, the inflation rate has been incredibly high which is partially why the price has decreased so much since its high of nearly $0.10 in January 2018:

Siacoin is reinventing cloud storage by creating a decentralized file storage system that enables a new sharing economy where people are incentivized to rent out their unused hard disk drive space to earn Siacoin (SC).

The legacy cloud storage providers of today are centralized. So, when you store data “in the cloud”, your data is actually being stored on someone else’s server, rather than on your own hard drive.

The centralized servers in which your data is stored on can potentially be hacked, stolen, denied, altered, or analyzed by parties other than yourself. As well, storing data in the cloud can also be costly.

Sia enables cloud-based data storage that’s decentralized and secured by blockchain technology and smart contracts. With Sia, no one person, organization or government can censor or deny access to data. Therefore, Sia’s distributed and decentralized cloud storage technology is said to be more secure, more efficient, and more fair for the entire ecosystem.

With this in mind, the long-term goal for Sia is to become the foundational storage layer of the entire internet.

Some key attributes of Siacoin include: 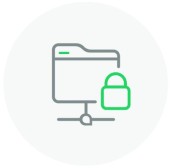 All files and data stored using Sia are completely private because it is encrypted and distributed via Sia’s decentralized network. Sia users always own and control their own data because they alone hold the private keys granting them access to their data. 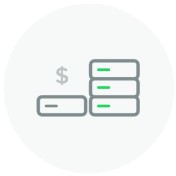 Sia’s decentralized cloud storage costs, on average, 90% less than legacy cloud storage providers. For example, storing 1TB of files on Sia costs about $1-2 per month, compared with $23 on Amazon S3. 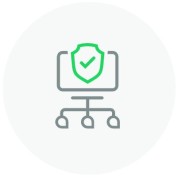 Sia distributes and stores redundant file segments on nodes across the globe.This eliminates any single points of failure and ensures a high level of uptime. 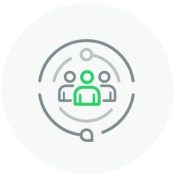 Sia’s code is completely open-source and transparent, enabling anyone to review the quality of the project and contribute to its development. The open-source nature of Sia has enabled a community of developers to build new applications on the Sia API. 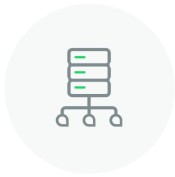 The Sia blockchain creates a decentralized storage marketplace in which storage providers compete for your business, leading to competitive pricing for storage. Additionally, Siacoin (SC), which is used as the payment currency for renting storage, can be mined and traded on the global crypto markets. 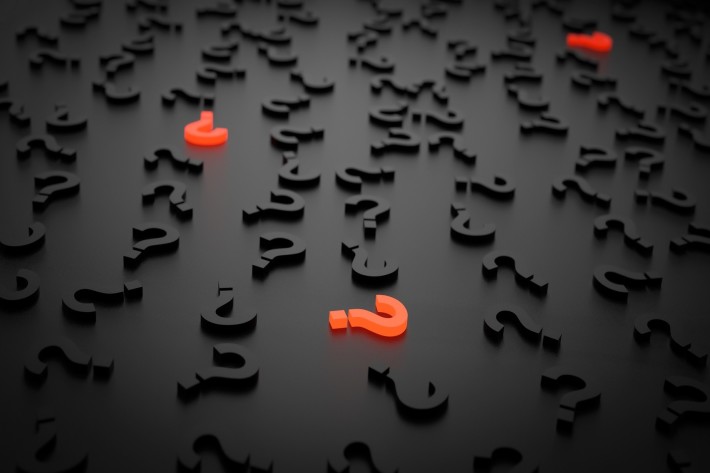 As you may already know, all cryptocurrencies suffer from various issues and controversies, Siacoin is no different.

The most recent controversy surrounding Sia brings us back to Siacoin’s beginnings when Nebulous Inc, the company behind Sia held a crowdfunding campaign selling ‘Sianotes’ to investors.

In light of this, Siacoin’s founders and its team of developers were recently fined $225,000 in October 2019. While this was some bad news, the good news is that Siacoin is not required to register with the SEC at this time and the project can continue as is, without changing anything.

Furthermore, another controversy surrounding Siacoin is the project’s lack of adoption, a problem plaguing nearly every cryptocurrency project. Therefore, it will likely take a while longer before Siacoin’s distributed file storage really takes off and the price of SC reflects it.

Currently, the Siacoin network has 302 storage hosts with a storage capacity of 2171.72 TB and 645.77 TB of storage is being used. Therefore Siacoin is a very long way away from mainstream usage. 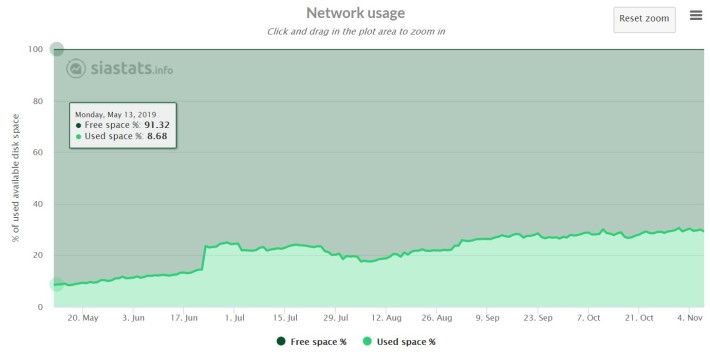 Unlike some cryptocurrencies, Sia does not have a multitude of partnerships. While some people view this as a bad thing, in reality, the majority of cryptocurrency partnerships are nothing to get excited about.

What’s more important, are adoption metrics, real implementations, and working products. This is where Siacoin is actually doing quite well. There are multiple products that have implemented Sia and they actually have real usage and adoption.

According to Sia’s website, the project has the following products and software implementations:

As for Sia partnerships, the project only lists various investment firms including: 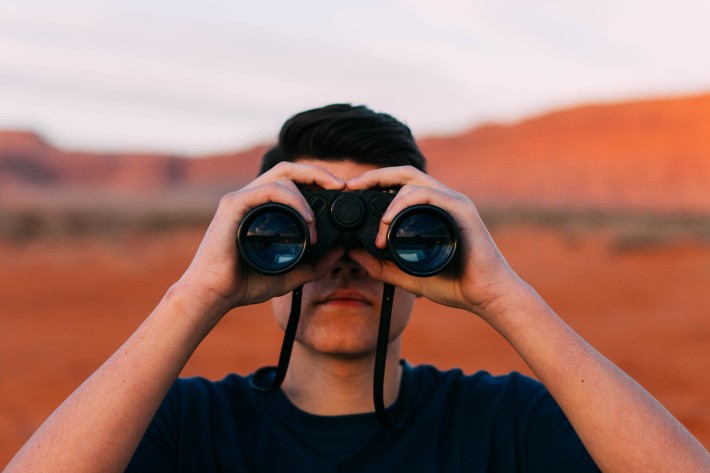 Siacoin is a promising cryptocurrency project that has a lot going for it. It’s easy to see and understand the SC token’s value proposition, and the project as a whole is something that could really take off. Sia’s distributed and decentralized storage network already has multiple working products and they’re seeing real-world usage and adoption.

However, Sia’s rate of adoption has been slow and it has negatively affected the price of SC as a result. But perhaps the price will increase as we enter another sustained bull market and the mainstream learns more about blockchain and crypto.

What do you think about Siacoin (SC)? What’s it going to take for Sia’s distributed cloud storage solution to become widely adopted? Let us know what you think in the comment section below. 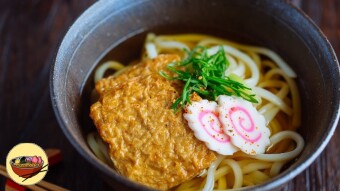 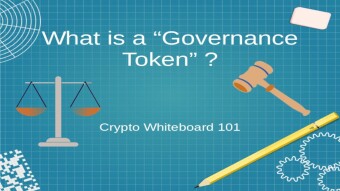 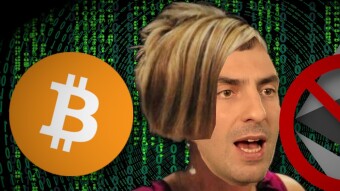