What is Augur (REP)? [A Comprehensive Guide to Understanding Augur] 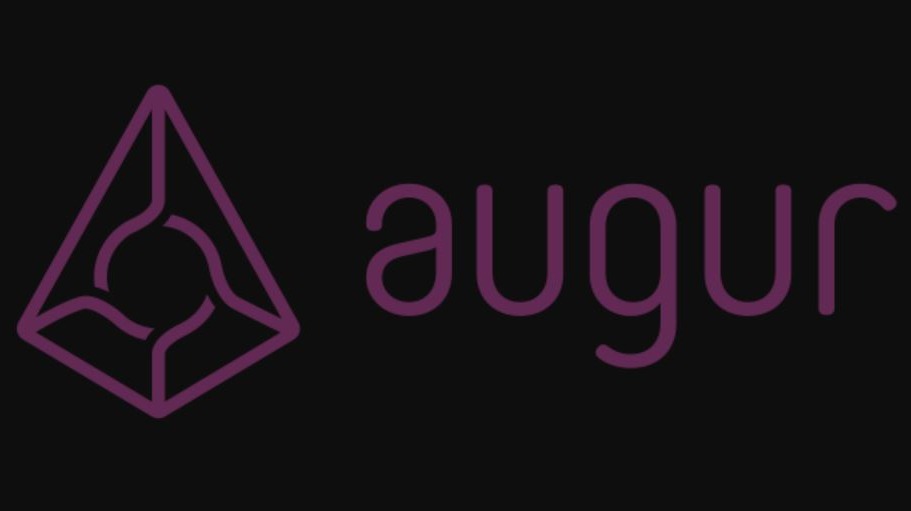 What is Augur (REP)? [A Comprehensive Guide to Understanding Augur]

Since the gambling and sports betting industry is booming year after year, there is a constant influx of new businesses trying to get a piece of the cake. This has proven true in the crypto industry as well, where dapp development platforms like EOS attribute 70 percent of their overall traffic to gambling dapps and TRON attributes 95 percent of its network activity to gambling-related dapps. Ethereum, however, is much less than this at only 2 percent, largely because the DeFi (decentralized finance) industry makes up the majority of network activity.

Nevertheless, the online gambling and betting market are booming and if you apply the decentralized nature of cryptocurrencies combined with smart contract capabilities, the potential to create something truly revolutionary arises.

One such project doing just that is Augur (REP) – a decentralized prediction market platform where anyone can place bets on literally anything. Bet on sporting events, political outcomes, economies, weather, natural disasters, market crashes, cryptocurrency prices, and much more. With Augur, you bet on the outcome of future events that anyone, anywhere in the world can create to get monetary prizes. The less likely an event is to occur, the bigger the reward you can earn predicting its success.

In the following article, I provide a comprehensive and subjective look at Augur (REP) so that you can fundamentally understand what Augur is and see the value proposition of REP. So buckle up and enjoy this comprehensive guide to understanding the most popular crypto with a decentralized prediction marketplace – Augur (REP).

Augur is a decentralized oracle and prediction market platform built on the Ethereum blockchain. The project was founded in 2014 by Jack Peterson and Joey Krug with support from the Forecast Foundation and advising support from Intrade founder Ron Bernstein and Ethereum founder Vitalik Buterin.

The total supply of Augur (REP) is 11,000,000 and all of it is now in circulation due to people earning it through any of 3 different ways: 1) by providing truthful reports on the outcomes of market events, 2) be creating markets for participants to bet on, and 3) by earning REP through bounty programs.

To put Augur’s history in perspective, it’s one of the oldest ICO’s and one of the first decentralized applications (dapps) on the Ethereum blockchain.

As previously mentioned, Augur is a decentralized oracle and prediction market platform on top of the Ethereum blockchain. It brings blockchain technology to the online betting and prediction community and provides participants with a range of benefits not found anywhere else due to its decentralized and censorship-resistant nature.

See what makes Augur different and better than traditional prediction markets below:

Non-Custodial
Augur is a decentralized cryptocurrency built on top of Ethereum, therefore, nobody else has custody of your funds. Augur is owned and operated by the people who use it, meaning there is no central authority to shut it down and steal your funds. It operates on the global decentralized peer-to-peer Ethereum network.

Low Fees
Augur is 100% peer-to-peer, meaning there is no third party making money from your bets. Fees go directly to market creators and reporters, which creates a healthy marketplace with accurate data.

Liquidity
Augur participants can buy as many shares in an outcome as they like and sell their position at any time, provided a willing counterparty. As well, anyone from anywhere in the world can participate in Augur’s prediction market, adding unprecedented potential for liquidity.

Open to All
Augur is a decentralized and permissionless protocol, meaning anyone, anywhere in the world can participate in & create markets.

Now that we understand what makes Augur unique and gives it purpose, let’s delve into how it all works.

How Does Augur Work?

First of all, there are three primary actions available to Augur participants:

Anyone can create a market for an event that takes place or is expected to take place in the real world. The number of events used for prediction markets is virtually limitless and can be anything from “Will the price of Bitcoin reach $20,000 before the end of 2019?” to “How many likes will this meme get?”

Just like how anyone can create markets, anyone can participate in market events by buying and selling event shares. You can buy shares to go long on an outcome or sell shares to go short. Trade your shares and take advantage of fluctuating share prices or wait for the outcome to resolve. If you hold shares of the winning outcome, you'll get a payout when the outcome resolves, sent straight to your Ethereum wallet.

The third way to participate in Augur’s decentralized prediction marketplace is to stake the REP token (short for “Reputation”) to report on the outcome of events for different markets. The reported results are sent to the smart contract system, which is where Augur’s decentralized oracle system comes into play. The outcome is determined based on the submitted reports and if disputes arise, there are several steps involving REP token holders and staking that comes into play. 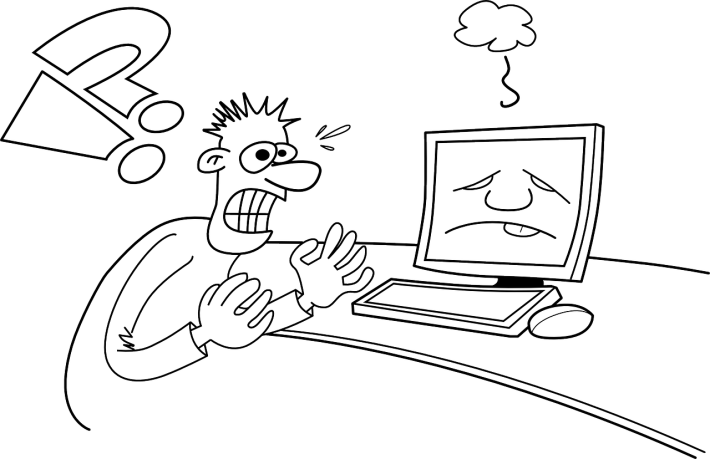 All cryptocurrencies suffer from some level of controversy and issues, Augur is no different. For instance, its earliest controversy was in 2016 when Augur was at the center of a hacking scandal involving an early participant and supporter of the project. Later in the projects life in 2018, REP was one of four tokens removed from Japanese exchange Coincheck to comply with regulations combating the Financing of Terrorism and Anti-Money Laundering. Also in 2018, it came to light that controversial “assassination markets” were traded on the network, where participants bet on the death of public figures.

As for Augur issues, a study from Binance Research concludes that for the majority of Augur prediction markets, participation rates are incredibly low. This was said to be caused primarily by the complexity of the entire prediction market system, overall user experience, and potential attack vectors resulting in manipulation and disputes.

All of Augur’s controversies and issues aside, it’s important to note that nearly all dapps have incredibly low participation rates and suffer from issues early on. Augur is still relatively new and has various hurdles to overcome. In the end, Augur is a very ambitious project attempting to do something no project has done before – create a decentralized prediction marketplace.

The decentralized Augur protocol itself is the working product from Augur. However, in order to use this protocol, Augur has collaborated with various companies to help bring their product to users.

When Augur first launched its mainnet in 2018, it suffered from major user experience (UX) issues because it launched with poor infrastructure. The Augur protocol itself was sound, but the infrastructure powering it was not. This is because Augur launched with a free third-party node service that was slow and unreliable.

Alchemy has provided Augur with reliable, fast, and scalable infrastructure that syncs over 3x faster than existing solutions and has reduced user complaints by 98%. The Alchemy and Augur partnership have proven to be very important as it helped Augur work better for its users, thus enabling the team to continue working on their core product. 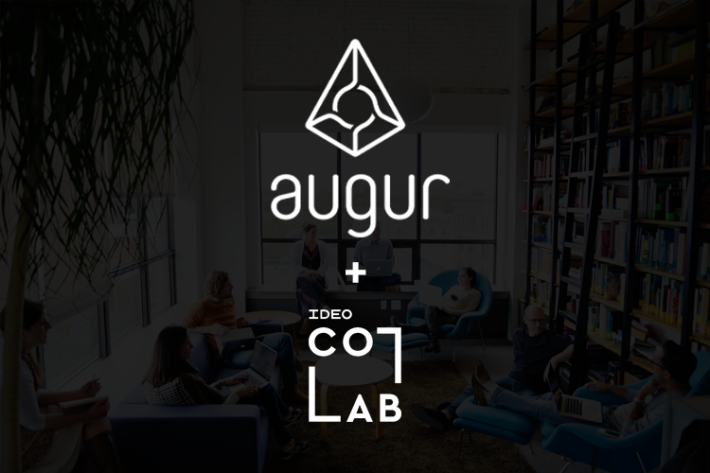 Another partnership of similar stature is with the global design company, IDEO. IDEO and its CoLab division will explore design principles for Augur decentralized applications, with a focus on intuitive, easy-to-use user interfaces for cryptographic and blockchain applications.

As for future partnerships and developments, Q1 2020 will see Augur v2 ship with the 0x protocol for cheap order creation, modification, and cancelation, as well as MakerDAO's DAI crypto as the settlement currency. Also, a new scaling solution will be integrated for higher throughput and low latency.

After those releases, Augur will be launching new user interfaces for both mobile and desktop as well as new market-making tools. 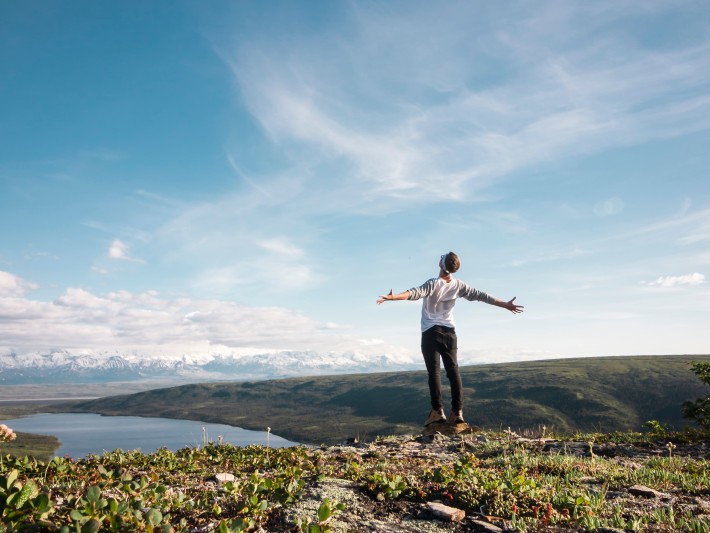 Augur is one of the oldest and most ambitious projects built on top of Ethereum. It’s the world’s first decentralized marketplace for prediction markets and is aiming to revolutionize the world’s betting markets.

The project has loads of potential and is a leader in its niche, but must overcome some serious hurdles before going mainstream. All in all, Augur is a project to keep your eye on as it’s one of the most interesting out there and has big things coming in 2020.

What do you think about Augur (REP)? Will its protocol revolutionize online prediction markets and the betting industry? Let us know what you think in the comment section below. 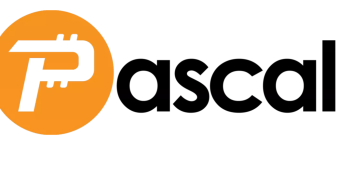