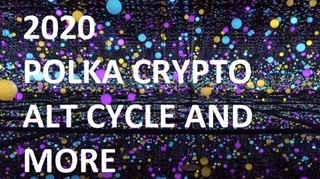 Introduction - Are You READY !

You would be hard pressed to prove we are not in the beginning of the start of a new crypto expansion cycle. This, for me is confirmed by two key indicators:

Let’s take a whistle stop tour...March 2020 saw C19 inject fear and change into global markets where many market traders of all variety hopped into the safe haven of the U.S. dollar. As the C19 drama unfolded we all heard assurances from world leaders and central bankers indicating a firm ‘v’ style recovery and the promise of the so called quantitative infinity, aka "print-enough-money-to-keep-the-illusion-of-real-growth-and-progress-chugging on". On reflection, world leaders are keeping to the promise as it is estimated that $7 trillion has been injected into the U.S. economy alone. Therefore given this fact it is no wonder we are seeing markets go beyond a "v" shape recovery and resembling something more like a tick shape. In fact the C19 narrative has provided the perfect circumstantial / deliberate reason and excuse for markets to continue the expansion. This, includes the new global cryptocurrency market, yes relatively speaking it is still "new".

So, as we are now experiencing the already easily forgotten effects of the May 2020 Bitcoin halving, the markets key index coins scarcity is now taking effect and is thus working its new wave of scarcity magic (simple laws of supply and demand). In turn this is enticing crypto veterans as well as new blood to jump into the crypto market where the fun has just begun..

OKAY! Listed below are what I believe to be the altcoins that will gain significantly as we enter the start of this new bull market and resultant bull run..

Coming straight in at Number one are both POLKA DOT (DOT) and KUSAMA (KSM), (and yes I appreciate they are two separate projects in their own right). Ultimately they are the duel entities that drive the entire Polka dot ecosystem but abstractly they operate as one.

Okay, lets see why they claimed my number one position:

Both Polkadot and Kusama are relay chains, the reason they operate as two separate entities is entirely novel in within the crypto space. Ultimately DOT is the foremost relay chain of the entire polka dot ecosystem, where at heart interoperability (uniting and assisting every other blockchain) as well as staking, governance, hosting parachains (ill get to this part soon) and security are core functionality. To compliment the polkadot Parity created Kusama where in essence it hosts the full functionality of POLKADOT but its core purpose is to seek out new innovation and give fair opportunity to test whether there is any value in whatever innovation is been powered by the Kusama network relay chain. A good way to view the relationship is to deem Polka dot as European nations in the sixteen hundreds, where Kusama is the naval fleet whose sole purpose was to discover new land and opportunity. It is also important to stress Kusama will also be a live functioning network that already has a host of parachain's building their experimental projects on Kusama - aka the canary network. Acala, Moonbeam and Robonomix are already building on Kusama.

So, What are parachains? Parachains are the blockchains that will be hosted by Polka dot and Kusama and therefore share the properties of their parent relay chains. However, right now there are only a finite number of parachain slots available and the only way for the parachains to operate on Polkadot and Kusama are to be either voted in by DOT and KSM holders or to have the funds in DOT and KSM to lease the sought after parachain slots. Importantly, if you are a DOT or KSM holder your tokens can be used to vote in say ACALA parachain (or any other parachain contender), in return ACALA will reward you with ACA tokens. The parachain launch mechanism is still been devised, but one thing for certain is this is only the beginning for the polkadot ecosystem.

One thing to consider are the marketcap’s of DOT and KSM, where at the time of writing DOT is $6 Billion and KSM is only $380 million. So if you are considering buying into this ecosystem it is imperative that you consider the upside potential and adjust according to your risk reward appetite . Personally, if it stays the same I would invest a greater ratio in Kusama, but for the more conservative type it may prove wiser to go more on Polkadot, though this is not advice this is just my personal opinion. 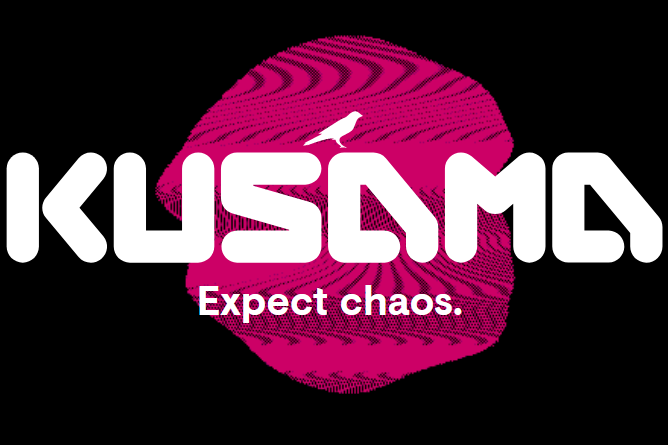 ChainX is a Chinese project and an early mover within the Polkadot ecosystem. Its primary purpose is to bring Bitcoin within the polkadot ecosystem. PCX actually stands for Polkadot Chain X. The tokenomics of PCX are very competitive, where alike Bitcoin there will only be 21 million PCX however there are only 6 million PCX in existence, and of this 6 million around 70% are staked and yield fantastic annual percentage returns. What’s more Chain X has halving periods every two years. It has recently been decided Chain X are in talks to launch an innovation led sister project on Kusama, so far this is known as Kusama Chain X (KCX). Due to its low market cap ($51m) and sheer innovation I believe Chain X could be the one that surprises many in achieving very significant gains.

In an environment where Proof of Stake is growing in acceptance Kadena has successfully created a scalable Proof of Work blockchain that will among other innovations host scalable smart contracts. Right now, this is an absolute rarity, it is almost a false acceptance that Proof of work chains cannot scale . However, with the novel and ground-breaking method built by KDA this proves there is a clear option for enterprise level interest to scale on a Proof of Work model.

Right now KDA sits at around 60 cents with a very meagre market cap of $25m. Considering its connections with Chainlink, Coinbase Rosetta and Polkadot this one could be a classic that is being overlooked by everyone. My take is it will only take the approval by a major voice to verify the methods employed by Kadena and given its very meagre market cap the upside to this is absolutely tremendous. For me I deem Kadena as my contrarian contender with the potential to gate-crash the status quo.

Sometimes it is good to mix up your methodology and try a new approach. I admit the key reason I invested in OM was purely because of the technical analysis coupled with it been a very early polkadot project.

MANTRA DAO is an ecosystem built on Rio Chain and positions itself as the leading gateway to cross-chain, multi-asset DeFi services. Using the MANTRA DAO platform, users can access a broad array of services such as the Multi-Asset Staking & Lending Platform. Also, MANTRA DAO incentivizes its users to support the ecosystem with its Merit-Based Reward System.

Unibright was my star hold for the first part of 2020. I have researched its potential and functionality where I concluded the price could achieve a of and the team will deliver and as I predicted they did (covered here). In August it was announced Coca Cola Co would be using their method via baseline protocol to record and track business on the Ethereum blockchain. This news alone should have propelled the price to significant highs however what was seen was a significant sell-off but a direct result was the number of UBT wallets increased. Temporarily this resulted in stagnant price action during a critical period of overall market growth. Despite this disappointing period it is clear that a significant volume of UBT has been taken off the market and I expect a significant breakout where in all eventualities it actually achieves what I predicted it to achieve, $10 at minimum. It is worth keeping in mind we are now in a market cycle where many projects have been planning and scheduling major releases and UBT has to compete with other teams who have greater resources to make significant impact.

Below are the unreleased projects whose token offerings I believe will have major upside in terms of potential percentage gains. It would be wise to keep track of these potential upstarts:

As an investor you must operate duality – support a project like you would a sports team but know when to pull your support in order to grow and ultimately survive. Know when to be aggressive and capture the likelihood of major growth by operating a diverse portfolio of assets. Equally know when to be defensive and invest in safer assets when markets go on general down turns.