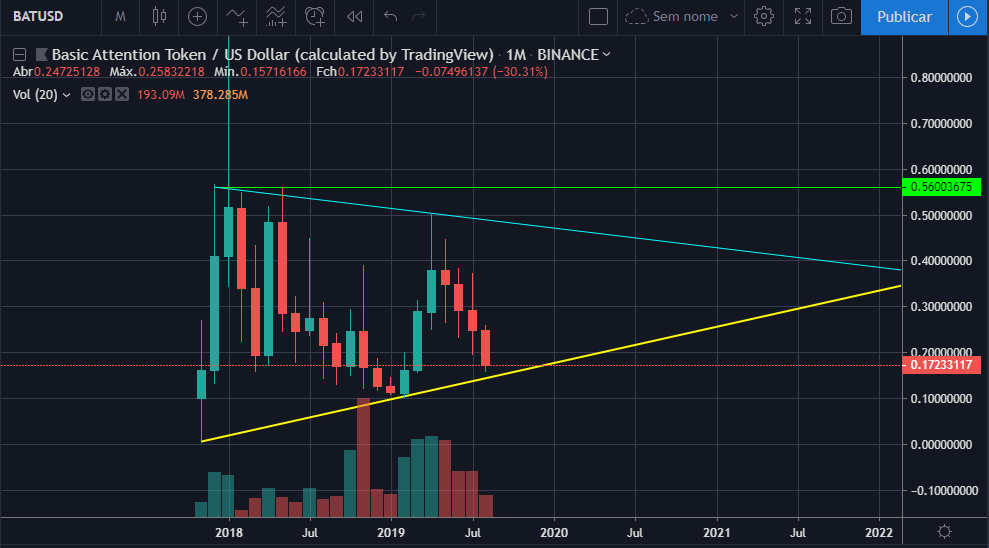 Before starting the graphical analysis, let's put some important project weights. Brave, as we already know, is a very promising project and cryptocurrency could reach the moon in the not so distant future. With this, it is important to note that the value that cryptocurrency had in the early months were so high because of the speculation and hype behind the project. After that we can observe large price fluctuations and currently a very high drop. However, the number of people who join the project, download Brave and earn and use BAT increases considerably every month as can be seen from the chart below. 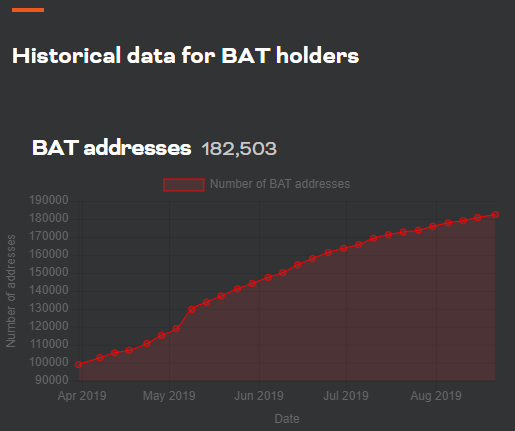 From the monthly chart it is possible to trace some important support and resistance zones on the chart, this shows us the formation of an initial diagonal triangle, whether this will result in a currency rise or a big fall is what I will try to elaborate through this brief analysis. . 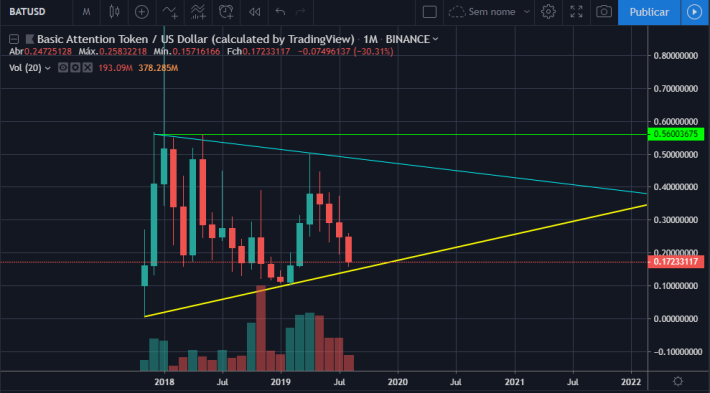 Over the past four months BAT has entered a sharp downward trend that is driving the price into the support zone. Analysis of the trading volume shows us that the bears are losing strength and the current level of trading matches the bulls' entry level previously, so it is likely that in the coming months we will see the price seeking resistance in the house. $ 0.37 and thereafter hitting $ 0.45 at the beginning of 2020.

Going down to the weekly chart you can see other indicators that give us another view of the market. 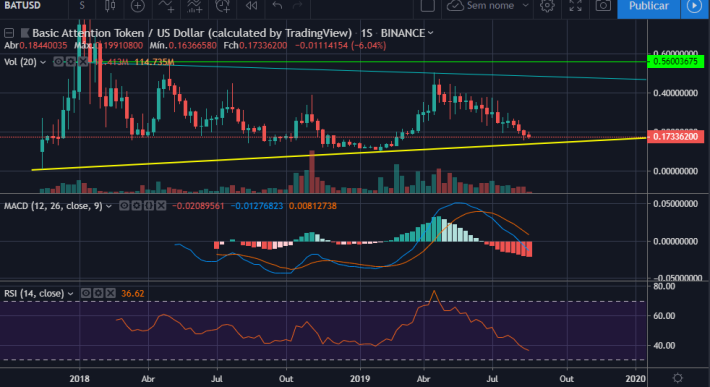 The RSI indicator has fallen below its resistance at 40 and is verging on the bearish trend, if this moving average can stay above the 35 zone is still a good sign, indicates that the market is neutral and there is a possibility of a reversal of downtrend. It is important to note the size of the candlestick shadows on the weekly chart, this indicates a fight between bears and bulls (which the bears are winning) as we can see the MACD shows us this dispute, the histogram and moving averages still show us a movement. downward trend, so in the short term the trend is for it to continue to fall or lateralization until the trend reverses.

At worst there is the possibility that there will be no trend reversal and the price will stick to the support shown and seek lower support around $ 0.12. If this hypothesis arises we can see a lot of resistance to the price reversing its trend and a discouragement of the loss over a long period.

thanks for reading :D