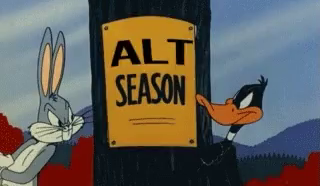 Cryptocurrencies are known not to be bitcoin-backed, but there is a relationship between their price. Many analysts prefer to analyze crypto pairs with BTC rather than USD, this is not wrong (after all, who am I to say what is right or wrong?) But gives us an idea that they rely solely on bitcoin. The fear relationship between traders is clear: whenever the price of bitcoin falls there is a chain reaction that causes traders to sell all their assets by devaluing the price of currency X at the same time as bitcoin. The cryptocurrency market is divided between the dominance of bitcoin and that of other currencies, so the smaller the dominance of bitcoin, the more distributed and valuable the other currencies are. In this article I intend to do a bitcoin graphical analysis to understand if we are getting back to the time when the altcoins will appreciate or continue where they are now. 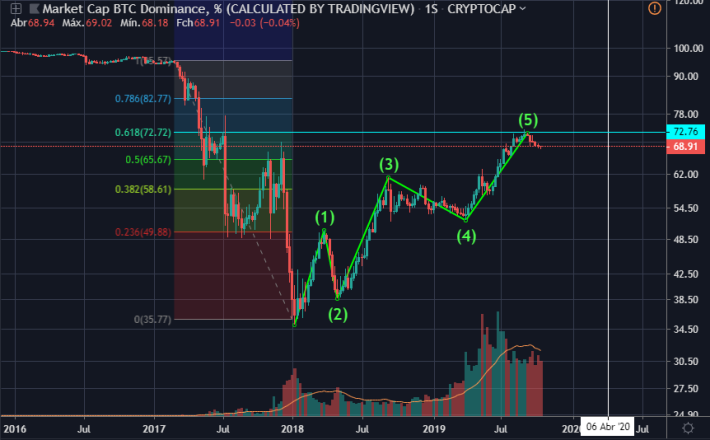 The last altseason was the period when I designed the fibonacci retraction, we can see from the weekly chart that the .618 retraction marks a support that has been respected a few times in 2017 and now recently too, this is probably the top dominance bitcoin will reach. It is also interesting to note that the period in which altseason begins (February 20, 2017) coincides with the period in which bitcoin entered its higher grade 3 wave and, by my counts, we are reaching exactly that point. 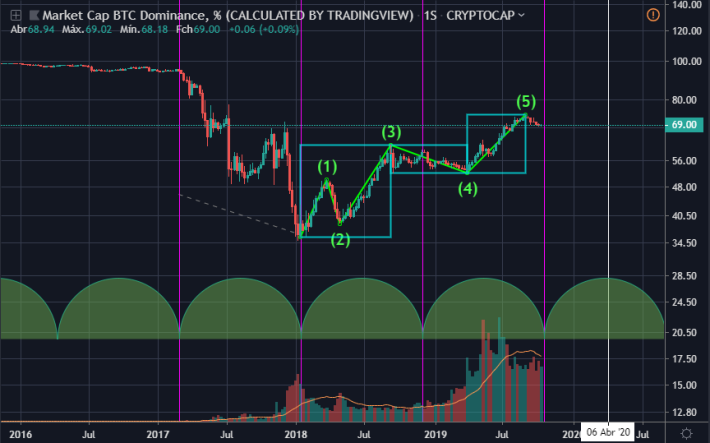 Using some tools for cycle metrics we can clearly observe these price-time relationships when we look at the period when altseason occurred. At first I traced the purple lines, the first ones show the total time that bitcoin dominance fell, then these cycles that, in short, show the same thing. We now have these two indicators showing a price reaction in the week of October 21st. This week apparently will be very important because it has price action indications in several graphs (such as bitcoin and ethereum that I will do an analysis and relationship between them in the coming days). 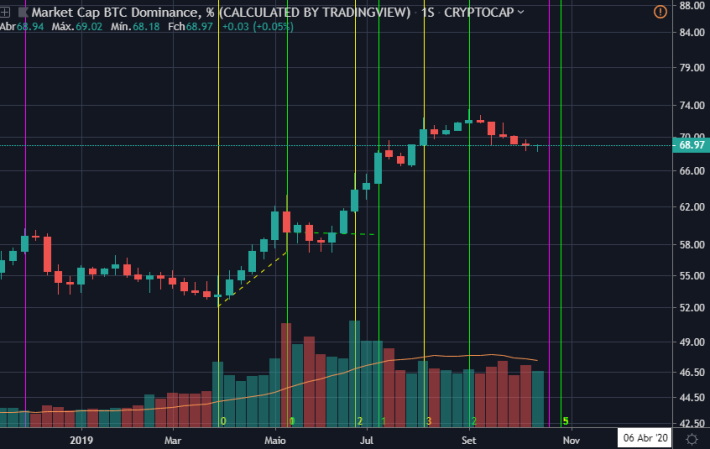 Tracing time pivots in the very short term we can see a confluence of time in the week of October 28th. This shows us that in addition to the long-term projection we have short-term confirmations that short-term price reactions will occur, it is also interesting to note that currently dominance is attempting to pierce point 0.236 of the fibonacci retracement. 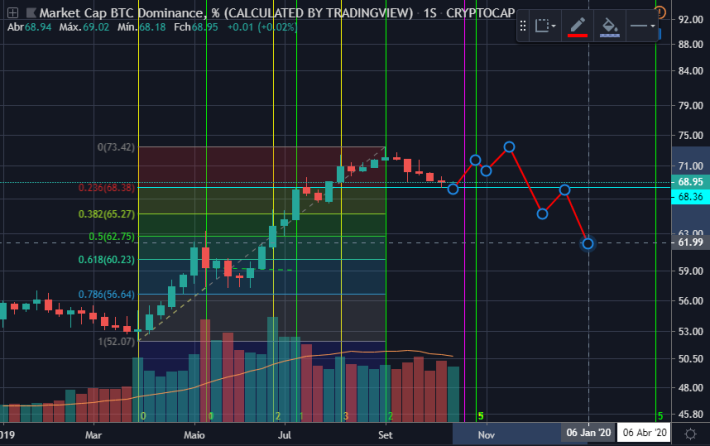 The possibility that I project is that this time pivot indicates an attempt at dominance to go up and retest the .618 retraction point and, if it serves as a resistance, the dominance will fall near the bitcoin pump, see the image below: 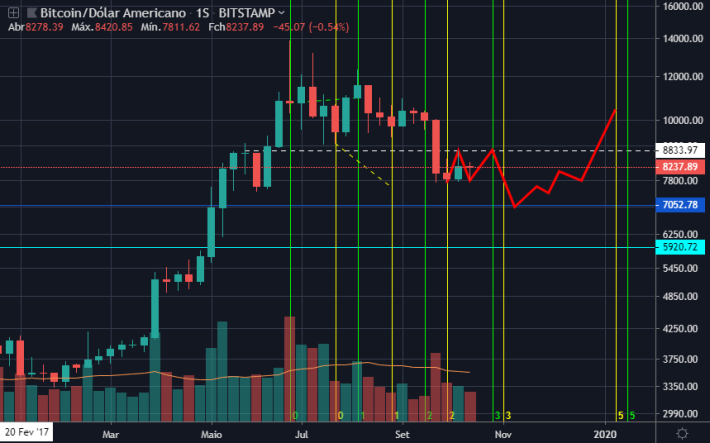 Here on the bitcoin chart we can see the same relationship with the time pivots marking the zone near the end of November, if this happens we will have exactly the expected effect on the dominance chart, people leaving the altcoins and buying bitcoin. I will look more closely at this bitcoin chart in the coming days.

[And yup, my last prediction was correct, the price growth to $8.800, I hope you made good profits from it]