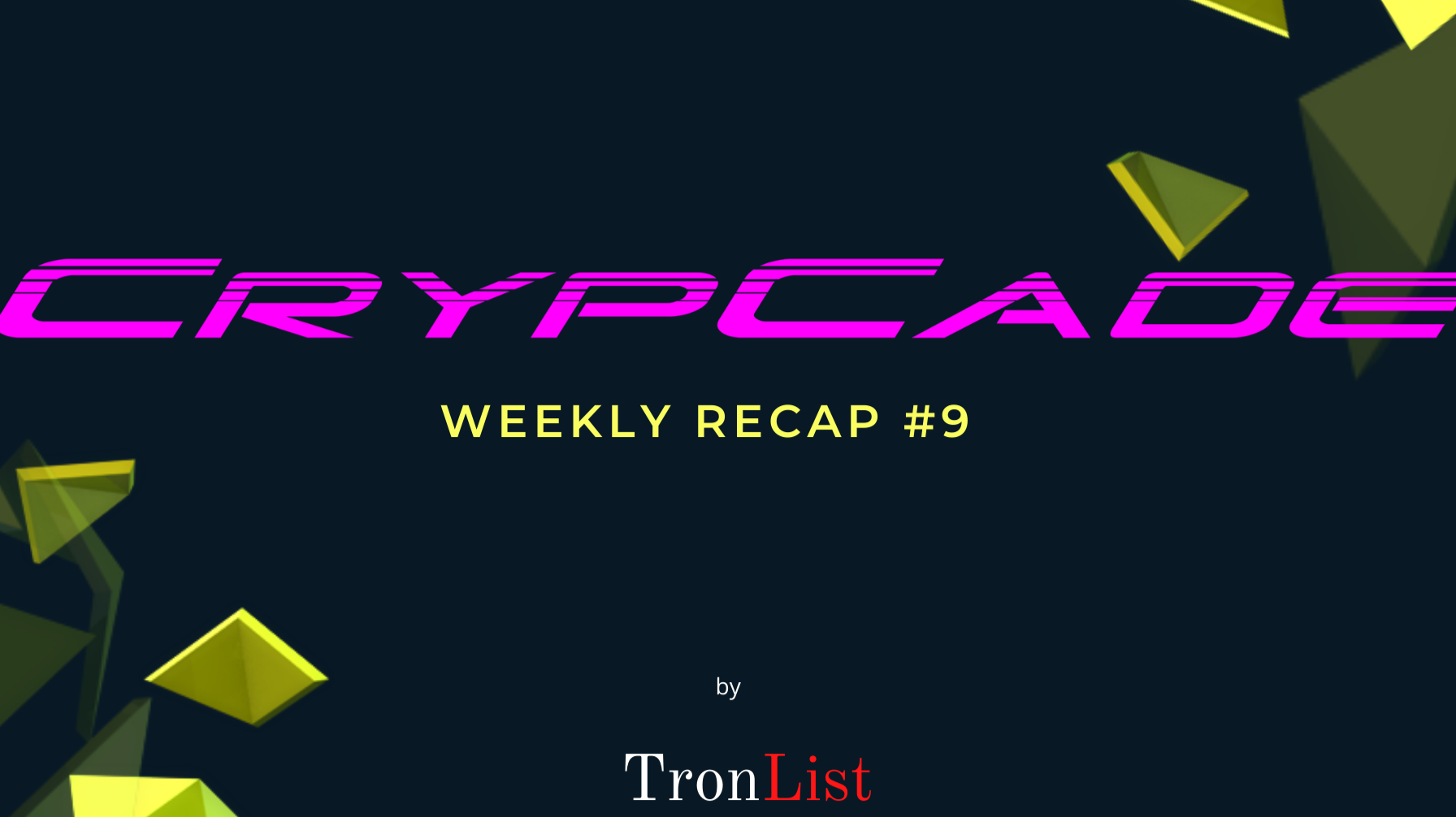 Did you hear the latest announcements about CrypCade.io? Have you already bought a Box and started earning daily dividends? What can we expect next from CrypCade? In today’s weekly recap we will answer all those questions and much more.

If you have been playing at CrypCade.io recently you might have noticed that the pool has been lower than usually. What is the cause of that – well players winning! It is just another fact that proves that CrypCade.io provides a fair and legit gaming experience.

Around 5 million CADE was mined in the past week and the daily dividends stayed in the range of 657-11 071 TRX. Current mining price is:

We have mentioned in the past that CrypCade offers the best Slot Tournaments and we really mean that. A new Playson Tournament with a Prize Pool of 60 000 Euro just got announced starting today:

What to expect to see in the future from CrypCade?

Well, besides the obvious things like more games and more exciting tournaments CrypCade made a major announcement this week:

MATIC and ETHEREUM will be released on 21st of September (next week)! Soon you will be able to roll with those two big crypto currencies – that will certainly attract many new players. If and when players will start receiving dividends in those two tokens too is yet to be announced by CrypCade but we will definitely keep you posted!

For those of you who don’t want to play and prefer to simply invest – now is the perfect time for you since CrypCade just announced that their Boxes will now give up to 5x Mining Bonus!

It was another full of exciting news week for CrypCade.io. The new Playson Tournament got announced, Mining Bonus for the CADEBoxes got higher and we got the the launch date of the integration of MATIC and ETH to CrypCade. Exciting times are coming especially with the ARCADE Section coming soon! Thanks for checking out our article and let us know what you think about CrypCade.io in the comments.

Remember to always do your own research before investing.