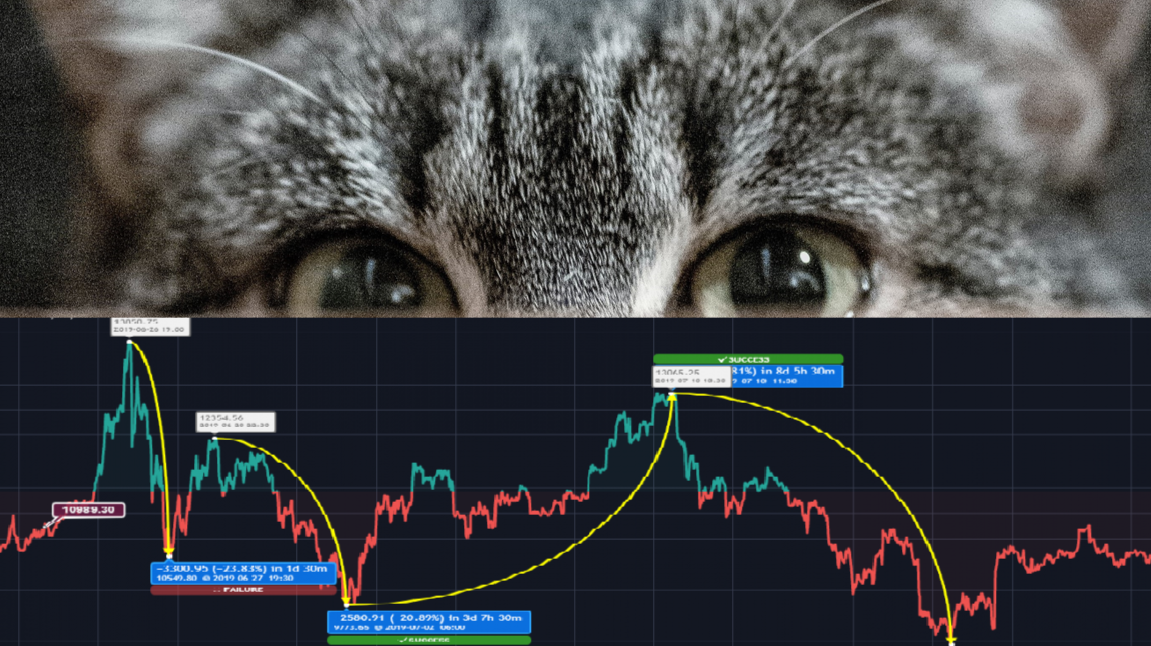 Today’s chart that the cat dragged in is trying to capture the fundamental value of ETH. Crypto is in a peculiar spot, where we actually have more access to information then in the stock market (not to mention Forex) but on the other hand universal tools and metrics of appraisal are not yet established. While technical analysis seems to work just fine, like on any other candlestick chart, fundamental analysis seems to be lagging behind. NTV Ratio is trying to fill that gap a bit, providing one way of measuring value of a coin based not on promises but on actual "work" that is being done in its system. 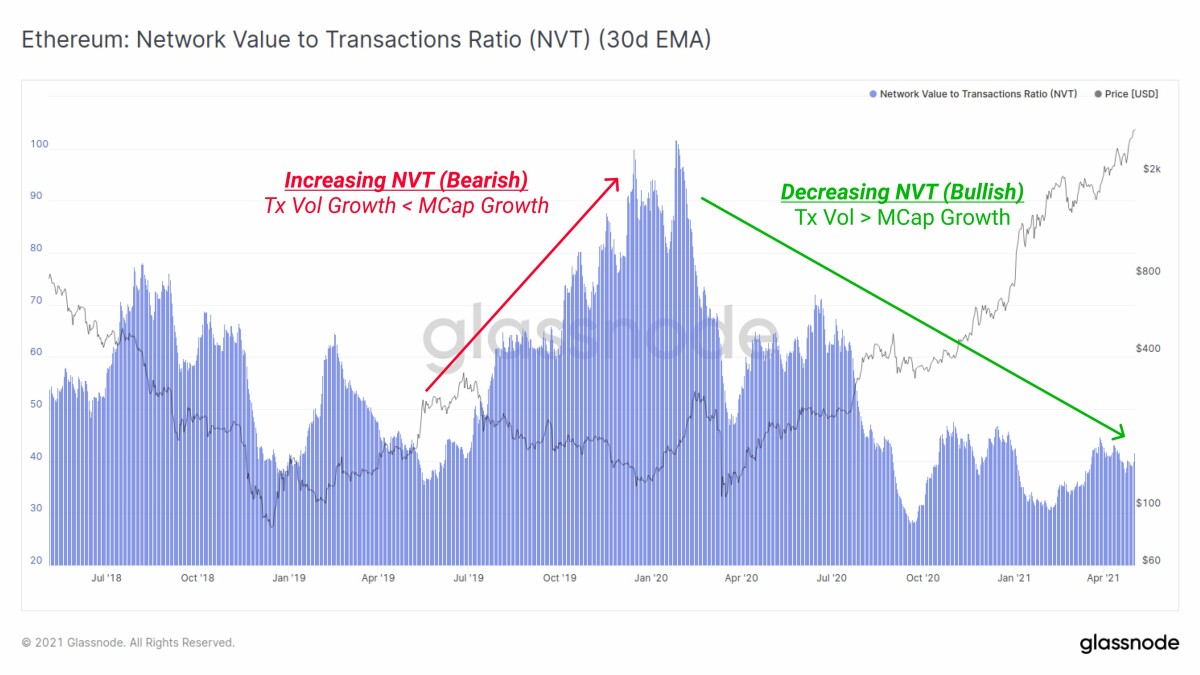 Some friendly paws already drew all green and red lines, so after one glance you know whether to sell your kidney for more ETH or not - no comment on bullish or bearish outlook of this chart seems necessary... right?

But what is NVT Ratio?

NVT Ratio is calculated by dividing the Network Value by the daily USD volume transmitted through the blockchain. "Network Value" is nothing other than just Market Cap which should sound way more familiar to you (but just in case - it is the number of coins in circulation multiplied by the price per coin).

This metric was devised in 2017 by Will Woo explains his logic behind the Network Value to Transactions Ratio in a Forbes article as follows: “We have a price per token, but it’s not a company so there are no earnings to do a ratio. However since Bitcoin at its essence is a payments and store of value network, we can look to the money flowing through its network as a proxy to company earnings. [...] The value transmitted on the Bitcoin blockchain is closely tied to its network valuation. The idea that we can use the money flowing through the network as a proxy for network valuation is valid."

This was the most cited part of mr. Woo article. The one less cited goes as followed:

NVT Ratio can not reliably determine a bubble ahead of time, but it is very useful for discerning between a crash or a consolidation after the price has peaked.

To get a handle on using this tool I highly recommend visiting the original source of NVT Ratio provided by mr. Woo himself. It's a fun tool once you get around using a bit odd chart's interface.

I do think that fundamental metrics are something we really need in cryptocurrency space. Without them, there is no way telling are we going to the moon, or have we past it and are approaching the sun head-on. But bear in mind that NVT is by no means as established in crypto space as P/E is in the stock market (although they are compared a lot) and that both have a substantial lag. NVT takes into account total value of on-chain transactions, it doesn’t factor in the number of transactions or the number of original addresses participating in these transactions. It is also blind to transactions happening inside closed ecosystem of exchanges, that are not reflected on the blockchain. IMHO it might be actually better suited to measuring smartcontract platforms like ETH than store of value coins like BTC - number of times something of value has changed hands not necessarily means it's more valuable, while the value of transactions on a smartcontract platform may serve as a metric of its utility and trust it has among investors.

Remember - even the creator of of NTLV Ratio admitted it is not suitable for detecting bubbles - the fact that it remains on low values is a good thing, but seeing it as a confirmation, in my opinion, would be a mistake. Same as the lack of thunder not necessarily confirms a good weather.

So, while I don't disagree that dropping NVT Ratio is bullish in a long term, I will keep in mind relevant timeframe and avoid making assumptions about short term movement of price on this basis - and I think so should you.

Zen Faucet - dropping once a day, straight to your wallet, without min. withdrawal or transaction fees

This is not a financial advice – I’m no financial adviser, nor is this legal advice – although I’m a lawyer. This is no advice at all, seriously, don’t take advice from random cats – the Internet is full of them! DYOR!