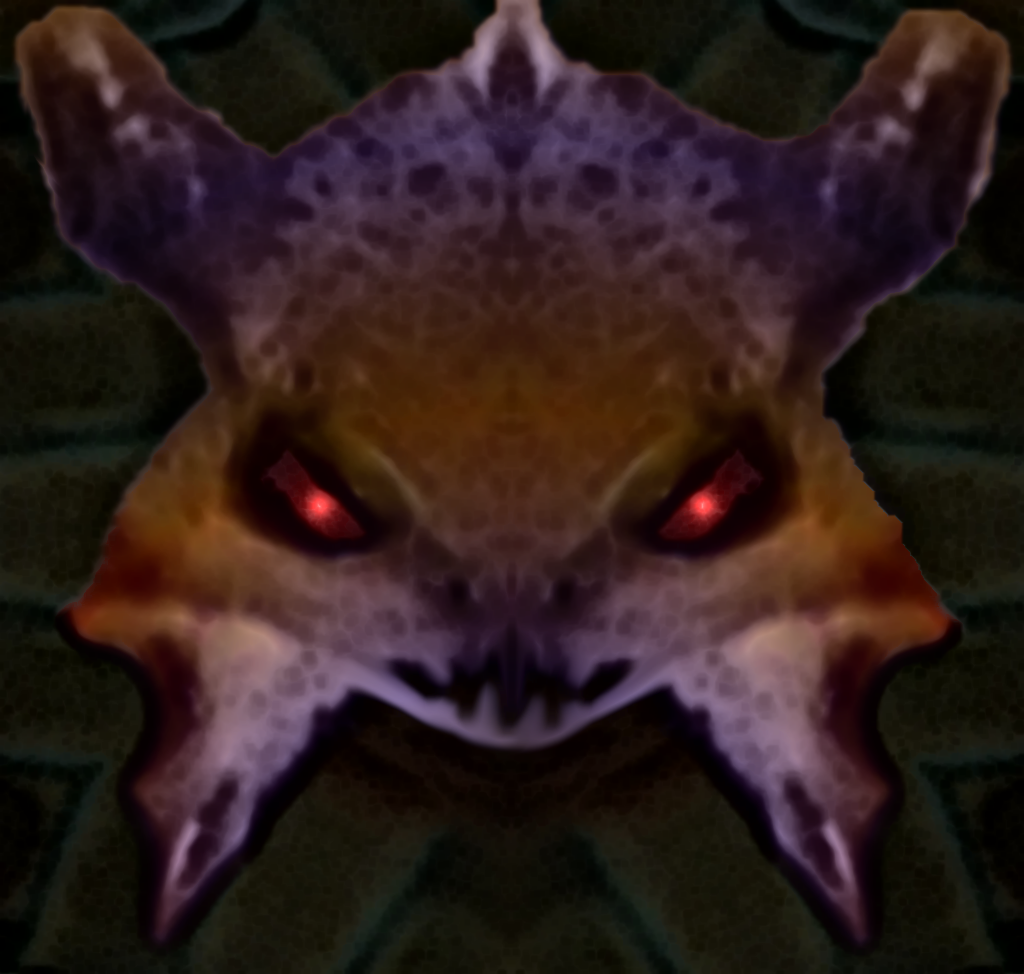 My newest tokenized artwork, "Lurker". was created while listening to the excellent Vampair Series story by Daria Cohen, using music by Voltaire.

To create this little horrifying dragonling, I started out, I kid you not, with this image taken by my sister, Marie, of a toad that's been visiting/living in my mothers garden for at least a decade or so:

I then did some editing in GIMP

And looked at what kind of output I could get from the Kaleidoscope:

I tested a few filters to create some more visuals:

I did some editing of the eyes, by selecting a specific region of the eye and entering a Supernova effect into it:

As you can see, in between the two I also erased some of the extra material.

Initially, I intended for that excess mateial to resemble wings, but no matter how I tried to rework it, I couldn't get the effect to my liking.

The Supernova effect was applied the same to all 3 image types I've shown, and I used the original image to create a background for it.

I then used the GIMP G'MIC-qt plugin's Blend[fade] effect to combine the different images using a circular fading pattern.

After that, I wanted to replicate an effect from an old work "Out of the shadows, into the light":

https://superrare.co/artwork/o...-into-the-light-1682
The effect has it fading in and out of darkness, so I created a copy of the current image, but using a few filters to darken it (mainly Contrast and an Edge Detection algorithm)

I then created an even darker copy, and duplicated the two others:

And rearranged the order a bit and used the default Blend functionality of GIMP to create a GIF.

I then converted the image to 255 colors and applied the "Optimize (for GIF)" effect to reduce size: