Now a landlord in The Sandbox metaverse

Now a landlord in The Sandbox metaverse 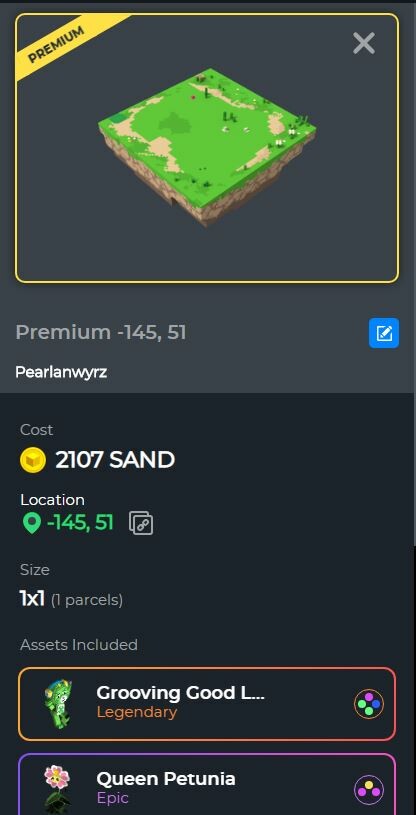 So yesterday I posted how I was waiting to buy a land in the upcoming and very promising game and world called The Sandbox.

You can see that first article there:

Buying a Land in The Sandbox

So I finally bought some land. I say some land because it is really not the one my mind was set on. At least it is a premium land so I have some special assets that come with it. It is also closer to more central huge estates. But it is in the middle.

So how it went

I prepared everything ahead of time. Made sure my Metamask was connected and that I had enough $SAND, the official ERC-20 game token and some ETH to pay for gas fees were there. On that I wish they had chosen another date as current gas fees were around 13$ or about 13% of the transaction value of 100$.

I looked around the map thinking where I would try to get one when I stopped on one. Being browser based I know that when things like this happens at the end of the countdown There has to be some kind of reload or something similar. So as soon as it hit 0 i did a refresh of the browser. I think it was a good idea because I could see I was among the first clicking on lands on the map. I selected the land but it didn't get any further.

Then what happened is that I experienced some very unwelcome and badly timed lag. I think the site was pretty saturated with buyers. The clicks I made were not recorded and when the connection came back the land was taken among several others. I refreshed as I could between the disconnection prompts until I could finally, after a few tries, press the Buy Land button on an empty land in the premium zone.

I didn't pay much attention to the time as it all happened so quick but it was fast. I could see other lands getting sold so quickly. I think all the lands ended up being sold in under 20 minutes. Which only tells me that this is getting more popular and has a promising future.

There was also part 2 out of 4 today which sold out in 15 minutes. I will have a try tomorrow to get another one as it is in a zone further away. If you would like to buy one you should hurry up. You can get SAND from Binance and send it to your Metamask Wallet connected to your The Sandbox profile.

I will also write more on the game so stay tuned, upvote this article if you liked it, tip me if you think it is deserved and follow me for my upcoming articles about The Sandbox. 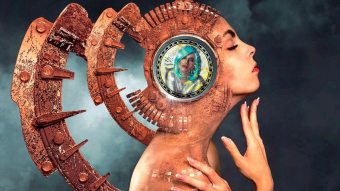