Is it worth your time? A second look at Rising Star Game

About two weeks ago I made an article about Rising Star Game. While I somewhat enjoyed the game I ended it with the bold statement that it's no game I see myself playing every day for a prolonged time. Well, here I am, two weeks later, currently holding the 10th spot in its leaderboard. I really didn't foresee this but over time, I've really grown fond of Rising Star. Today I'm going to take a second look at the game, detail why I'm still enjoying it and what to expect from the game in the coming weeks and months.

So what's it all about?

Rising Star Game puts you in the shoes of an aspiring musician that's dreaming of becoming the next big show some day. You start the game with nothing but your guitar and a desire to become famous. Since stardom (usually) doesn't happen overnight you have to slowly earn it with some first baby steps. Illegally perform in the streets until the cops drive you away or go to the open mic night and give it your best. 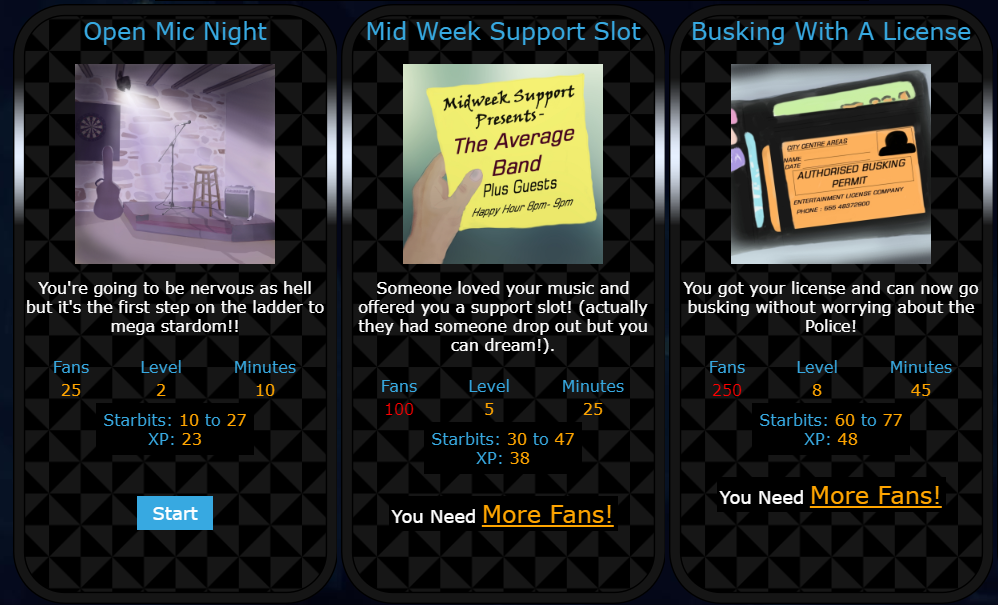 Rising Star game is a classical idle browser game at it's core. You send your alter ego on different missions which have varying requirements and take a different amount of time to complete. Afterwards you wait for the mission to finish, claim your reward and start the next mission. Your ability to go on more missions is dictated by the amount of energy available. The easiest mission takes you 15% of your total energy and every 5 minutes you regenerate 1% of your energy. Sometimes you'll also find a pizza slice during a mission which will restore your energy. You can also buy different items from the ingame store that help with your regeneration, allowing you to do new missions more regularly. This basically sums up the game and while there's still a lot to come this isn't anything to become really excited about so far. Still I found myself enjoying the game more and more. So next, we'll take a look why this is the case.

So what's so special about the game?

There are several things that really help the game and I'll take a look at each point.

Firstly, it's running on Hive and thus on one of the Blockchains I'm most interested in. Rising Star has its own token called Starbits. Every mission you complete you are awarded some Starbits and once you've reached 1000 of them they can be transferred to Hive-Engine. If you are new to the game you can expect to make about 800-1,000 Starbits a day if you keep starting new missions once your energy has regenerated. At the current rates 1000 Starbits equals 0.7 Hive which isn't much but still a lot more than you'd earn with any of the faucets and most so called blockchain games out there. Starbits can be used to buy many different items and booster packs from the games market. 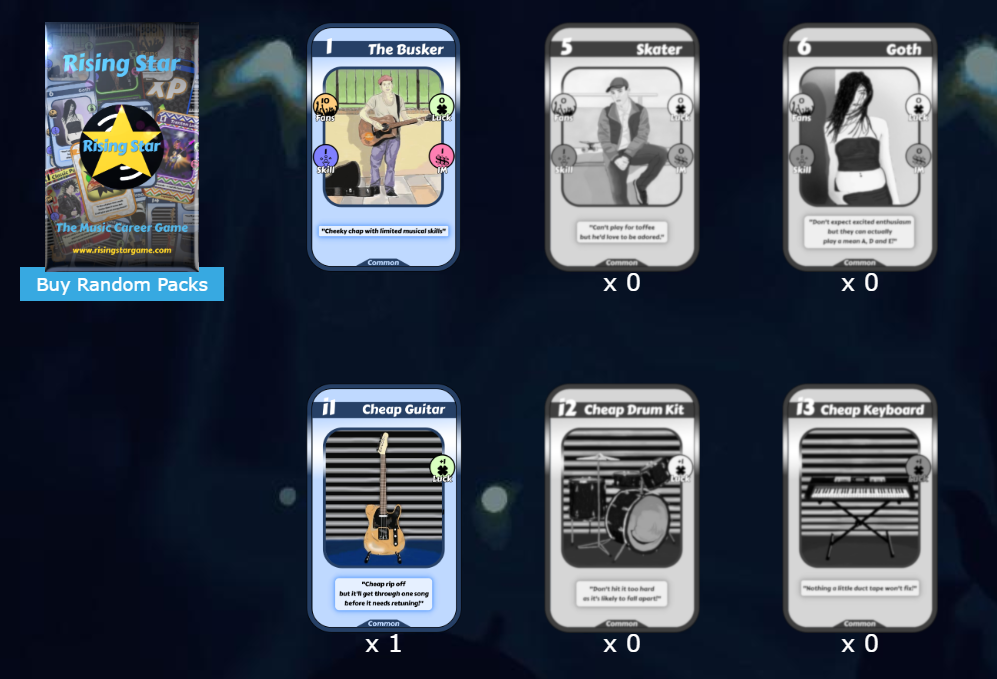 There are different kind of cards out there. Band members and instrument are needed in order to build your own band. This feature is not yet included so at the moment those cards only give passive stat boosts but more options and effects will come. There are also several boosters to help you restore your energy, find more fans or earn more experience from each mission you do. Everything considered, the number of cards already available is pretty impressive and you'd need several month of playtime to collect them all. They also serve to show that there's still a lot more planned for the game.

That's bringing me to another point that made me come back for more. The games setting in pretty unique. Most if not all other games are usually focused on one of three topics: Fantasy, Sci-Fi or crime. Having a game about a street musician on his way to glory is a breath of fresh air for the genre and a theme that's working really well. There's even a Rising Star Radio that you can listen to while playing the game if you feel like. The prospect of one day building my own band and playing the world in my very own tour bus is pretty entertaining. The developer is also already thinking about having a competitive multiplayer mode ("Battle of the Bands") that is to be added to the game at some point.

Lastly, and this is adding to all I've said before, the developer is really active and engaged with the game. There are daily changes and additions to the game and if you have any questions or feedback you can easily get into contact with him on the games Discord. You can really tell that it's a project of passion and love for him. It's fun to be with it from the very beginning and see everything grow and iterate.

Is it worth your time?

Last time I answered with kinda and basically, that would still be my answer here. To be perfectly clear: Rising Star is and will never be a deep and complex strategy game or anything close to it. That's not what it's meant to be though. It's an easy to pick up game that you can play at your own pace without any pressure. If you are looking for a game to play nonstop for hours then this is not the game you are looking for. If you want a game that you can play on the go and start up for a minute or two whenever you feel like, than Rising Star might be worth a second look.

Personally, I developed the habit of playing it whenever I'm doing anything else on my computer. Starting a mission only takes a couple of seconds so I'll tab over there every now and then, take a look at how my mission went and start the next one. To me it's entertaining and helps to bridge those awkward seconds where you really got nothing to do while you wait for your next Splinterlands match to start.

As always, thank you all for reading and feel free to share your opinion on Rising Star in the comments! 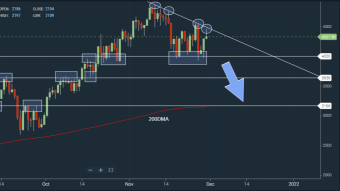 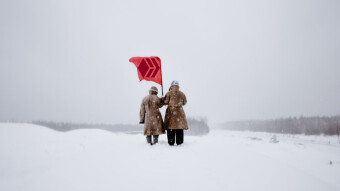