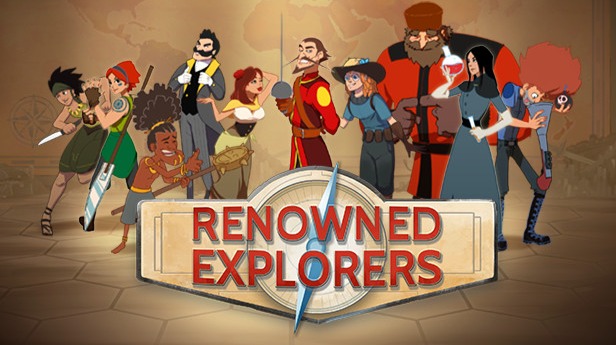 Over the years, I have added hundreds of games to my Steam library. Many I have only played for a few hours, others I've kept playing for a while until I finally lost interest. And then, there's a select few titles that I never really quit playing altogether. These are the few games that I enjoy so much that I keep playing them every now and then even years after I first bought them. One of these games is the wonderful Renowned Explorers, a game that I picked up almost 6 years ago and have played for a total of 266 hours ever since. The crazy thing is, I don't even remember why I did buy it back in the day. To tell the truth, at first glance it doesn't even look like a game that I would like. Beneath that, though, there's one of the best games I've ever played! So what exactly is Renowned Explorers? To tell the truth, it's pretty hard to explain that in a single sentence but I'll try nevertheless. It's a pretty unique mix of different genres, a lightly RPG-themed adventure game with push your luck mechanics, exploration, and strategic, turn-based combat elements. Sounds fun? It is! You are the head of a party of 3 explorers traveling around the world with only a single goal in mind: Becoming the worlds most renowned explorer and thus besting your biggest rival... Rivalieux. To do so, you will go on different expeditions on all continents, always looking for treasure and other ways of increasing your renown. Each expedition will end in a final boss fight that will grant you the expedition's main treasure.

Each expedition is played on its own map made up of different nodes. In the beginning, you only know about the nodes right next to your starting node and the node where the final combat will take place. Getting there is up to you and you will move around, exploring one node at a time. Getting to the end is only part of the challenge, though. Along the way, there are many adventures to be had, artifacts to be found, and opponents to be fought. You can always see what kind of encounters and rewards you will face in a node but the exact details will only be revealed once you travel to it.

There are three different kinds of nodes in the game:

While the first one is obviously pretty straight forward, the second and third kind of node is pretty different from each other. In a skill check, you are first given a story snippet explaining what's going on. You then get to decide what you want to do, sometimes giving several different options with several possible outcomes. You can always see your exact chance of succeeding with any choice and you will also see what you will win or loose if you succeed or fail. This creates a pretty intense push your luck game where you more often than not try to get away with something you normally shouldn't be able to accomplish. At the same time, thanks to having all information readily available to you, it's always up to you to decide whether it's worth taking risks or if you prefer to play it safe. Combat on the other hand is played in turns on a classical hex map where each character gets to move around a certain amount of tiles and can perform one action which is either doing an attack or using an ability. The combat mechanic is surprisingly deep and a lot harder to master than you might think initially. There are 3 different ways of attacking an opponent. You can either strike him with brute force, try to mock or intimidate him, or you can go the friendly way, trying to impress or even flirt with him. Both your party and the enemies are in one of three moods - Friendly, Devious, or Aggressive - and that mood changes according to your actions. The whole thing is like a game of Rock Paper Scissor basically. An aggressive stance will beat the crap out of friendly opponents. Those in turn will charm any devious character who then will drive any aggressive opponent crazy. This creates a really interesting cycle where you always try to stay ahead of your opponents by always being in the right mood to counter their mood.

In between expeditions, you visit the Renowned Explorers headquarter where you can buy new items for your team, conduct research, or recruit new members for your entourage. All this allows for many different viable builds and makes the game extremely replayable. Add to this the total number of 24 different characters, each coming with their unique effects and abilities, and you might start to understand why I spent so many hours playing the game. You can focus on making the most out of encounters, you can increase your ability to deal with skill checks, but you can also try to bring more food so you can visit as many locations as possible, or well, you can just try to do a bit of everything. No matter which route you follow, there's no single build that's going to beat every other build, it's always about making the most out of your characters strengths while trying to mitigate their weaknesses as best as possible. Despite being a deeply strategic game, it's a pretty lighthearted experience. Renowned Explorers doesn't take itself too serious and there are dozens if not hundreds allusions to all the different adventure movies out there, it sometimes feels like Indiana Jones should be right around the corner. There's an amazing amount of story in the game as well, with every single node having a unique story snippet giving away a bit about the area you are exploring right now. Piecing everything together will take you several expeditions to the same place and even with my 266 hours played I still haven't found all the treasures hidden out there.

Renowned Explorers has a really solid 92% positive reviews on Steam and in my very personal opinion, this should even be higher. The game is sold at 19.99€, so something like 24$, but it's on sale quite often, so if you can wait a while you should be able to get it way cheaper than that. As you can see from my play time, it provided countless hours of entertainment to me and still does up to this day. Thanks to the sheer amount of different nodes, playing the game again after a few months always feels really fresh, it's almost as if you get to explore the whole game world once more. Personally, I can only advise getting the game, it certainly is out there among my top 5 list of all times! 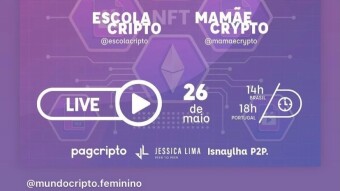