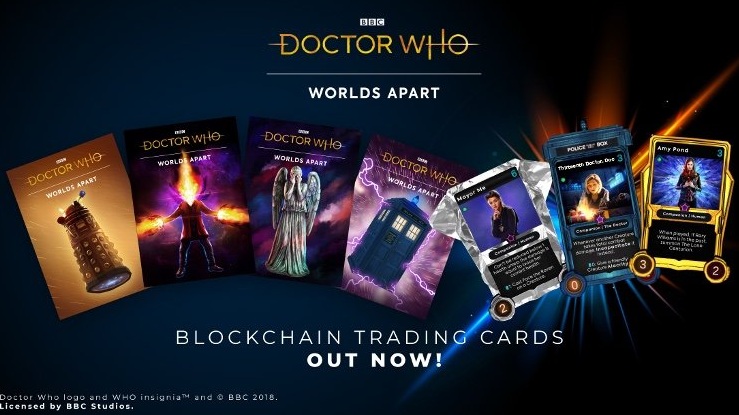 Back when the first modern trading card games like Magic The Gathering saw the light of day, card rarity was a rather simple concept. MTG knew exactly 3 rarities. Common, Uncommon, and Rare. Other card games had other names for it, but the idea was always the same, some were simply more likely to appear in booster packs than others. Over time, the number of rarity tiers increased, with some trading card games having 6 or 7 different tiers. There's a multitude of reasons to have different rarities in your game, although one of them certainly is to make some of your cards more scarce and thus more valuable. Scarcity and valuable cards are great for the people making these games, because players love hunting these rare cards and they thus will buy more booster packs, making the game's developers more money in the process.

Consequentially, TCG developers were looking into additional ways to make some cards more valuable than others. That's how the concept of foil and later alternate art was born. By changing the foil or art of a card, they could be made scarcer without interfering with the games balance. In gameplay terms, a normal foil and a gold foil card in MTG have the exact same properties. In monetary value, though, the gold foil is going to be worth a lot more. This concept has already been iterated on by existing blockchain games like Gods Unchained which already features 5 different foils of varying rarity. Doctor Who Worlds Apart, which is still in development, is taking the whole concept to a completely new level, though. The game will feature a whopping 15 different card frames at game launch and from what I've seen so far, we could potentially see even more card frames down the line. 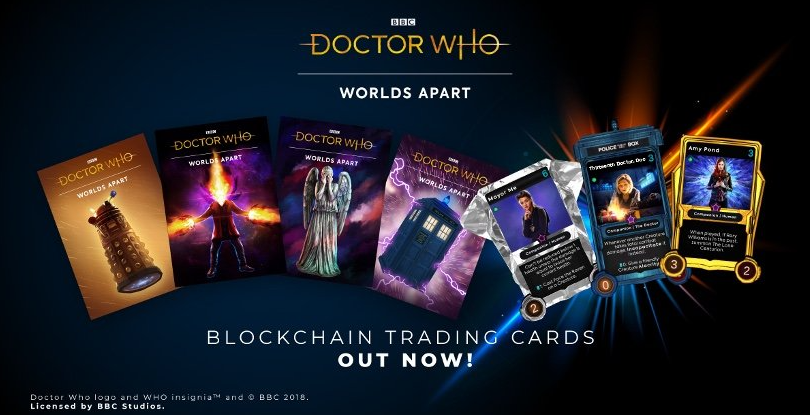 Now the obvious question is whether this is a clever design and the logical next step or simply a tad bit too much. To answer that, we have to look at the reasons they are introducing that many different card frames. The simple answer is, well, they like money and they can make a lot of it by introducing these card frames. A regular 5 card pack is 4.99$ while a so called Clones and Metamorphs pack contains 10 cards but also is 49.99$. In return, cards from that pack have 2 exclusive card backs which can't appear in the regular pack. Nevertheless, in terms of gameplay, they are identical with the regular cards but 5 times as expensive. Obviously, "we like money" is no explanation any game developer will give, so they had to come up with another reason for doing this.

The reason given by Doctor Who Worlds Apart is that they want to be strictly anit-Pay2Win. Now that's something we can all unite behind, nobody likes Pay2Win. The idea is to move rarity away from the actual card and towards the card frame. The reasoning is that people that just want to play and don't care for the card frame will just use the cheapest variant available. At the same time, collectors interested in special and rare cards will be willing to pay a premium to acquire these cards. So in effect, if you only want to play, you have an even playing field unaffected by whale money while at the same time whales can compete for the rarest and most expensive card (frames) the game has to offer. 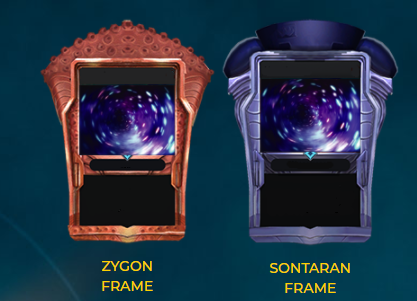 I like the reasoning and I'd love it to be true. The only problem is, though, I find it hard to believe that the game won't be Pay2Win simply because there are additional card frames available. There are still 4 levels of rarity and the booster packs with regular frames are still sold at 4.99$ which, quite frankly, is still a lot more expensive than what other blockchain games are asking - a Splinterlands pack is 2$ for example. So while I'd really like to believe it, I don't think the whole card frame extravaganza is going to change anything for the better. Quite the contrary actually, it's going to make things a lot more complicated.

For collectors, the different card frames will matter, for players, they probably won't. But simply because they exist, you'll have to check for all available card frames when you are looking to sell or buy. I'm pretty sure we'll see a lot of stories where people overspent because they didn't know there was a cheaper card frame version available or, even worse, people that listed their super rare card frame version for cheap because they didn't realize the value of the card they are holding. The whole process just seems overly complicated and even if their market will offer a lot of filters, getting a solid feeling for the correct asking price is going to be pretty tough.

As you might have guessed from the above, I'm strongly leaning towards unnecessary complexity instead of clever design. I'm not a fan of the concept at all. I do understand why it might be interesting to have these special card frames, though, and I don't want to just finish the article with calling it a bad concept. Because of that, I want to also provide an idea of how things could work differently (and better) in my opinion.

When I look at that screenshot, I can't help but think of sleeves. In real world trading card games, we use sleeves to protect our cards while playing. These are obviously not needed in the digital space, but why not use the card frames just like sleeves? So for each copy of a card frame you own, you could sleeve one card with it. So if you own 40 Weeping Angel card frames, you could sleeve your whole deck in Weeping Angel "sleeves". These sleeves could be sold in separate packs and could be just as outrageously expensive as the current special frame packs. People not caring for them would just completely ignore the feature, playing with the standard sleeves. People that care about that stuff could still hunt, trade, and sell these special frames.

I feel like this solution would be way better and more streamlined than what Doctor Who Worlds Apart is doing at the moment. Separating the frames completely from the card would make both trading the frames and the cards a lot easier, so checking the market for the best prices would be a lot less prone to error. An added bonus would be that these frames could then be used as really cool rewards. Finish the season in Champion I and you receive a cool Champion card frame which you can use if you care for them or sell them to people who do care for some additional rewards. It's probably too late to change for Doctor Who Worlds Apart but I hope other games reconsider and don't follow the route set here.