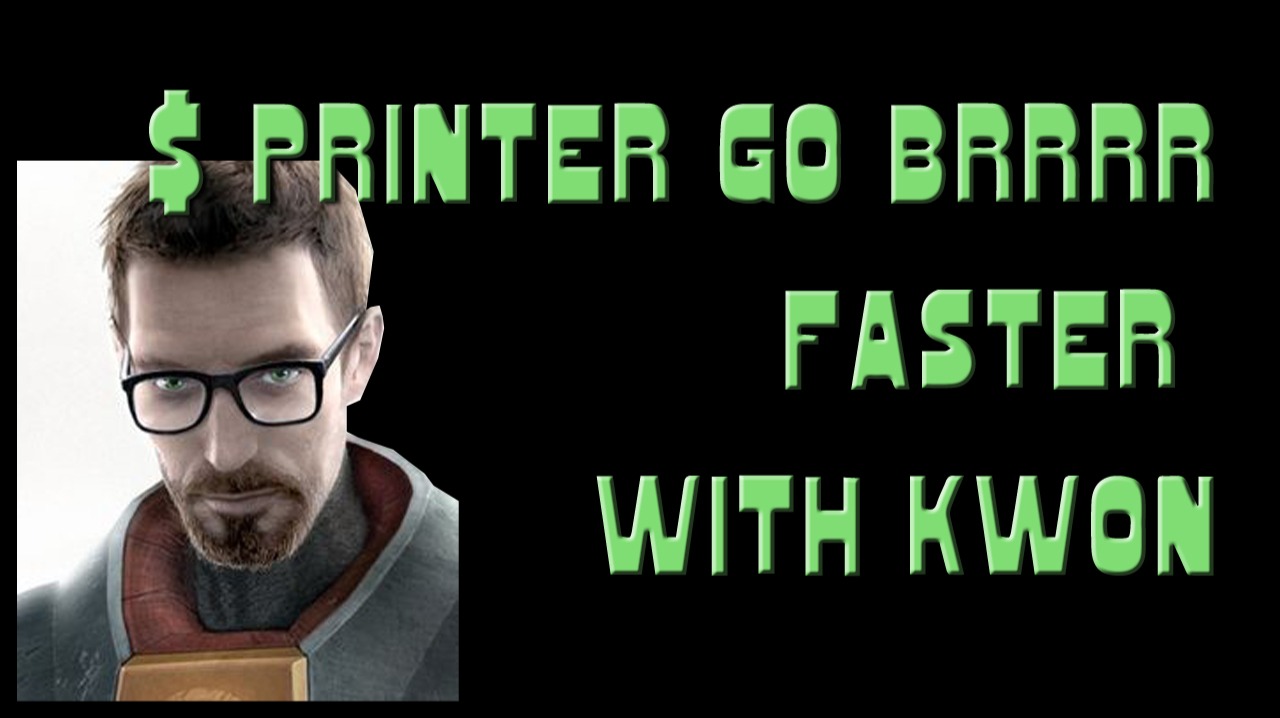 Gordon likes headlines that simply make too much sense not to be true, that certainly aren't, until they are.

The Biden Administration realized they had simply been outdone in sheer terms of money printer go brrrrrrrrr.

If the ministry of truth can be led by a nut-case off-broadway talentless jibber jabber queen of unfunny tiktoks, who suggests a blue check account should be given the power to edit other people's tweets, then surely this satirical article is absurdly tame.

BREAKING: Jerome Powell, Chair of US Federal Reserve, to be Replaced by Do Kwon, Terra-Luna-UST.

When LUNA, backed by Bitcoin, couldn't back the unbackable peg for Terra (UST) to the US dollar, it was a Ponzi trying to chase a Ponzi, except in this case, both perpetrators were chasing their own tail. After liquidating all of their Bitcoin, Do Kwon proceeded to dilute the value of the Luna token by minting babillzions of new Luna in their supply, as UST couldn't hold it's $0.33 to the $1, causing Luna to drop from $116 eventually down to $0.00001.

---also in the news; crypto industry somehow admonishes those for finally correctly using the word "Ponzi" to identify an actual Ponzi scheme, to describe Terra (UST). All the others that are not Ponzis, may continue to be called a Ponzi, but if someone knowingly continues to back a fraudulent algo-based stablecoin with new investments, while liquidating the backed supply, minting new coins to dump at market, actually is a form of a Ponzi, although even Ponzi may not have gone so far. ---

Do Kwon's sheer determination caught the eye of the Biden administration, who saw the potential in printing such excess money, but even Powell thought this degree of dilution was absurd, so they canned him and brought Kwon on board.

As a result, the Biden administration will be announcing a few new treats for the far-lost-minds of the left:

$700B daily care packages for Ukraine

$701B daily care packages to Russia with Love, sincerely from 'the Big Guy'

(yes, I typed it right lol)

Kwon was also offered a position at 'The Doge' and 'SHIB', but turned them down, wanting to "take a breather" from crypto as he undergoes "extreme plastic surgery", and a name change, uncleverly choosing "Dont Kon",  along with new pronouns. His profiles simply state: My pronouns are He, and Scams.

And on that note, Crypto Gordon Freeman, the free man, for now... out.