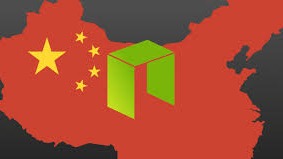 All about NEO Target to become no. 1 Blockchain by 2020” - Sleeping Gemstone

NEO is also known as ethereum of China, After Chinese President Xi Jinping already announce about the blockchain adoption NEO is raise for almost 50% from 7usd to 13 usd. Now even the BTC fall the NEO price keep stable. One of the best Chinese blockchain platform is NEO and the founder of NEO is Hongfei Da,

Neo is a leading open source blockchain platform that is building the infrastructure of the next-gen Internet with a vision to create a smart economy. This project is a pioneer in a international blockchain world. Their unique opensource blockchain tecnology can help Chinese People for Innovation. This is founded via AntShares in 2014 and later renamed to Neo in June 2017.

Neo went back on top 20 with 10 Number of Dapps, 243 Active users (24hrs) and from 20 now rank 18 by CMC. Neo is now rising almost every month they have an events not just in Asia but their working around the globe.

NEO will release their 3.0 and their vision is to develop a comprehensive full-stack for developers. Planning to have dozen of Dapps games and DeFi (decentralized finance) applications, A non-custodial exchange and will release the first stablecoin or fiat by NEO. So is this what they called the Chinese Coin? Guess what?

The CEO of Hubii Jacobo Toll Messia said that developers on different platforms such as NEO, Ethereum and Bitcoin will be able to use a single interface to build products on many blockchains. ( For me It's like that Bitcoin is the head, then the Ethereum and NEO are the left and right hand.)

As per SOD or The State Of Dapps said that NEO has more than 2 million wallet addresses already and keep stronger, over half a million community members and more than 300 contributors worldwide.

Earlier this year, NEO opened a development hub in Seattle, U.S., and onboarded several Microsoft veterans to its team, including John deVadoss, who worked at Microsoft for more than 16 years. In May 2019, it also announced EcoBoost, a USD 100 million fund for projects that are building on NEO.

This year NEO Global Development had established operations in Seattle, they're now beginning to recruit some developers and teams. Since US will allow NEO to have a strong foothold in the US Market. A good example of collaobration about making money and technology USA and Chinese teamwork.

On wall street China John Wang had an interview with Xcong at the blockchain wing of Wallstreen CN.

‘We are delighted to be working with NEO to deliver blockchain interoperability at scale. Through nahmii, NEO users will enjoy unrivalled performance and connectivity bringing NEO and Ethereum together seamlessly for the first time. Developers across multiple platforms, NEO, Ethereum and Bitcoin, will soon be able to use a single interface to build products on many blockchains. This is the future of interoperability and it starts with nahmii.’

“The porting of nahmii smart contracts to NEO will help NEO to improve its scalability and interoperability, which is a big plus to the development of massive adoption on NEO. We look forward to successfully going live of nahmii’s solution on NEO.”

"Check the market graph, do favor to yourself about NEO and thank me later! "They will released more news soon not now but 2020"

You can check more news on NEO here: https://neonewstoday.com/neo-global-monthly-report-october-2019/ 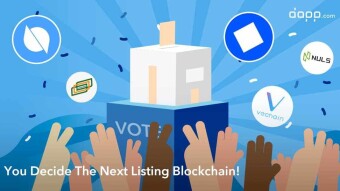 📣 You are invited! You Decide The Next Blockchain To List On Dapp.com 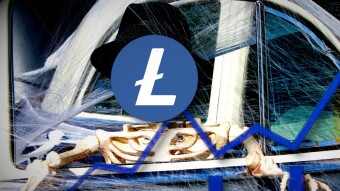