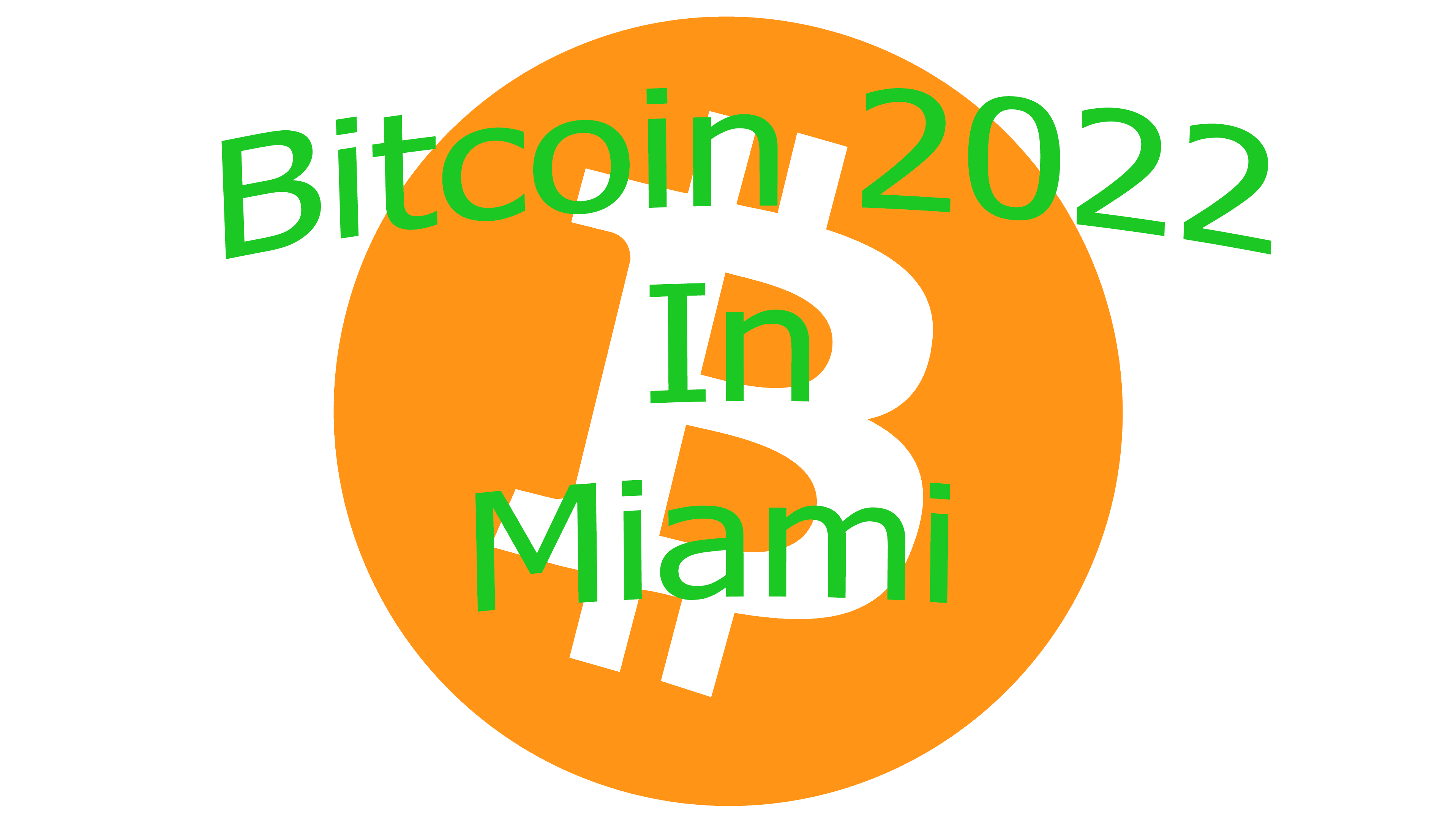 Over the past few days, I spent very nice time following announcements, talks, and discussions taking place at the 2022 Bitcoin conference in Miami. There was so much to get excited about and so many positive feelings about the current situation of crypto. Basically, if you want confirmation that Bitcoin is an unstoppable force for global good, the recent Bitcoin conference will certainly get you that...
It's hard to summarize everything that happened but maybe some picks can convey the bullish narrative around crypto nowadays

First, it seems that we had some great progress on the adoption of Bitcoin as legal tender from the likes of Honduras, Mexico, and Madeira. The latter went further to announce that the sale of Bitcoin would be tax-free.
Indira Kempis, a Mexican Senator, also sent a message to the president of the country saying

We are looking forward to sitting down with you over a cup of coffee to talk about this plan; Bitcoin as legal tender in Mexico

Although none has made it officail yet, many are clearly going steadily to that end

Second, this conference has proved that Bitcoin has become on the radar of the brightest and smartest people in the world. Gone are the days when it was pictured as "magic internet money" that's mostly used by scammers and fiends. It's now a well-respected asset that's able to get the attention of individuals, corporations, and even governments. Bitcoin has come this far already and you can check that yourself by taking a look at the great discussions and speeches by well-known figures such as Alex Gladstein, David Zell, Glenn Greenwald, Allen Farrington, Jo Jorgenson, Andrew Yang... the list goes on...
Peter Thiel, the co-founder of the long-established financial technology company, Paypal, also attended. And although he had some controversial opinions about Ethereum, Warren Buffett and other famous names, he clearly had ambitious thoughts about Bitcoin:

The central banks are bankrupt. We are at the end of the fiat money regime

El Salvador's president, Nayib Bukele, was supposed to attend too, but unfortunately, he begged off at the last minute due to "unforeseen circumstances" in his country...

Another major announcement was the integration between Strike and Shopify, and what it means to make things easier for merchants by leveraging the lighting network technology is no doubt a great milestone on the path to mass adoption...
All in all, there were so many exciting news and events that occurred during the conference in the magic city that there isn't room here to do them justice. Nevertheless, for some reason, a sense of disappointment seemed to be hovering among Bitcoin enthusiasts...

Why is it disappointing? Well... the short answer is the last year's version...
At last year's Miami Bitcoin conference, El Salvador's president, Nayib Bukele, made the headlines announcing that his country had adopted Bitcoin as legal tender! It was a historical announcement with many applauding El Salvador for taking such a bold move.
With this year's Bitcoin conference, many (including me) were hoping we'd see other countries follow in El Salvador's footsteps to adopt BTC, and this is for many good reasons.
Firstly, it is safe to say that El Salvador's experiment has been successful so far from a number standpoint. It helped the country to hedge against the outrageous inflation rates we've seen recently and even make some profits due to the upward movement of Bitcoin since then.
Second, we have an unprecedented war in Ukrian which threats the entire world nations (especially those with not strong economies) with more aggressive financial crises, and reliance on the US dollar is not as shiny as it has been. Therefore, it made much sense to predict some other countries to take a slide of Bitcoin pie for diversification purposes. And if you think this is still a little bit far-fetched, just take a look at what Fidelity Investments (the largest US management asset company) had to say:
According to a report released last January:

We also think there is very high stakes game theory at play here, whereby if bitcoin adoption increases, the countries that secure some bitcoin today will be better off competitively than their peers. Therefore, even if other countries do not believe in the investment thesis or adoption of bitcoin, they will be forced to acquire some as a form of insurance.

Unfortunately, there haven't been any countries to stand besides El Salvador, at least for the time being. That's the reason why many had some negative feelings about the conference, and this might have something to do with the prevalent red we see on the crypto markets. If you ask me, however, I believe that getting such negative feelings reflects a wrong thinking line, and let me explain why...
Crypto adoption is a revolution that's meant to alter the current long-established financial system. It is something that cannot (and maybe shouldn't) happen overnight. In fact, I think the longer it takes to convince people and governments about Bitcoin, the better it is for the long-term future simply because it will grant them enough time to understand Bitcoin and important it is for the global good. This in turn will help see more long-haul players rather than random people trying to pump and dump in order to make a quick buck...
Apart from that, here is a bit of a selfish motive 😁...Honestly, I'm not that satisfied with my current Bitcoin holdings and unfortunately, I don't have enough fiat to increase it right now, so personally, I do need time to earn more money from my traditional job and convert it to boost my positions in crypto 😎

What do you guys think about Bitcoin conference 2022? I'm keen to read your opinions and thoughts...