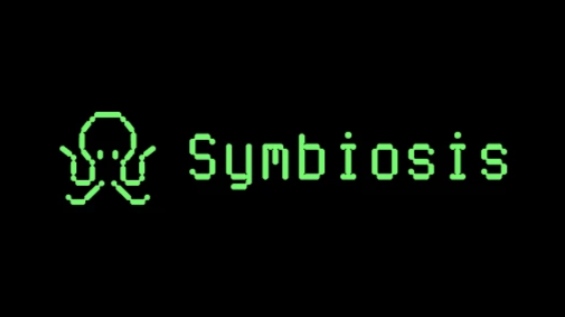 I've been reading a lot about Symbiosis Finance lately.  It's the new kid on the crypto scene, billed as a super easy way to trade coins across platforms.  Or, in more technical terms, as their frontpage says:

So let's talk about their name first.  I think it's pretty brilliant.  Symbiosis (sim-bee-OH-sis), from the Greek, meaning "the living together of two dissimilar organisms," or even better, "any interdependent or mutually beneficial relationship between two persons, groups, etc."  These good folks have clearly expanded that "etc" to include cryptocurrencies, as being able to swap across chains easily is most definitely a mutually beneficial relationship.

Now if you're a comic book geek like me, you may have had a certain image flash across your mind when you first saw a name related to symbiotes... 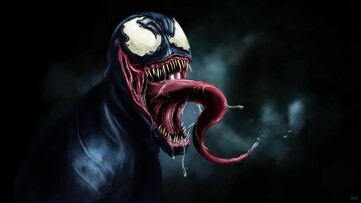 But no, there is no affiliation with Eddie Brock, Venom, Stan Lee, or Marvel that I could find on the site.

Now on to the website itself.  When you first enter their homepage, the first thing you notice is the retro, old-school look and feel.  The color scheme and the print font give off a decidedly MS-DOS vibe, complete with blinking cursor and pixelated graphics.  I wouldn't have been surprised to see the words "You are standing in an open field west of a white house, with a boarded front door.  There is a small mailbox here." pop up somewhere further down the screen.  (Zork anyone?  Anyone?)

There is a minimal menu at the top of the screen, a button inviting you to try the app, and a few lines of descriptive text.  Really not a whole lot else.  Down at the bottom are some links to documents, privacy policy, and the likes, and I did like their request for an email address, couched in a nice throwback Terminator reference from 1984.

So I wanted to give it a try!  My prior experience of moving tokens from one network to another have consisted of bridging $MATIC from the Polygon Network to the Fantom Opera Network on Spookyswap.  Is Symbiosis easier than that?  More intuitive?  Cheaper?

When I decided to take the functionality itself for a test drive, I clicked the "Try app" button and was taken to a page with a simple looking exchange function.  A note popped up at the bottom referring me to documentation about Symbiosis being on Mainnet Beta now.  This documentation explains that Symbiosis is simple, fully decentralized, non-custodial, and interoperable (they cover four of the major networks right now, but their stated goal is to "bridge all networks together."  There's also a nice infographic showing the scheme of their protocol.

I played around with switching between the networks for a bit, wishing they had an option for the Fantom network, as that's where a lot of my holdings are.  I also noticed that, within the Etherum mainnet, the only token in my wallet Symbiosis was recognizing was my $ETH.  While there was a list of tokens that it was willing to accept, I couldn't find my $MATIC or $ATOM.  Now I AM a Crypto Idiot, so maybe I'm looking in the wrong place, but I still found it odd.

I'll be honest.  I don't actually hold a ton of coins in my wallet, so I didn't really intend to swap anything here.  I just wanted to "car shop" - look around, see what prices were like, kick the tires.  Just from punching in a few numbers, it looks like swapping from $ETH to $AVAX would cost about $9 in transaction fees, while swapping to $MATIC would only cost a buck.

Swapping from $ETH to Symbiosis' native coin would just cost a small liquidity swap fee.  Their coin is called the $SIS, which brought back memories of a very old commercial (which my younger coworker would most definitely not recognize).

I noticed that they also run several liquidity pools, many of which are offering APRs of over 300%. Unfortunately, none of these pools were accessible from the Ethereum network.  If they were, I would have been interested in throwing in some of my bag to see some profits.  It also didn't appear that they have a "zap" option that would allow you to invest in the pool if you only had one asset.  Looks like you'll have to obtain both sides yourself before entering the pool.

Overall, I would say this looks like a very promising site with a bright future.  The SymbiosisDeFined aspects have some serious room to grow.  I think they need to get just a little less bare-bones, as some of their options are not super intuitive, especially to new users like myself.

What do you think?  Leave me a comment!  Have you used Symbiosis?  Do you appreciate the networks they cover?  What chains would you like to see added?  Is Venom your favorite Spider-man villain?