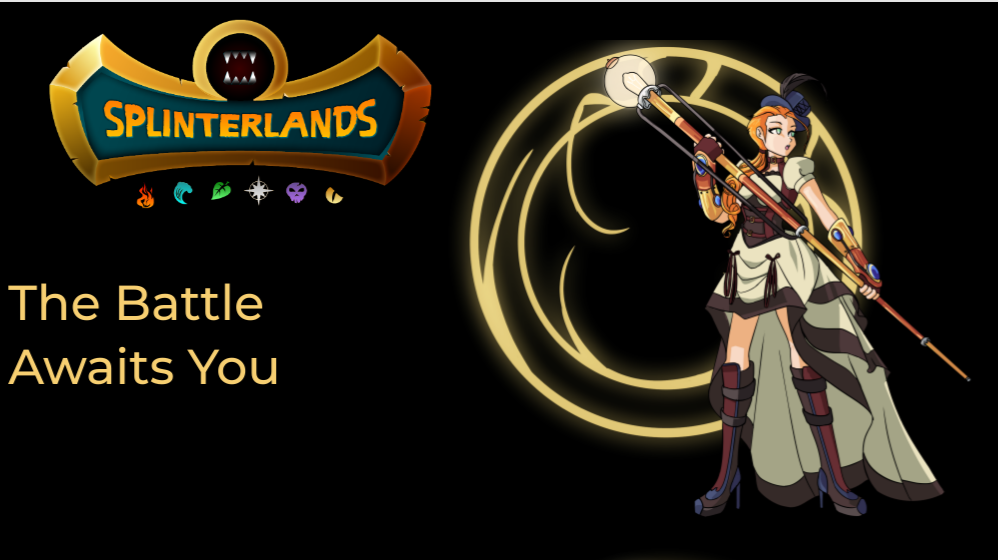 Who spit the fire in here or why are you a bad bad dragon? SHARE YOUR BATTLE Weekly Challenge!

Splinterlands is a card game, similar with Hearthstone, where you can play battle against other players to get a better rank or in tournaments. It is a NFT game based on Hive Blockchain, but the cryptocurrency rewards (DEC is the name of their native token) can be used on ETH, TRX, WAX and on the lately added Binance Smart Chain (you can provide liquidity to mine CUB on Cub Finance). DEC is similar with a stablecoin, most of the time, 1000 DEC being $1.

And now it is easier than before (one of my main complain was about beginners not having enough cards at the start) because they offer quite a lot of cards not to the one starting to play, making it a more pleasant experience - I remember losing game after game when I just started 7 month ago, so I am glad that the developers sorted this out. There are big changes and improvements coming soon, according to the Hive rumor mill. On this week challenge we have a Epic Reward card from the Dragon Splinter with 2-3 Ranged Attack, 7 Health at max level, Flying skill (increased chance of evading Melee or Ranged attacks from Monsters who do not have the Flying skill) at level 1, and Dodge skill at max level 6 ( increasing even further the chance to avoid Melee or Ranged attacks). I use this primary on some rulesets like Earthquake, but there is also useful on Little Leagues, as it offers 3 ranged damage for only 4 Mana cost. It is a nice card, but it is quite expensive, with one Level 1 card costing $0.63 right now, or a bit over $16 if you want the Gold one (which is Level 3). You can use it for any Splinter, as a Dragon card, this being an added bonus.

Rulesets: Equalizer (same life like the one having the highest health) and Healing Out (no healing)

The opponent for Brownie, negating my speed advantage, and some nicely upgraded cards, but in the end 5 vs 6 cards gave me the advantage. It was brutal. The Armor repair combo worked very well, opponent losing his first 3 cards until my Living Lava died, and the Pyromaniac killed the Javelin Thrower meanwhile. His Vulture could not do it all by itself.

On the side note, my continuous support for Splintertalk.io is going well, with my SPT tokens number raising a bit over half a million. 72% of my target reached and hopefully the 1 million will be done in few months. All of it is delegated to @monster-curator, as this account is doing a great work curating the best posts on the forum.