Noise.Cash Is Getting Better With The New Updates! 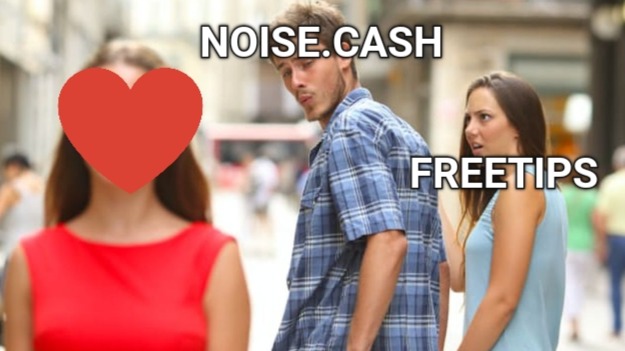 Noise.Cash Is Getting Better With The New Updates!

Noise.cash has gone through a lot of updates just to make the platform better and spam free. Spammers are really pain in the ass to our dear admin, due to this many updates and changes happens along the way since it was launched last December 24, 2020, it was Christmas Eve.

Spammers are leeching the funds making those genuine writers get less and not just that they are ruining the site reputation by posting a lot of trash.

New features added to fight spammers (Since it was launched) 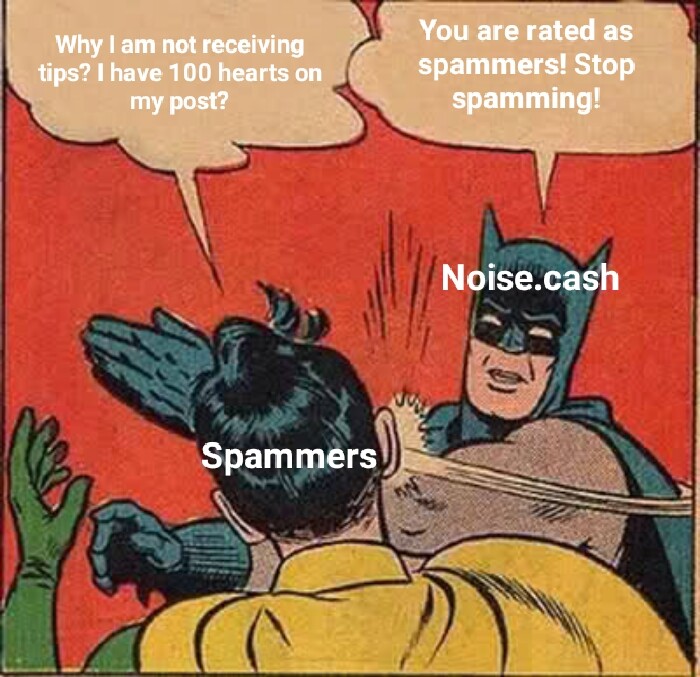 This feature was added to determine the legit and spam users, this will also bring fairness to everyone that noise.cash admin did not chose to rate us but other users instead. By this features the system can easily determine who are spammers and not. The rate users shown that 93% of the user from Pakistan, 85% users from Bangladesh, 72% users from Philippines and 57% from Venezuela are spammers. According to Simon upon checking the rate if it was a mistake they have seen that it was not. The admin even made an effort to translate the English version of it's post, explaining what to do and what not to do inorder to be rated “good” or “excellent”.

You can read the noise.cash post in here, Dear Users. For you to know what are the do's and Don't's for your account standing.

You might wonder why I crashed out the text it's because this feature has been unsuccessful and removed. It brings a lot of confusion to all the users since the Eligibility to get free tips at that moment is based on the system ratings, the system rates will depend on the recent activity of users. Plus there's a rule that must be followed, users must promote Bitcoin Cash or just post about real stuff and no more shilling about other coins and other crypto media platforms. The admin just wanted to give more to those who keeps promoting Bitcoin Cash because that is the main purpose why they created noise.cash.

Many has reacted or got dismayed because mostly users share their experience about the other platforms. I am also one of those rated poor by the system but noise.cash told me that I was just mislabeled. You can read an article I wrote about it, here.

This feature experiment was not successful because many got disappointed, although its their rights to implement whatever they like for the Bitcoin Cash promotion but not all users have the knowledge about Bitcoin Cash, as for me I know about Bitcoin Cash, I also post about it but I cannot just write all about it since noise.cash is like a tweeter platform. Good thing, Simon removed that feature and rules.

You can find the admin update about it here. 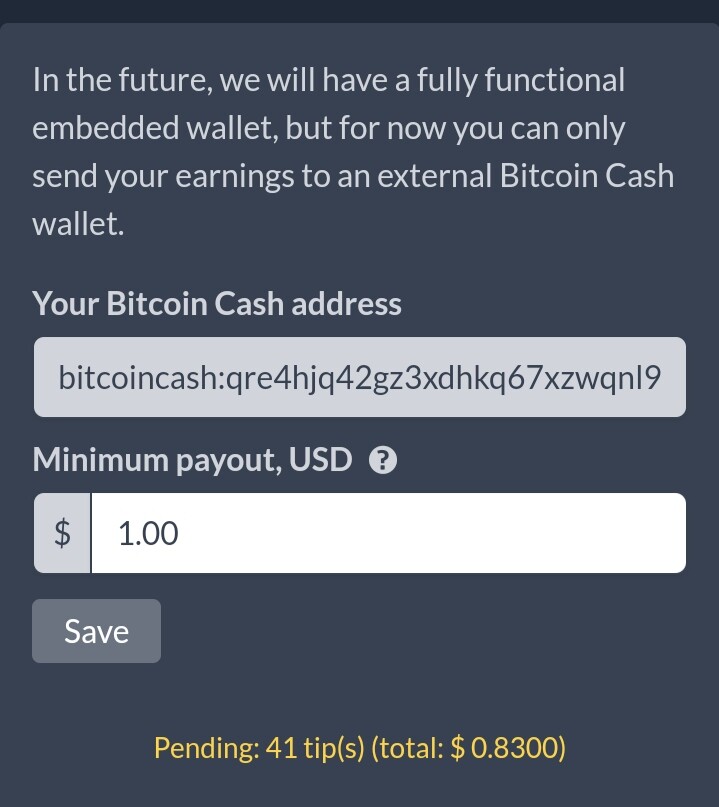 Many are complaining that the fees when sending the BCH from noise.cash wallet is high, due to the micro tips. Some are mad calling Bitcoin Cash shitcoin telling that transaction fee is low while when sending their tips from noise.cash earnings is high. Seeing the problems, noise.cash added new feature to set minimum withdrawal to avoid high fees and any problems sending their BCH to other wallets, this has been a very good update. Noisers is not having problems anymore by just setting the minimum payout.

I set mine at $1, some ask “why not make it $4-$5 since it was your daily target? ” it's because I still want to contribute in making a lot of BCH transactions in the blockchain by setting $1 because it can be achieve immediately..

You can read noise.cash update about this feature, here. 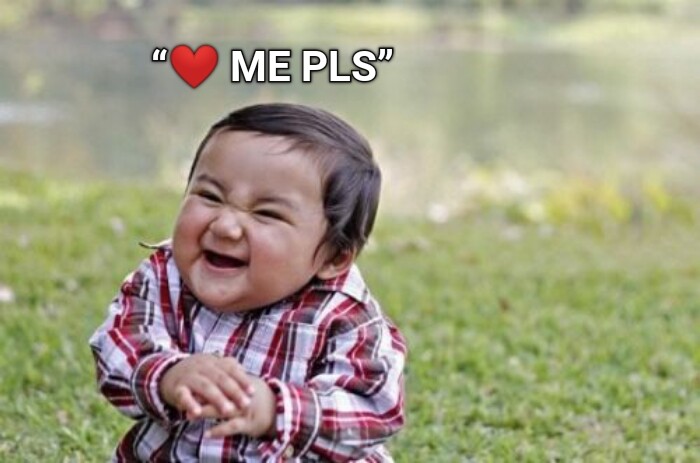 I find this feature very cleaver, salute to Simon by thinking this. It's like the heart button is not just an ordinary button because it has a value. The value of it when it was first implemented is $0.01, that time freetîps are still there, it was great because users can earn a little when someone heart their post or comments. Many got excited seeing a lot of heart tip in their notification. 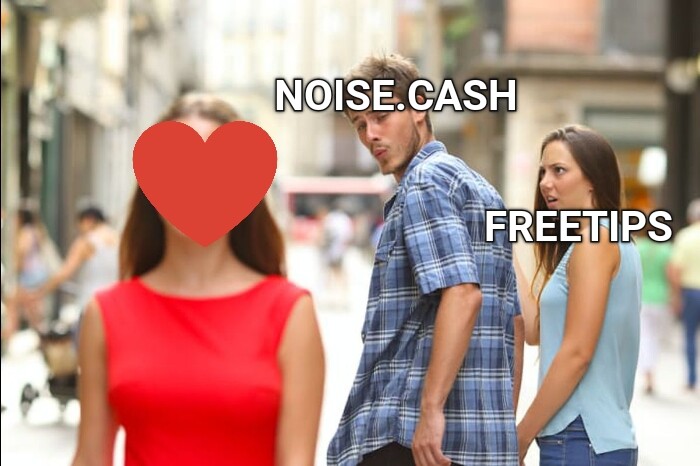 This update was finally live yesterday (May 8, 2021), the freetîps was totally removed and replaced by heart tipping. Many got excited, but later on their excitement fade when they noticed that they earn slower than having freetîps. 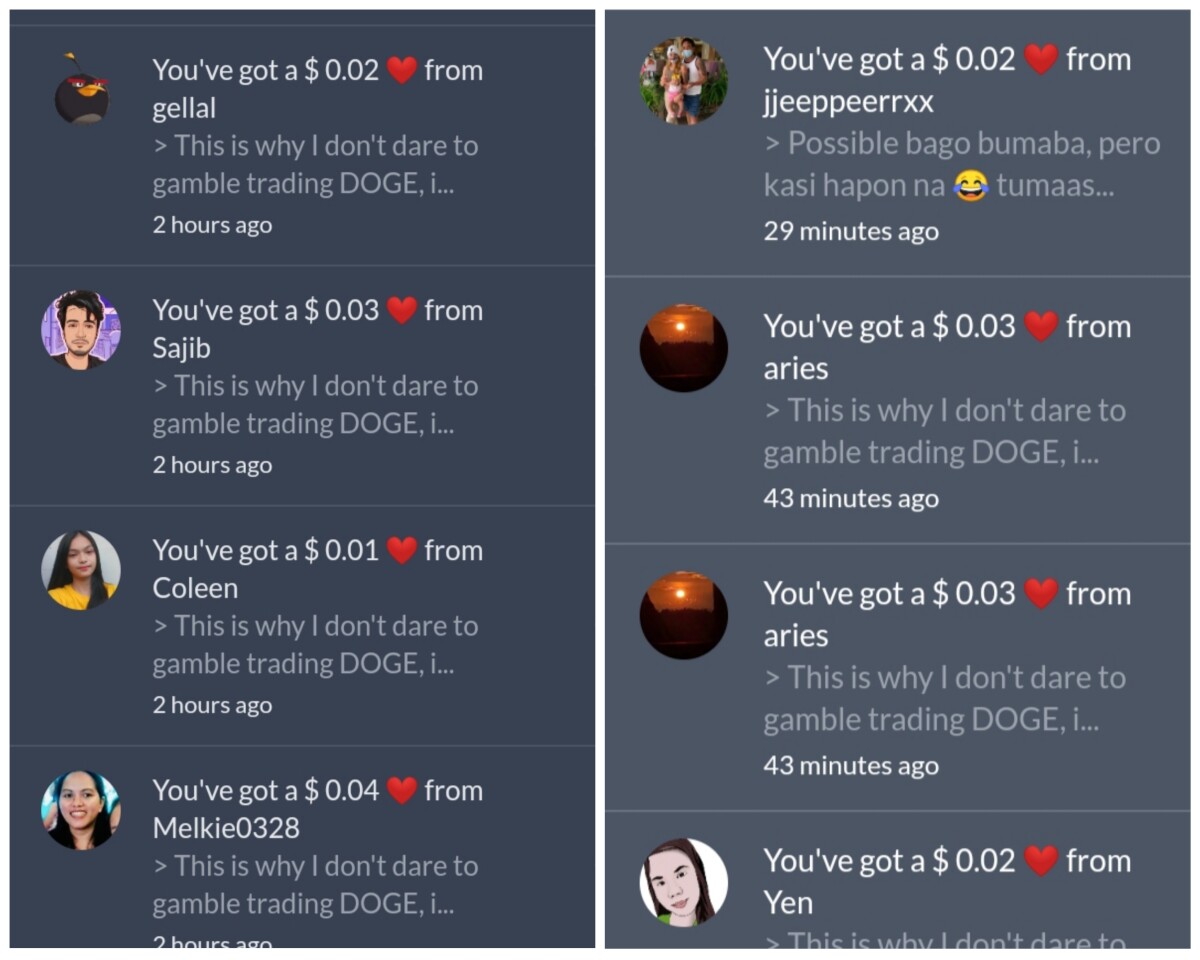 But within the day, noise.cash made new update again that the heart will have different value ranging from $0.01-$0.04.. the lively of noise people came back after having a little disappointment lol 😂 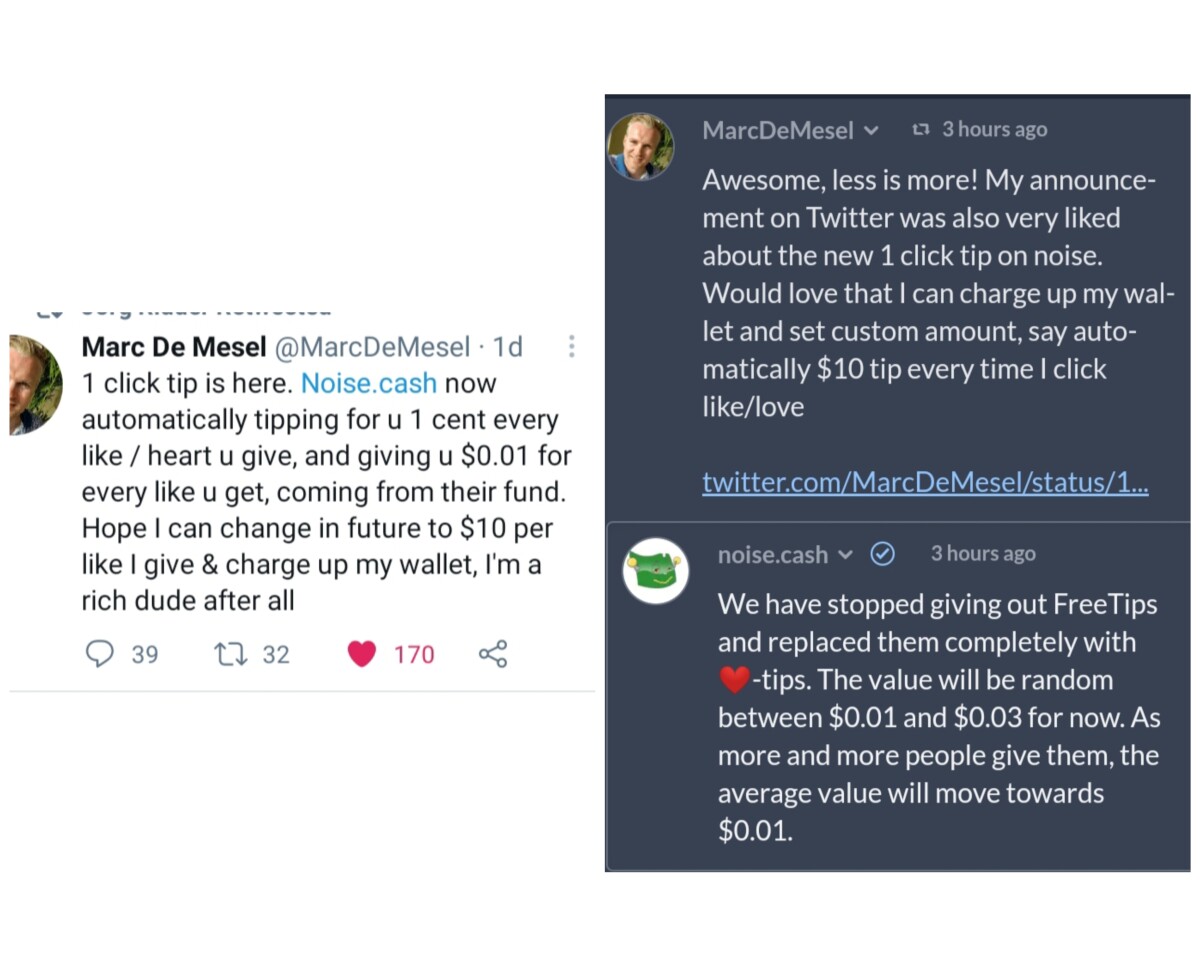 There are also a lot of users got excited about @MarcDeMesel tweet and renoise at admin post thinking that the heart value will be $10, not thinking that only if he (Marc) likes/love the post, that will be deducted to his own wallet. Noise people sometimes lacks reading comprehension because they only focus on the $$$$ lol.

I find the recent update better, why?

I find the new update better, because somehow it will control greed of those tips hoarder who set 50-80% for themselves because the heart value is random. The $4000 limit per day will be distributed to a larger pool compared to the freetîps feature that a user can set whatever percentage they like. 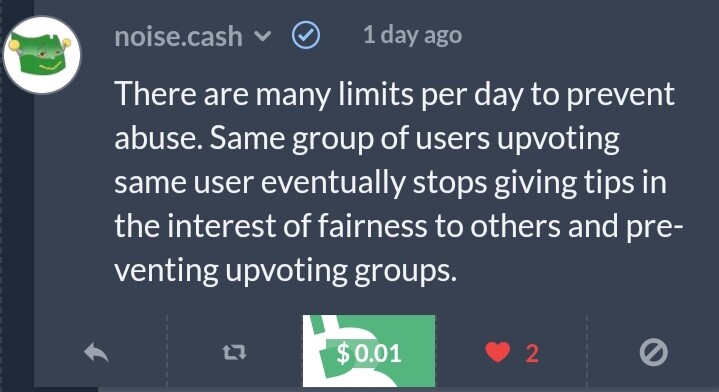 The heart tip value also has limits wherein when you over use the heart or keep flooding a user with heart, no more value on it. It also has limits to avoid abuse from those users who are making “upvoting rings” .

After the new updates, I seldomly seeing spam comments and post anymore in my subscription and also in explore if sometimes I visit it.

Did you ever find fault with the new update? Share it in the comment section let's discuss lol.

All images are my screenshots, memes are my creation from meme generator app.