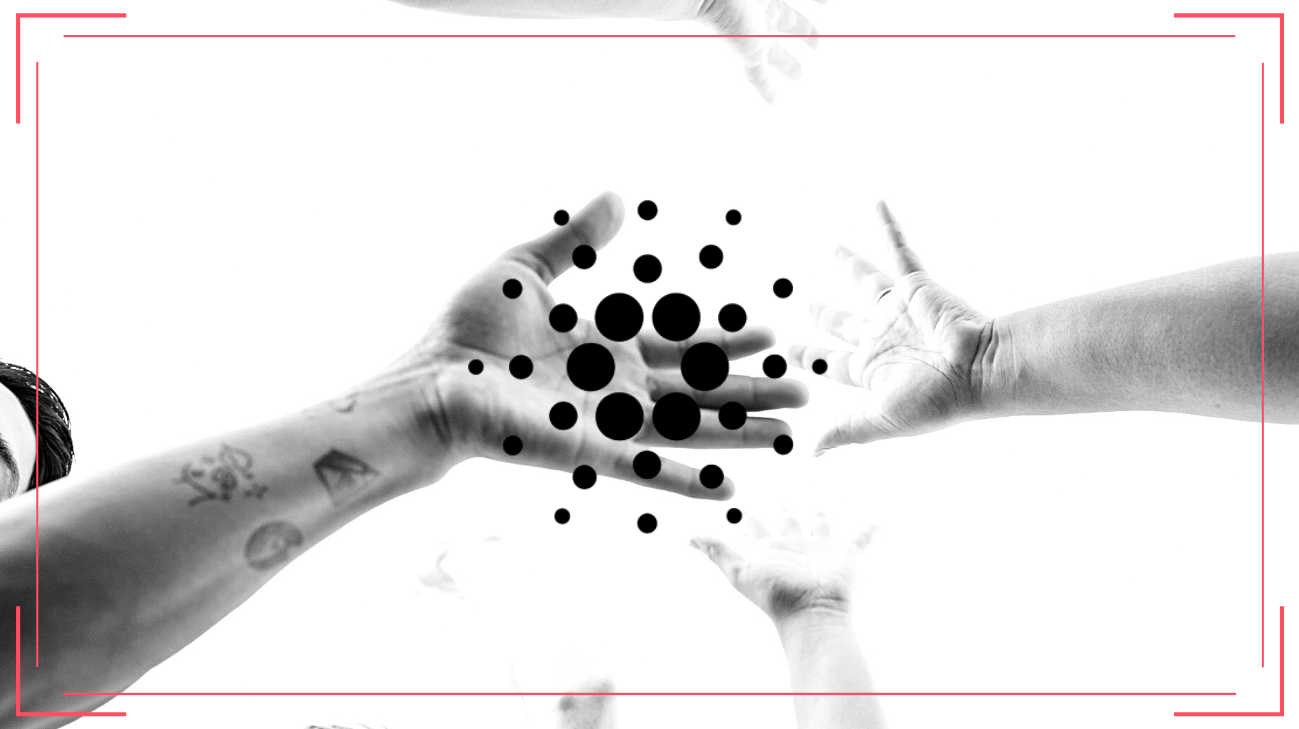 The Rise and Rise of Cardano - Implications for 2022

Cardano is the world’s largest peer-reviewed Proof of Stake (POS), cryptocurrency and blockchain technology. It is considered to be one of the most scalable systems by The World Economic Forum. 2015 saw the beginning of the Cardano network, it was the third most popular cryptocurrency by 2021. 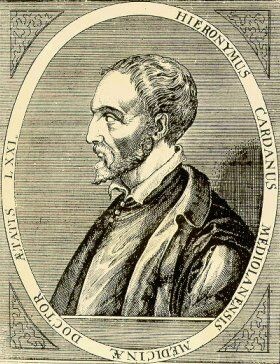 Charles Hoskinson, the co-founder of the Ethereum blockchain quit the project in 2014 due to differences with Vitalik Buterin over making Ethereum a ‘For Profit Corporation’ or a ‘Non-Profit organization’ (Vitalik’s take). Hoskinson’s buddy Jeremy Wood started IOHK (Input Output Hong Kong) a company that engineers blockchains and builds cryptocurrencies. Their main project was the public blockchain and smart contracts venture, Cardano. The development started in 2015 and Cardano was released in September 2017.

The blockchain system is named after the Italian polymath, Gerolama Cardano who invented the Cardano Grille amongst a plethora of mathematical, medical and physical endowments. The Cardano Grille is a cryptographic literary instrument designed for gentleman’s confidential correspondence. The 17th century was a time when cryptography equated to 'secret conversation'. The Cardano Grille was made using paper or thin metal, rectangular bits are cut over tactical and literary significance, and the spaces thus cut are used to write coded messages. The process is slow, requires literary skill and is tamper-proof unless the intervener has physical possession of the Grille.

The currency of Cardano is called ‘ADA’ (₳), named after the world’s first programmer, Ada Lovelace. An English mathematician and also known for being the daughter of the celebrated poet Lord Byron. 1 ADA = 1,000,000 Lovelaces (sub-unit of ADA).

It is interesting to see how Cardano has garnered such massive territory in the crypto space. A triumphant transition and a new dimension in Blockchain technology was Cardano’s achievement by being the first peer-reviewed, sustainable Proof of Stake (POS) model and an incessantly scalable network. The supply limit is 45 billion tokens. (It is believed that 95% of tokens are held by Japanese nationals.)

Cardano does not have a Whitepaper and instead imbibed design principles oriented towards conducting regulation, interoperability, scalability, proof of stake and consensus mechanisms. The platform uses a POS and consensus protocol called Ouroboros. POS is a very sustainable fashion of running the blockchain, The University of Cambridge stated that the Cardano network’s power consumption is 6 GWh annually vs. 110.53 TWh used by the Bitcoin network. That’s literally less than 0.01% of Bitcoin’s power appetite!

There are two layers in the Cardano ecosystem. ADA(₳) is nestled on the settlement layer where transactions are recorded, while smart contracts and Dapps run on the computational layer. It is the best of both worlds, from the Bitcoin-Ethereum layer design perspective. Smart Contract languages include ‘Marlowe’ for non-dev/tech finance personnel and ‘Plutus’ a Turing-Complete language written in Haskell.

History of the rise

Charles Hoskinson rejected venture capital in funding Cardano stating it was against the ethics of blockchain protocols and creates an imbalance in the overall ownership. Instead, it was funded by an initial coin offering (ICO).

2018: $10 billion, with a $30 billion peak and retracement to $10 billion market cap due to universally tight crypto market conditions.

Glancing back with a pinch of salt 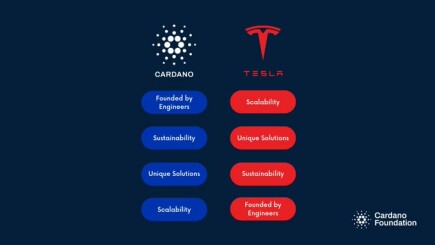 Come to think of it, ADA almost did a DITTO (a promising token that tanked) in 2020 during the period of a deadly pandemic pandemonium. COVID19 ensured everything humanity considered normal, would go through an incapacitating phase. ADA price declined to a shocking $0.02, March 2020. It barely traded at ten to fifteen cents more briefly during the rest of the year but concluded trading at $0.17, December 2020. It shot to stardom in 2021 hanging out with the bulls, $2.4 (it released an infographic with its supposed Tesla utility!) and touched ATH $3.08 as smart contracts were launched. But alas it was slashed in halves by the end of 2021, $2.20 dipped to $1.10.

Peer to Peer transactions are settled and conducted using Ouroboros protocol on the Cardano Settlement Layer (CSL) while Smart Contracts are conducted on the Cardano Computational Layer (CSL), this propagates seamless and efficient operations on both focus areas.

Cardano has a distinct Ouroboros POS mechanism cut out from the rampant POS used by other tokens such as Solano and Polkadot. The block creation mechanism is oriented towards Consensus rather than a ‘largest token holder’ precedence. Nodes make up the vast Cardano network, each node is led by a 'Pool Operator', who generates 'Keys' and produces 'Blocks' to become a 'Slot Leader'. 'Private keys' are signed by 'Owners' and 'Public keys' are used for verifying by others/other nodes. 'Staking Certificates' sent to the network are stored in the blockchain. Therefore, allowing everybody in the network to verify it. As Cardano.org says, “Designed for Mass Participation and Secure Decentralization”.

Time is divided into Epochs and Epochs are further divided into Slots. A slot is about 1 sec, an Epoch is made up of 432,000 slots and an Epoch lasts for 5 days. A new block’s creation is appropriated by parameter ‘d’. At the moment the ‘d’ value is set to produce a block in 20 seconds. I.e, in every 20 seconds, a random node can be the slot leader and mint a new block. 21,600 blocks are created/Epoch. Currently, the d= 0.56 and 54.2% of all ADA available is being staked (approximately 17 billion ADA), which = 1368 ADA/block.

Reserve = Maximal Supply - Present Circulation Supply; Rewards are a percentage of the Reserve before the remainder goes to the treasury.

Getting over these numbers

A stakepool on the Cardano platform is a node run by a ‘Stakepool Operator’ who pledges a certain amount of ADA, and several delegators who stake/delegate ADA with the pool. ‘Stake pools’ are ‘Public’ where other ADA holders can delegate ‘Stake’ for rewards and ‘Private pools’, that are incentivized only for the ‘Owner’ or ‘Stakepool operator’.

Both ‘Pledgers’ and ‘Delegators’ earn rewards from every ‘Epoch’. ‘Rewards’ vary but adhere to the formulas stated above. The higher the stake in a pool, the more are its chances of being selected as a ‘Slot Leader’ to produce the next block and therefore making it privy to rewards of the block produced. ‘Slot Leaders’ are chosen based on a randomness algorithm to avoid the production of multiple slots and blocks at the same point in time.

In a nutshell, all the ADA over the Cardano network is a stake held by a multitude of people. A stake in the entire Cardano network. The size of the stake is directly proportional to the ADA possession percentage. Like owning options or a percentage share in a company. According to Cardano.org the ability to pledge and delegate ADA, are the integral factors determining how Cardano functions and develops.

Let’s get to the price prediction for 2022

Alright, this all sounds cool and all, but what if Cardano plays a DITTO coin (a promising token that tanked) on us? Great question but that is not going to happen unless some unfortunate catastrophe befalls Cardano. Like an asteroid hit or something.

As of 2022 Q1’s advent, January 5th saw a market dip and beat Cardano down to $1.11 and in subsequent days it touched precariously low like $1.04 and is $1.06 at the time of writing. The bulls are trying to toss it back on its upward trajectory to bypass the $1.50 obstacle and get it into the $2 domain by the end of this quarter.

There are massive concerns regarding the decadence befallen on the environment, thanks to insensitive and unregulated mining, power consumption of BTC and ETH. Several responsible individuals are making the shift to greener, responsible and equitable platforms. The Cardano network is a pioneer in this regard, there is bound to be a rampant increase in the ADA token’s adoption and simultaneous flipping/selling of Bitcoin and Ethereum. That could spell $3 by the 2nd half of the year.

Cardano’s development stages are panned out as a roadmap of era’s namely Byron, Shelley, Goguen, Basho, and Voltaire. Each era has set functionalities as code releases, to be accomplished in a time period, furthering the Cardano blockchain. We are currently in the Goguen era looking into the Basho era. One of the most awaited events after the Smart Contracts is the introduction of a multi-currency ledger to mint FTs and NFTs, mint new currencies and tokens on the Cardano blockchain alongside tokenizing several physical and digital assets. Smart contracts have been successfully and popularly executed in the Goguen era’s starting, while scalability powered by experimental blockchain sidechains, and parallel accounting to increase network capacity and interoperability, belongs to the Basho era. The Voltaire era is the final era that would bring together a 'Voting' and 'Treasury System'. This would make Cardano truly decentralized where new development proposals will be voted-on by stakeholders of ADA and a treasury would be introduced, for utilizing and saving resources towards new development projects on the network.

If Cardano sticks to its roadmap, $10 is not far fetched at all when $25-$50 valuations are at bay in less than half a decade.

Cutting to the chase

Should I fudge around with Cardano?

Yes, it is an extremely fast-growing cryptocurrency with a grand vision, sustainable operations, fair incentivization and an amazing team.

Who knows. It might take some time but Cardano should adhere to its roadmap for that scenario to happen.

Is there a future?

Thank you so much for lending your eyes! Really appreciate it.

If you would like to trade, exchange, swap and delegate Cardano to appropriate and successful returns why don't you try BitYard? Here is a link to register yourself, click this.

BitYard also has a really interesting writing contest called MyCryptoOutlook (#MyCryptoOutlook). What more participation renders charity as part of TheGivingBlock.  The Giving Block is a crypto philanthropy endeavor that would donate 50,000 SHIB.

I have lots of hair and like ugly things. Alongside that, I manage to design, shoot, edit videos, make music, D.J and read a few books from the macabre genre. I am also doing a lot of crypto trading these days. Ask me about unicorns and dystopia ;-)

Look no further (from where you are already looking from ;-)) if you want to indulge in interesting, rare (subject to availability) and some funny flumour oriented perspectives on the happenings of the crypto space. More power to Defi, NFTs, Smart Contracts and innovative Alt Coins.