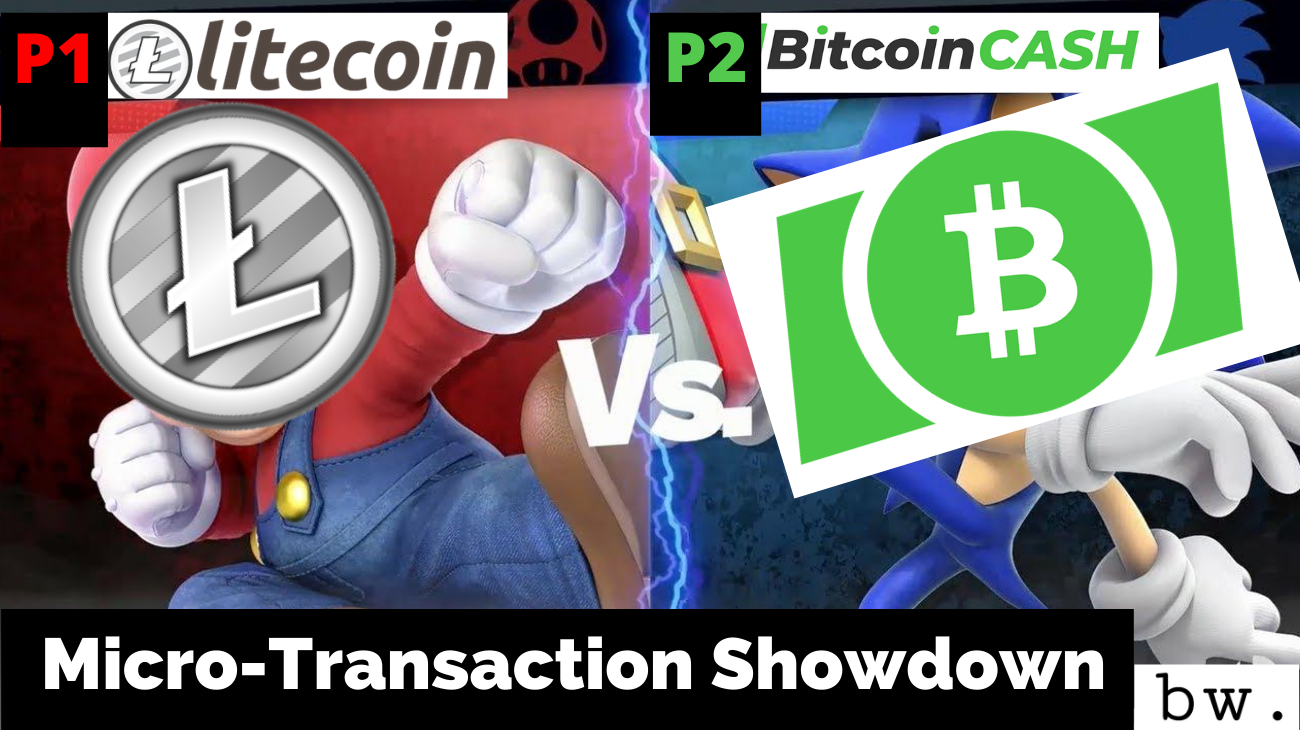 Litecoin vs. Bitcoin Cash: Which Will Win the Battle of Digital Cash?

If you're like most people, you love receiving Bitcoin.

If you're also like most people, you hate giving away your Bitcoin in the form of paying for stuff.

You are not alone.

BTC is looking more and more like a true digital gold -- AKA a store of value that people love to hold, but hate to spend. I fall into this category myself--why would I spend my Bitcoin on that avocado toast, when I might be able to buy an Xbox with that same amount of money 10 years from now? Plus, Bitcoin simply isn't built for mass-scale micro-transactions. The scramble over scalability has been a shitshow since the beginning, and it's still not clear if any proposed solutions will work once crypto goes global.

So, this begs the question...if crypto reaches the level of adoption we're all envisioning, and Bitcoin settles into its role as digital gold...which cryptocurrency will take the place of normal, day-to-day cash, which people will use to buy and sell stuff?

Ladies and gentlemen, I present to you today's gladiators:

Both are top-10 coins via CoinGecko, and both are vying for this exact use case: mass-scale, cheap, and fast transactions for day-to-day use.

If you need additional proof that these are the clear frontrunners, look no further than the recent announcement by Grayscale, which launched blockbuster funds for Bitcoin Cash and Litecoin simultaneously. I place a lot of trust in Grayscale, as they've been unphased by the institutional fear around crypto, while also having the resources to hire the smartest financial minds in the business to protect their investors' assets.

Alright, I've been rambling enough. Let's get into it!

Same block size limit as Bitcoin (10MB) but significantly faster confirmation time (2.5 minutes compared to 10 minutes). That means it can handle far more transactions than Bitcoin for lower transaction fees, plus it can confirm these transactions on the blockchain faster.

Thanks to Litecoin doing a good job of delivering on its roadmap, it's gained the respect of even the most prominent Bitcoin maximalists:

Created out of disagreement over if Bitcoin should sacrifice decentralization and security to increase the block size. When the Bitcoin developers refused, Bitcoin Cash was created to go their own way.

Thus, Bitcoin Cash was born. Its main difference from BTC: much bigger block size -- whereas Bitcoin has held firm on a 1MB block size, BTC increased it to 8MB, and later even larger to 32MB.

But alas, this first fork was not the end of the drama. In November 2018, there was an additional fork drama extravaganza, resulting in a further split into Bitcoin Cash and Bitcoin Satoshi Vision (BSV). This caused a lot of damage to BCH's trust, reputation, and activity volume, not to mention the community becoming even more diluted than it already was.

Similarities between LTC and BCH

This advantage is increased by the fact that their frontman, Roger Ver, owns the Bitcoin.com domain. This has become a HUGE controversy, since he's gone on to turn this website into a sneaky marketing tool for BCH, while also confusing a lot of Bitcoin newbies about which one is the "real Bitcoin". Count me as one of the folks that thinks he's a giant douchebag for this, but you can't say it isn't clever. It undoubtedly helps BCH's image. 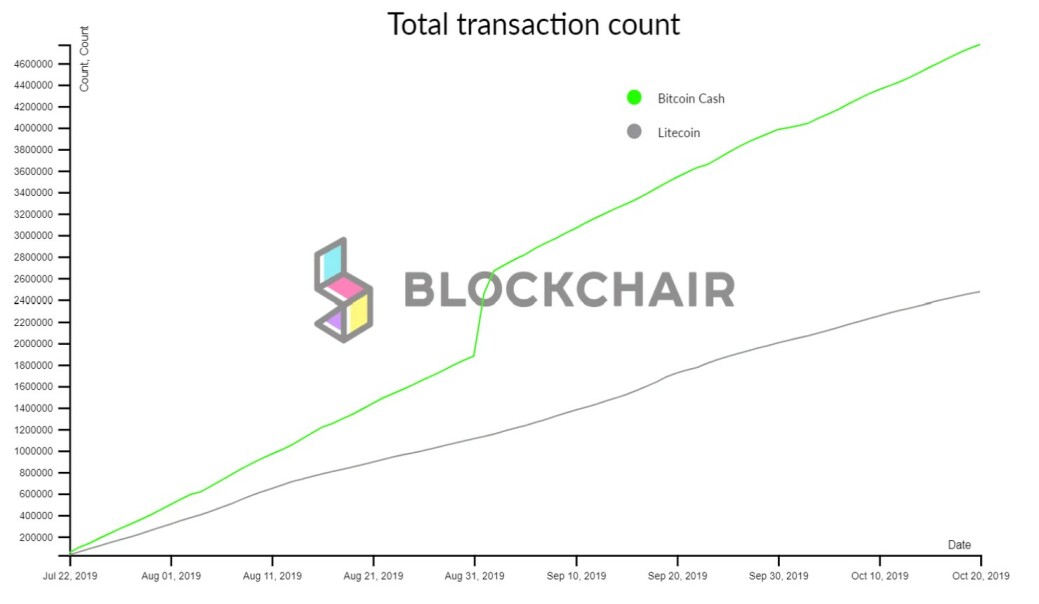 After reading the book Bitcoin Billionaires, I've come to feel a bit wary of Roger Ver's "fuck everyone and everything that disagrees with me" attitude. It may be naive of me, but I have a hunch that this mindset will bite him in the ass sooner or later.

Compare that with Charlie Lee, a guy who is loved by just about everyone in the crypto community, and has a larger social media presence to boot.

I know that you can't base your opinion of a cryptocurrency entirely on its figurehead, but sometimes you gotta ride with the right war general!

In my personal opinion, Litecoin has been very smart to position itself as a complement to Bitcoin from day 1 (you may have heard people call it the "silver to Bitcoin's gold"). Bitcoin Cash on the other hand, took a clear stance AGAINST Bitcoin, in a messy breakup in August 2017. If you're as bullish on Bitcoin as I am, then you'd agree that this toxic relationship is a bad thing for BCH, and comparatively a good thing for the long-term potential of LTC.

Plus, it's not like LTC lagging behind in tech compared to BCH. It has a very strong team led by one of the original coders of Google Chrome in Charlie Lee, which bodes very well for its prospects of long-term success. 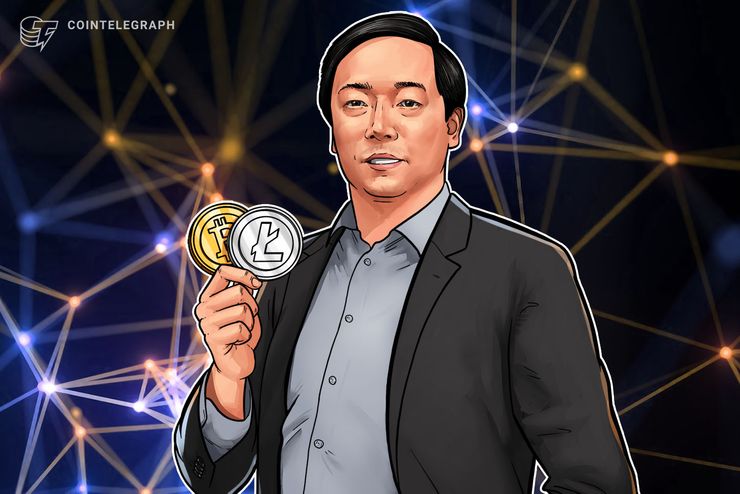 Agree? Disagree? Let me know in the comments!

Bonus: For a very well-written article that takes an opposite stance of mine, check out this piece by the Crypto Coin Society.

Unstoppable Domains - Claim your name in the future of crypto payments and decentralized websites (Referral bonus: $10 off your first order!)