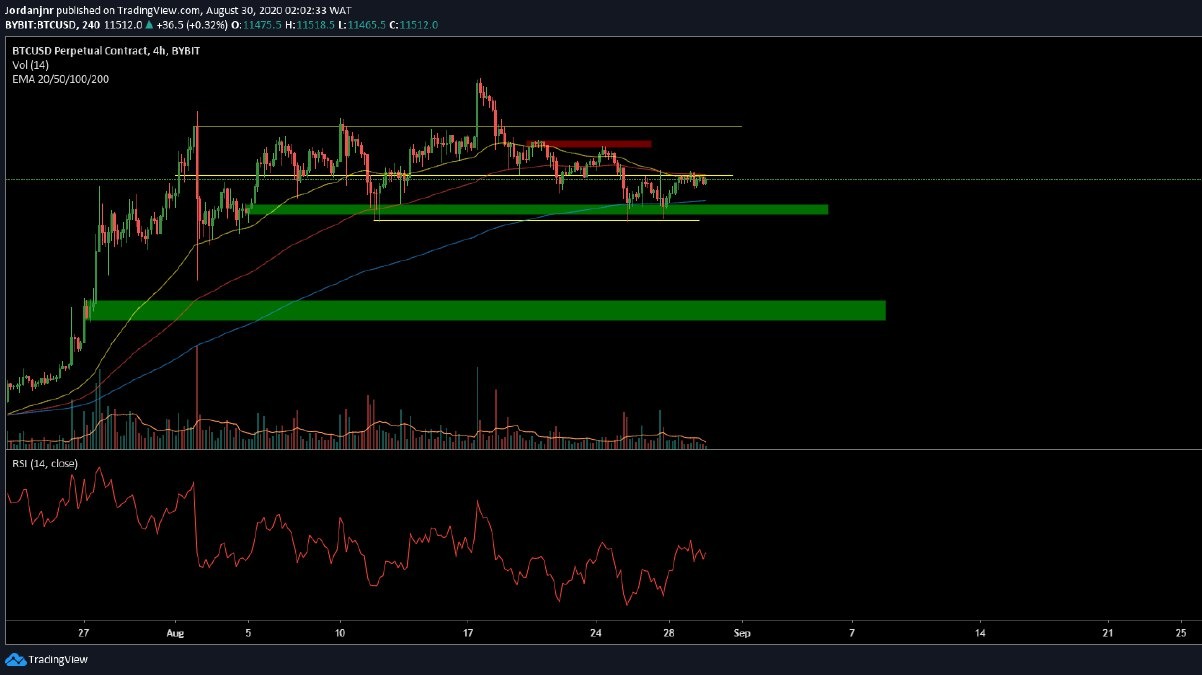 All my trade setups in one place: Bitcoin Street.

and welcome to another analysis!

I must be on a roll here, because since I started 2 weeks ago, I haven't had an analysis that went wrong! So far, the trades I have publicly shared in my analyses (with and without leverage) have added up to a total of 514%! In 2 weeks!

So obvious self love aside, let's get into the analysis for today. 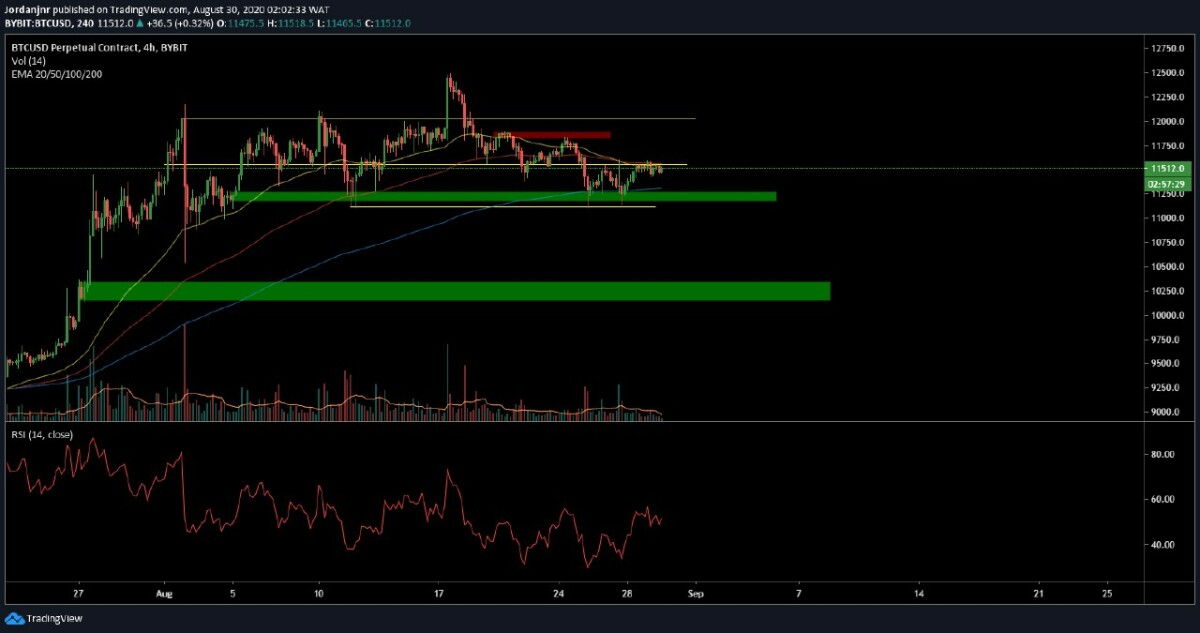 Currently facing EMA and horizontal resistance on the 4-hour chart. Volume is also dying off, which is a strong indication that bulls are losing ground here, and fast.

Given that BTC usually responds negatively to mid-range retests as resistance, we can expect the price to retrace a bit towards the demand below.

However, I don't believe that demand would hold at all, simply because of the fact that it has been tested way too many times. In essence, the more a demand zone is tested, the more the demand within the zone reduces. So I don't expect it to hold on this next retest. Which could prove to be a decent short entry. 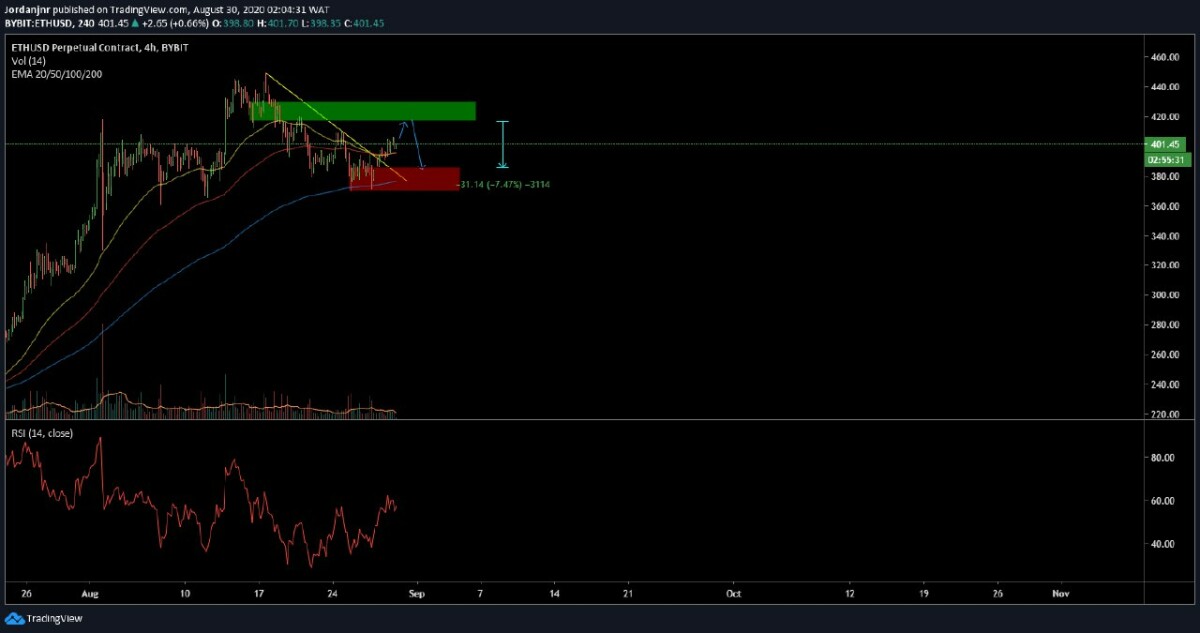 Ethereum looks just like Bitcoin, except that it hasn't been in a range all this while.

It recently broke its down trend trendline, but with very little conviction or volume. The RSI also looked very slack on the break, so I don't believe that was a "real" break of the resistance.

However, we are still moving up, but my guess is not for long. I feel we move up to the demand zone above, and then liquidity dries off within the zone and we head back for the liquidity grab below where whales *most likely* have their orders set.

A great short setup that should yield 70% on 10x leverage. I will be taking the short if I have enough reason to once we do reach the resistance. 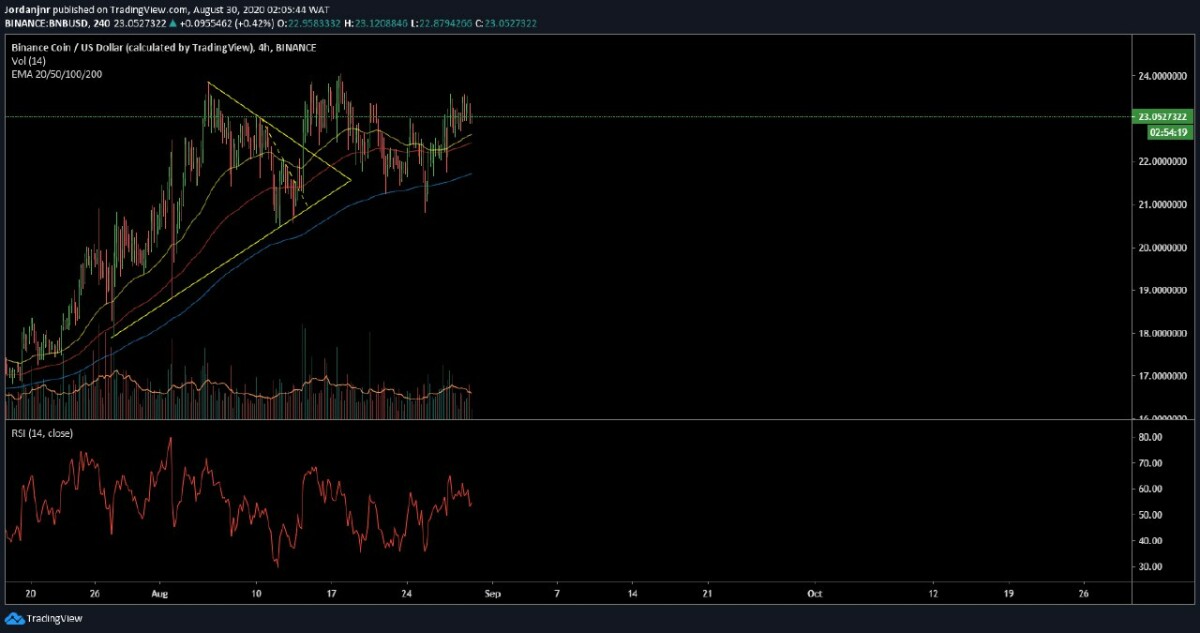 BNB has literally printed free money for us since I began this analysis series 2 weeks ago.

It's very predictable, and it shows. There are big buyers and sellers, and Binance mostly cashes out once there's a little rally, so you can always very easily short its mini rallies at resistance points with high liquidity.

Not really much to say about BNB as it hasn't had much price development. However, I expect price to correct at its resistance, with a rather rapid move downwards when that happens. 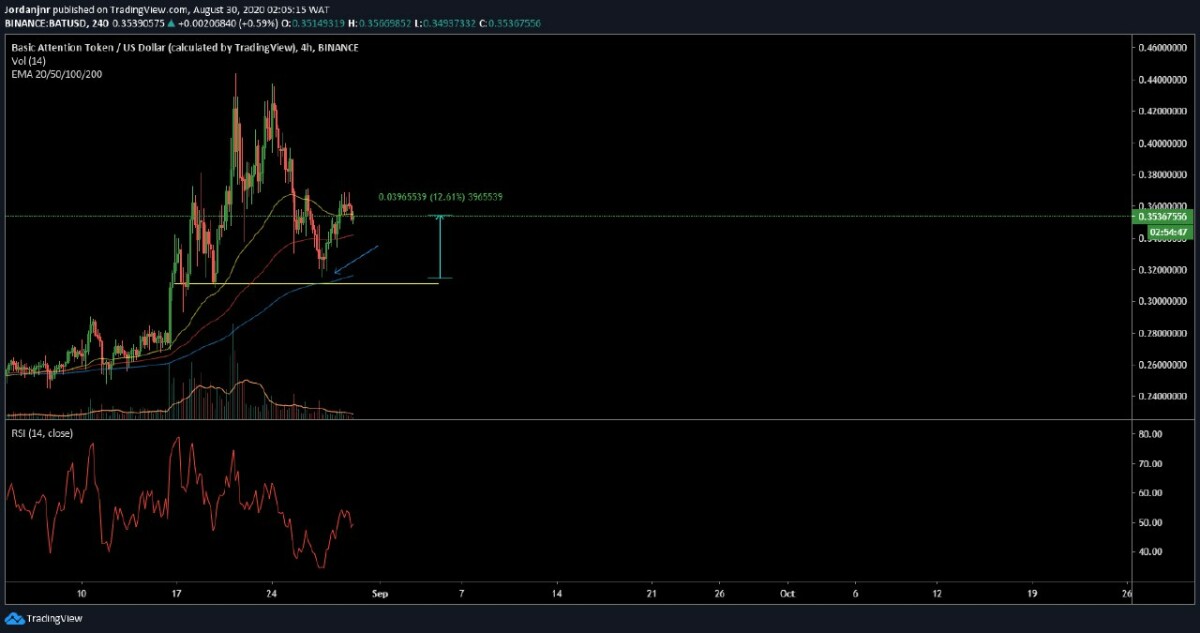 Don't mean to sound rude, but if you didn't take this trade even after I persuaded you, you literally hate money, period.

I spoke in my last analysis that a buy at the point marked with the arrow would be free money.

Price reversed *perfectly* from that area, and went ahead to print me a 126% profit with 10x leverage. Easy money literally.

I still hold a big bag of BAT from 0.08, so I don't mostly trade it. But I see price moving downwards a bit more before any slight reversals up.

If you were unable to short the resistance above, there's no need to fret. You can either short the retest of supply or long the EMA resistance if and when we get it.

Thanks for reading! If you enjoyed the analysis, feel free to leave a like and tip on this post as encouragement!