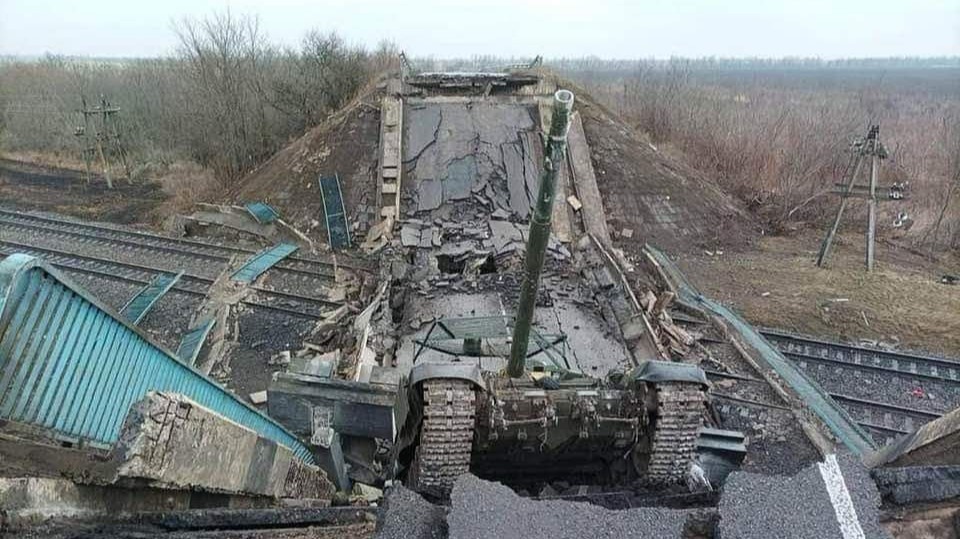 This interview I did for French media Breizh-info, it will published there in French, but I asked if that's ok to publish it in English and got positive response. So I'm happy to share this English version with my crypto blog readers. French version I'll publish too, after it's online.

Breizh Info: Andriy Voloshyn, what city are you in and what is the situation there?

AV: Hello, thank you for your interest.

I’m from Kyiv. During the war I visited many cities and villages. Now the whole country lives in the state of martial law, with curfew and the limitations. The situation in Kyiv is normal, the russian failed both to capture the city and to create a siege around it. However, not far from Kyiv the fighting is going on, and there are diversant groups inside and around the city. The negative thing is that Kyiv is under constant bombing threat, some building were destroyed and civilians died. But as you know other cities were hit even harder, and nearby Hostomel and Irpin were almost completely destroyed.

Breizh Info: What is happening in other cities in the country?

In cities which are distant from the frontline you can feel the martial law as well, seeing block posts, territorial defense and police. Almost everywhere there are housing problems, lack of gasoline for cars and some products. Many businesses don’t work, but now there is a popular idea that if you can work - do it, as we need to maintain the economy, so some businesses are returning to work. Some cafes and bookstores work, recently in some cities beer was allowed, in some parks the entertainment for children started to open.

In cities on the frontline like Kharkiv, Sumy, the situation is bad. Russians are conducting genocide, they hit civilian buildings and kill civilians. The worst situation is some cities under occupation. russians rob stores and houses, humiliate people, rape, kill children. You can only imagine what people under occupation feel - fear and despair. There are audio communications of occupants posted online which confirm such cases. Russian strategy is to bring terror and panic to civilians as they don’t have big military progress.

But the bombing happened in majority of big cities, including in the western part of Ukraine, distant from the frontline.

Breizh Info: What seem to be Russia's war aims? Does it want to annex part of Ukraine or the whole country or just change the power in place in Ukraine? Can the Russians maintain their presence in Ukraine in the long term?

It seems russian war aim was to destroy Ukraine. But they are also trying to “market” this idea to their people and their supporters abroad, that’s why they shape it in the name of “demilitarization and denazification”. They try to say they want only to change the power, and maybe the original goal was to conduct blitzkrieg, place a pro-russian government and make Ukraine surrender politically. But after the attack evene the majority of pro-russian politicians either turned silent or joined the fight against invaders.

Breizh Info: Faced with the Russian invasion, does the Ukrainian population of Russian language and that of Ukrainian language react differently?

They reacted the same - with strong opposition and fight against russian invaders. That’s one of the old-used attempts of russian propaganda to try to divide Ukraine by language and to try to fabricate a myth that the russian language is oppressed. The vast majority of people who were still sympathizing russia, started to hate it. Even pro-russian fraction in parliament signed against russian invasion, and only one crazy MP was welcoming the invaders sitting at his villa in the EU. He was expelled from the faction and later voted by everyone for the cancellation of his mandate. Now Ukraine is united as never before. Also more people switch from russian to Ukrainian language in their everyday communication.

Breizh Info: Many people have left Ukraine to take refuge in the European Union? Which parts of Ukraine are these refugees from? Who are they ?

As for now 3 million people or more left the country. Refugees are from everywhere, but I think in percentage more from the cities which are closer to the frontline. As I mentioned before, even distant regions of Ukraine were bombed. So people who are especially cautious about security, can’t feel safe everywhere. Refugees are women and children mostly, as male from 18 to 60 can’t leave the country according to martial law. Most of the refugees once they are abroad continue to do something helpful for Ukraine and plan to return after Ukrainian victory

Breizh Info: Among the Ukrainian fighters, are there many women?

Yes, around 15% in the military. Some women show great heroism and especially there are many women who are very effective and trustworthy volunteers.

They are all over the world. Some came from France and from Foreign legion. Many of these volunteers understand that they are fighting not only for the freedom of Ukraine for for the civilization against the hordes of evil (or orcs, another popular definition of russians)

Breizh Info: Is the situation in Mariupol hopeless?

The situation in Mariupol is very hard. The city was destroyed, many civilians were stuck there and were not able to leave. What russians are doing there is genocide. The world was shoked when they specifically bombed the theatre where people were hiding in shelter and there we signes “children”. Russians targeted civilians on purpose and the world would not forget this and similar crimes.

Azov battalion is gloriously fighting for defending Mariupol. There is always a hope. I can’t comment on the situation from the military point of view, but I advise you and your readers to follow official and confirmed sources, as russians are always lying in their media.

Breizh Info: How is the occupation of part of the country by the Russians going? How are the local people reacting?

Only a small part of the country is occupied. And if to see on the map - russians control mostly roads. It’s hard for them to control cities. One of their main goals - to occupy Kyiv was not achieved. The occupation is only temporary, but where it happened - it’s very bad. They kill civilian people with no reason. What they do is really crimes against humanity.

The local people reacted with protest, strong opposition, which was visible on multiple videos, when unarmed people came to resist tanks, and with partisan movement. Sometimes russians try to fake the warm welcome, but they are loosing the informational war too - nobody believes their fake news (well, maybe apart from some russians who still watch TV at home). There is a version that Putin was not informed correctly, that he thought it will be like in Crimea in 2014, but nowhere russians met a warm welcome and the amount of traitors is minimal.

Breizh Info: How do you envisage the continuation of the conflict?

This is not a conflict, this is war.

As we remember Carl von Clausewitz said that War is the continuation of politics by other means. Political and diplomatic negotiations are going on, and it seems russias decrease their demands. Russians can still stop the war and go back, the sooner they do it - the better, as it will save lives. But it can be weeks or even longer. Obviously after so much suffering, after such heroism from the Ukrainian army and people, Ukraine can’t have any agreement on a bad term (which is the original proposition of russia). The longer term effect of this war might be the destruction of russian economy and the disintegration of russia as a country. And Ukraine will become even stronger and independent.