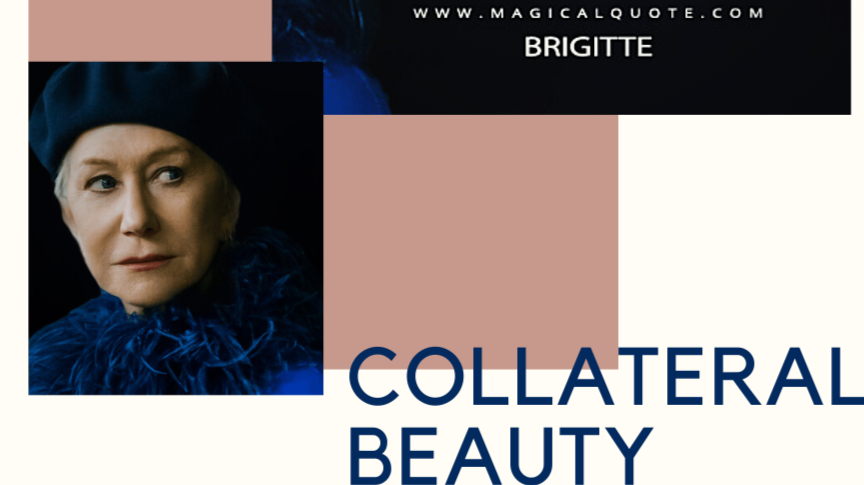 The phrase collateral beauty encompasses many meanings it reminds me of the story of a young girl who was much ambitious to fulfill her dreams. But what were her dreams she wanted to be achieved? She desired a beautiful villa and prince charming who would be there to fulfill each of her wishes. She wanted to live life just like the princess does. She was too young and her beauty mesmerized each individual who looks at her. Days went on until in his aunt's village she met a young man who was unknown to her. She felt her heart beating and after a while, she realized that He was his actual prince charming who was going to be the ruling prince of the kingdom.No doubt it was her good luck and time was favoring her.

She married her Love and became the princess of Valles. Everything was beyond her imagination that castle hustle-bustle and each aspect gave her delight. She was being loved by the folks too they were fascinated by her beauty and liked her a lot.

Time was passing rapidly but soon she felt bored In such circumstances, Although each of her wishes was being fulfilled she doesn't have freedom either. She can't visit her friends or the relaxing place as the people were behind her wanted to interfere in his private life. She was irritated by this environment. She gave 2 princes to the royal family but she felt breakage in her relationship as her husband didn't have that type of love for which he has been. someone was disturbing her happiness.

She felt psychologically sick. She got more pain as it was being given by her loved ones. She was longing for love but hasn't it. Where she should go now? She was neither happy with her present. At last, she finalized, divorce with his spouse and took a breath of relaxation that now she will live the life with freedom. She wanted more time so that this liberty cans rejoice can stay longer but alas death was before her. She hasn't thought that she would leave the world in a car accident.

She said was goodbye to this. People may think that she was ungrateful, she had beauty, love, fame, and luxury but you know realities are more bitter than they look like. This is the true story of Princess of Valles Princess Diana.

How it is the collateral beauty;

we desire for love, we yearn we had more time, and we fear for  death,”

The lesson I have drawn;

How it is related to Uptrennd city;