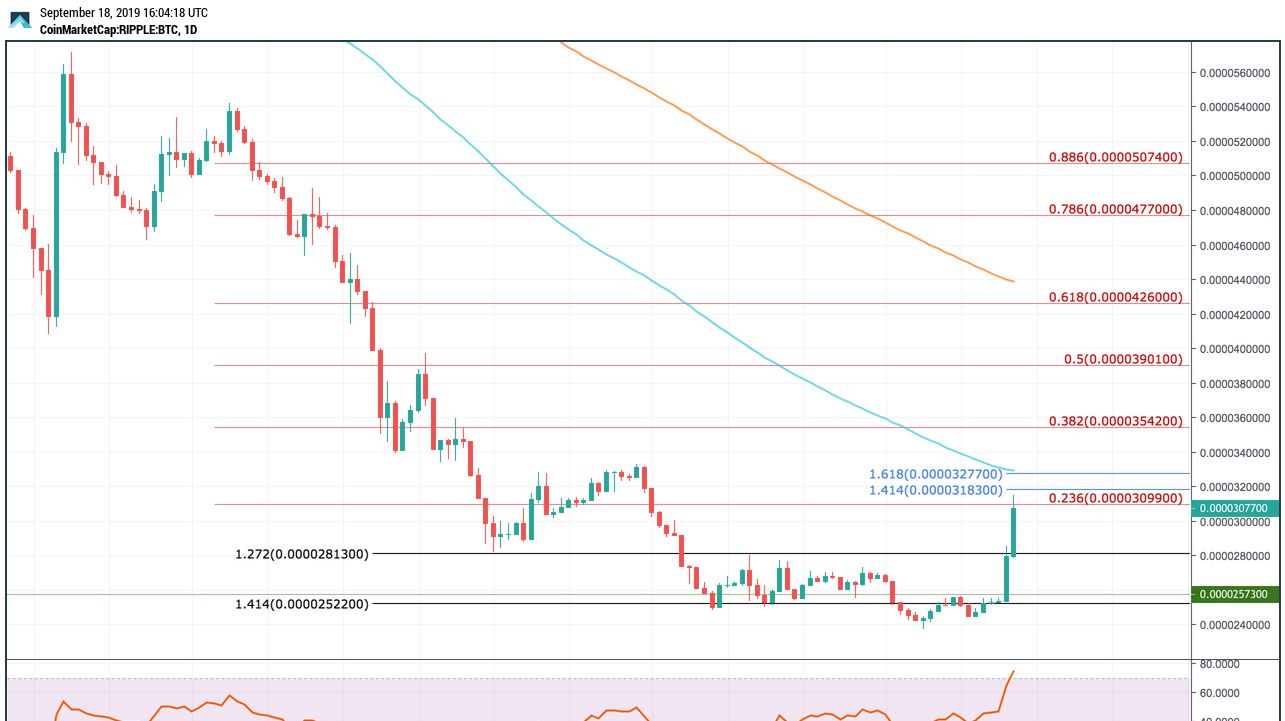 XRP Awaken From The Dead - Where is the Price Headed Now?

XRP has been on a tear today after increasing by a total of 11% to reach the current price of $0.3139. The cryptocurrency has seen a 23% price hike over the past 3 days, allowing XRP to break back above the $0.30 level. XRP is the strongest performing coin out of the top 5 cryptocurrencies after the lastest price surges - beating both ETH and BTC. In fact, the only coin out of the top 10 to beat XRP today is XLM which has increased by over 30%.

XRP remains ranked as the third-largest cryptocurrency with a market cap value of $13.53 billion. This latest price surge is totally due to the fact that XRP has started to make some gainst against BTC - whilst Bitcoin remains totally static. XRP had been struggling significantly against BTC in 2019 after dropping by a total of 75% to the 2019 low. This rebound against BTC may allow XRP to continue much further higher against the USD - so long as BTC remains above the $10k level. 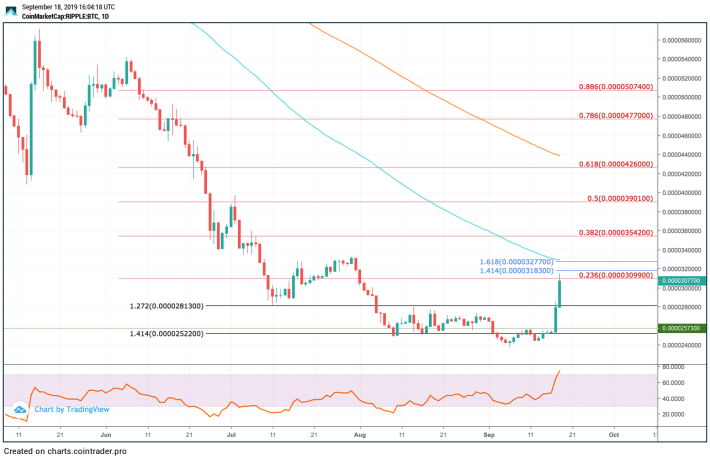 Looking at the daily chart above, we can see that during late-August and early-September, XRP had managed to find support at the $0.2525 level. This level of support had allowed the price to rebound higher in the past 2 days. We can see that once XRP started to move, it broke above strong resistance at $0.28, $0.29, and $0.30 with great ease.

XRP then continued to climb further higher, breaking above the 100-days EMA at $0.305 until reaching the resistance at $0.3218 (provided by the short term 1.414 Fibonacci Extension).

The RSI is well within the bullish territory as it approaches overbought conditions which could suggest that the XRP bulls need a short break. However, in a bullish run, the RSI can remain overbought for extended periods of time.

I don’t often provide Altcoin/BTC analysis - but in a situation like this, I think it is important to update you guys on the XRP/BTC markets so let’s take a look! 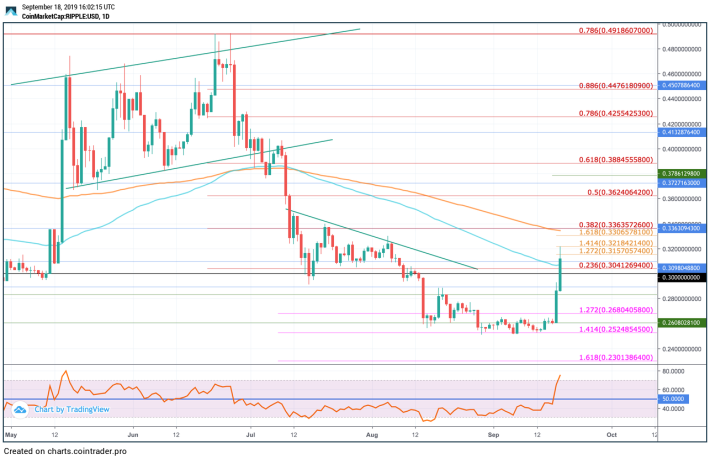 We can see that XRP had suffered all the way down to the 2500 SATS level where a rebound higher was seen. This latest rebound has now allowed XRP to climb back higher and break above the 3000 SATS level to where it currently trades at 3070 SATS.

XRP has seen an extraordinary price increase over the past few days allowing the crypto to climb back above $0.30. The price surge is largely a result of XRP rebounding against BTC to climb back above 3000 SATS. For this price ascension to continue, we will need to see XRP climbing further higher against BTC (and for BTC not to drop too much).