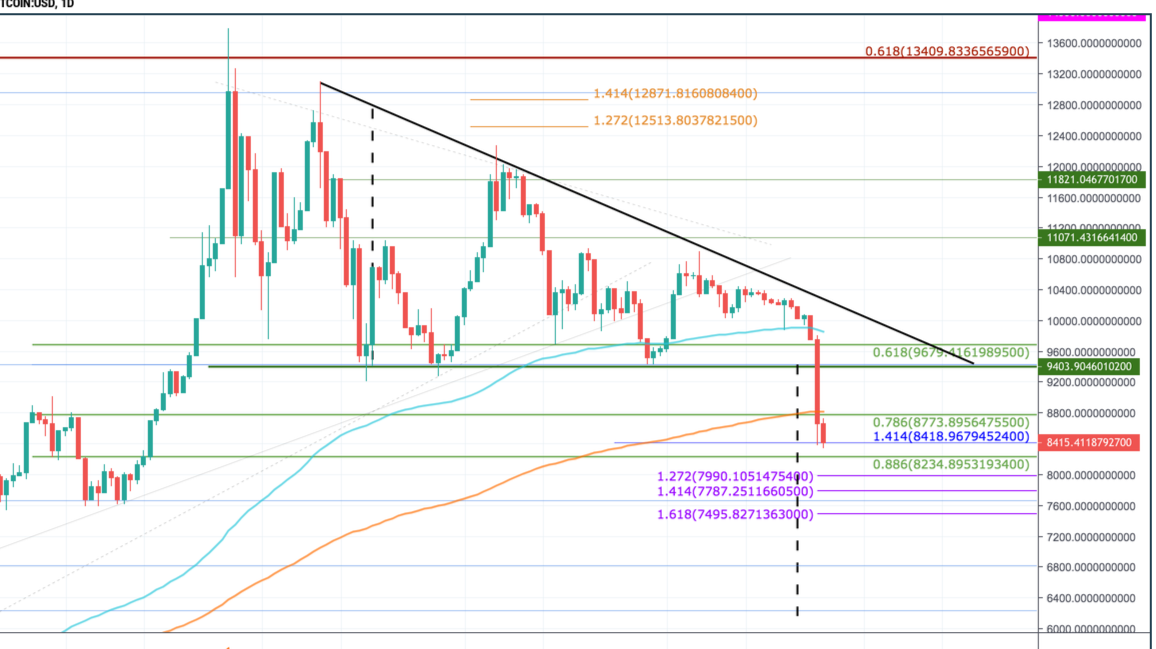 What REALLY Happened To The Market In The Past 24 Hours

So, the tide has turned. Bitcoin has finally shown its cards and has decided to head southward, breaking beneath a 3-month old consolidation pattern. There has been much debate as to what had caused this drop ranging from Baakt futures not doing so well to large whales moving BTC from wallet to wallet. However, in my own opinion, all that happened is that Bitcoin fell beneath a descending triangle...it was kind of expected. Below, in this article, I will explain what really happened in the market over the past 24 hours and explain the debate that was occurring between traders weeks, days and hours before the market wipeout!

The number 1 ranked cryptocurrency plummeted by around 15% in a short few hours on September 24th at around 19:30 UTC+1, as Bitcoin fell through support at $9,400 and continued beneath support at $9,000 to reach the current trading price of $8,415. This price drop brought the entire market cap for the industry down with it as it dropped by a total of $30 billion in a short few hours. 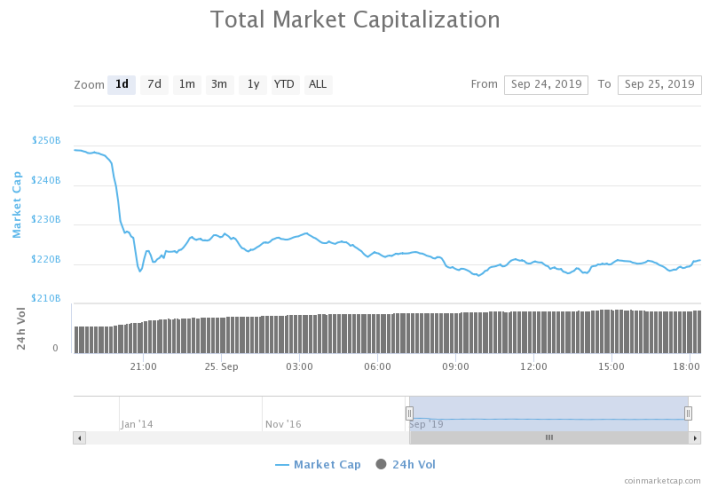 This price dump took the market by surprise as analysts scrambled to create articles debating what happened and how low we could go. However, for the technical traders out there, the signs have been apparent for a long time about what was to come and many analysts simply ignored what the markets were suggesting.

You see, the market had risen pretty aggressively from April through June and it needed a little time to calm down. In fact, in the aforementioned period, Bitcoin had increased by a solid 245%. This was a little parabolic as the market became overbought which led to Bitcoin moving sideways in a period of what is known as ‘consolidation’.

Consolidation is basically a decision period for a market, where traders are pretty indecisive about which direction to head toward next, causing the market to coil or remain trapped within a distinct range. However, when the market consolidates, there are subtle tells about which direction the breakout may head toward. These subtle tells are easily identifiable by using triangles.

A Game Of Triangles

The problem is, drawing triangles is pretty subjective. My triangle boundaries could be totally different from another analyst's boundaries. Nevertheless, more often than not, analysts usually agree if the triangle is ascending, descending, or symmetrical. However, in this period of consolidation things were a little different.

Over the past couple of weeks, I have argued that we are trapped within a descending triangle, HERE and HERE, and we should be cautious as a breakdown in the triangle will result in the market heading toward $6,100. Although I do not like that we have broken beneath (as I too was surprised at the magnitude of the drop), the signs have been there for quite a while now. 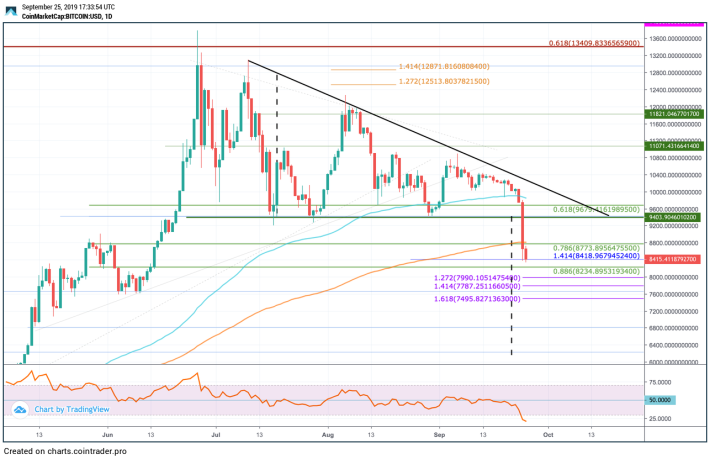 Looking at the daily chart above, we can clearly see the descending triangle in all its glory, warning us about what is to come next. A day before we penetrated beneath the triangle, Bitcoin had penetrated back beneath the 100-day EMA - the first sign that we may be breaking below

As Bitcoin broke beneath the support at the lower boundary, at the $9,400 level, the velocity increased and BTC continued to plummet further lower very quickly as it broke beneath support at $9,000 and $8,773 (200-days EMA). The market dropped as low as $8,400 where it attempted to rebound.

In today’s trading session, Bitcoin has continued to place pressure on the current support level at around $8,418 - provided by a downside 1.414 Fibonacci Extension level.

We really cannot ignore the size of the recent price fall. This is a trend shifting market movement. Following this, we must expect Bitcoin to continue to trend further lower and we can even predict how far this is likely to drop.

Can The Bulls Rebound?

After a strong move in any direction, a rebound is usually expected. However, as this is a trend shifting market movement, we can only expect BTC to rise as high as $9,400  (previous boundary) before trending back lower once again.

In conclusion, the market movement seen over the past 24 hours of trading should really not have come to a huge surprise to us all. The signs were there for a long time as BTC continued to consolidate within the descending triangle.