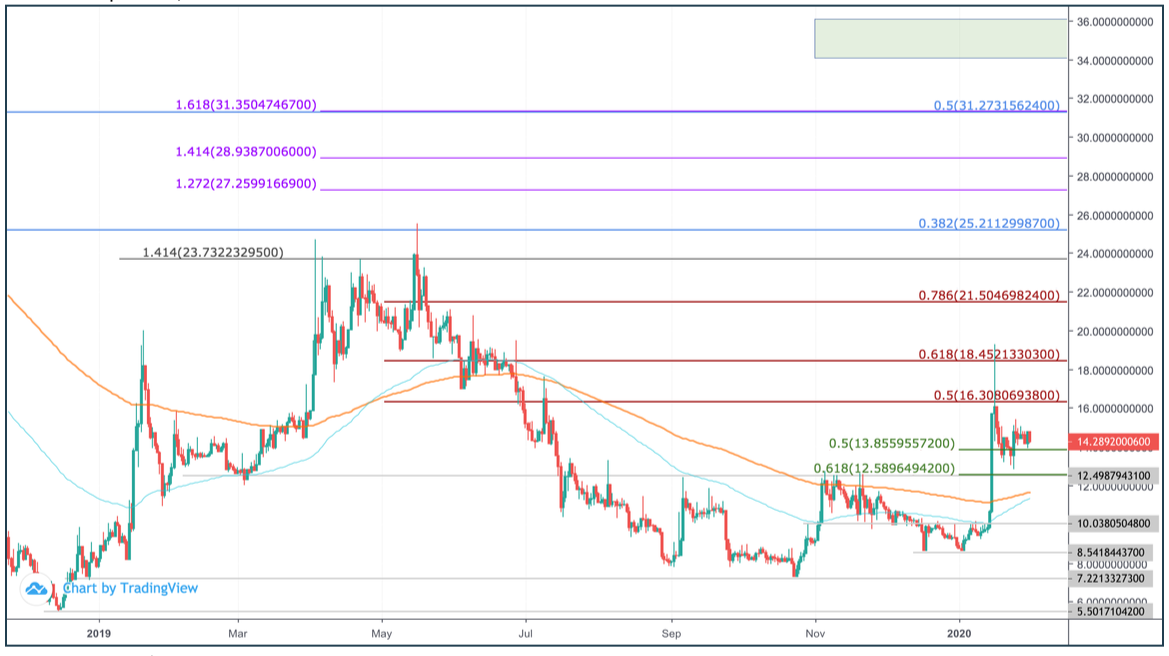 It managed to climb as high as $25 at one point in May 2019 but it eventually turned around and started to plummet during the second half of 2019 to close the year at around the same price it opened the year. 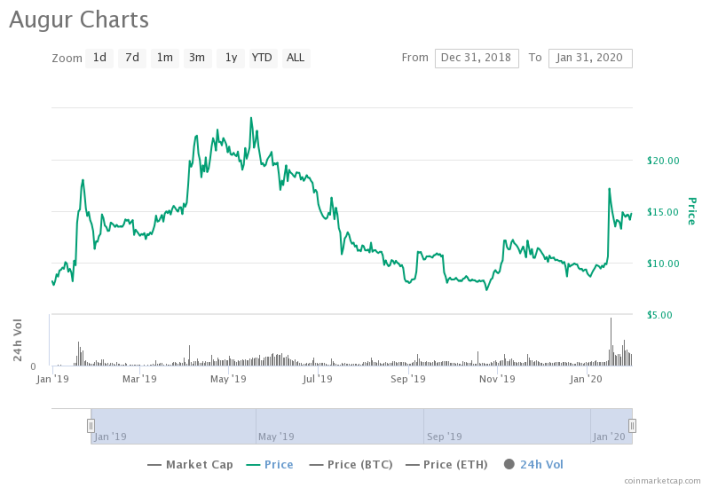 Despite not increasing on an open/close basis in 2019, the cryptocurrency started the new decade on the bullish footing as it managed to rise higher into the $16 level. It has since fallen slightly as it trades at around $14.20 but the bullish sentiment has been established. The total price increase for 2020 (as of late-January 2020) has already seen a 66% price increase, however, we can expect this price surge to continue much higher.

Augur has some fantastic developmental upgrades in the pipeline. They are expected to release their v2 of the protocol at some point during Q1 of 2020 which will see major improvements to the platform as well as the integration of the Dai stablecoin! Furthermore, after releasing v2, the team intends to continue and release v3 shortly after which will introduce off-chain scaling to Augur, providing the platform the very high throughput and low latency that it will need to thrive.

That is not all.

The network growth of Augur is also on the rise as the daily active users start to climb again during 2020. If Augur can retain its userbase and continue to grow, we can expect the REP token (the utility token for Augur) to start to surge.

For the reasons stated above, and more discussed below, I believe that REP has the potential to surge by a total of 147% in 2020 to reach my target price of $35 at some point during the year. Bear in mind that it has already increased by around 66% so in total I believe that REP will surge by 310% from the yearly low in 2020.

In this article, I’ll firstly cover a range of topics that I believe will influence REP in reaching my $35 target during 2020 and then analyze REP on the daily chart to highlight some areas of resistance on the way toward the target. 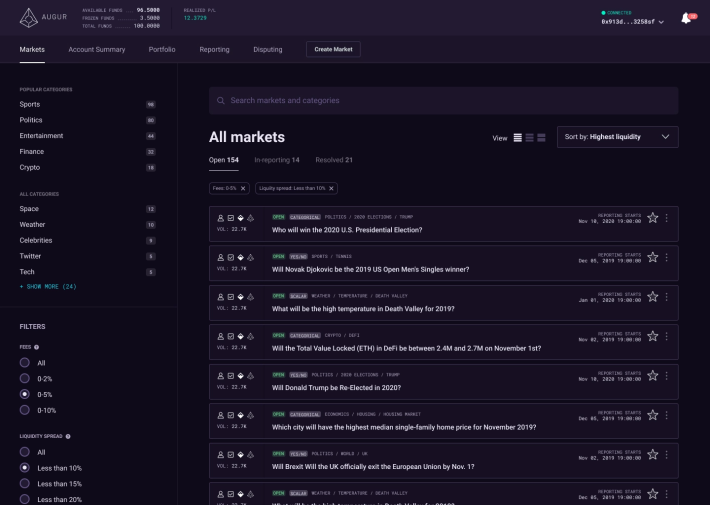 Augur was actually once of the first decentralized applications (dApps) to launch on the Ethereum blockchain! It is a decentralized oracle and prediction market platform, built on top of Ethereum, that allows users to place bets on anything from sporting competitions to economic collapses to natural disasters! It even spurred a little bit of controversy when an assassination market showed up on the platform - YIKES! The platform allows people to bet on the outcome of future events, created by users, in the hope to win a monetary prize if they are correct.

The ICO occurred in 2015 where it raised 19,000 BTC and over 1.1 million ETH equating to around $5 million at the time. It still took another 3 years for Augur to launch on the Ethereum mainnet during July 2018. 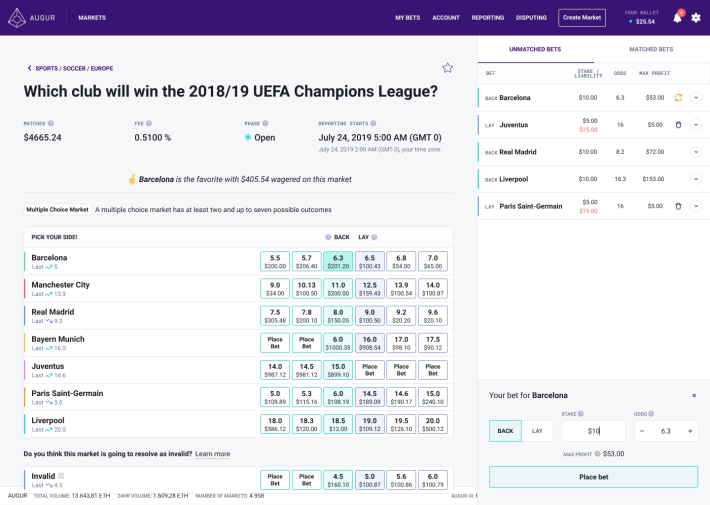 The REP token functions as the utility token for the Augur prediction market. It is used to stake on the smart contracts of the Augur protocol in order to settle disputes that may arise on the platform. Furthermore, when a prediction market is created, or a user participates in the market, they will need to use REP. The utility of REP is forced as passive holders of REP that do not utilize the token to stake on disputes are automatically penalized - creating an environment in which REP tokens are consistently used as a utility.

One great thing about the platform is that it is completely non-custodial. This means that users do not have to make a deposit into a 3rd party wallet in order to use the platform and can directly execute bets from their own personal wallet. This creates an environment where users are confident that their funds cannot be hacked from outside attack vectors as they are completely in charge of their funds at all times. After placing a bet, if you are on the right side of the prediction, the payout will be sent directly to your Ethereum wallet!

Another vital piece of information is that Vitalik Buterin, co-founder of Ethereum, is acting as a consultant for the team. Having Buterin onboard provides a great deal of expertise, experience, and credibility to the project! 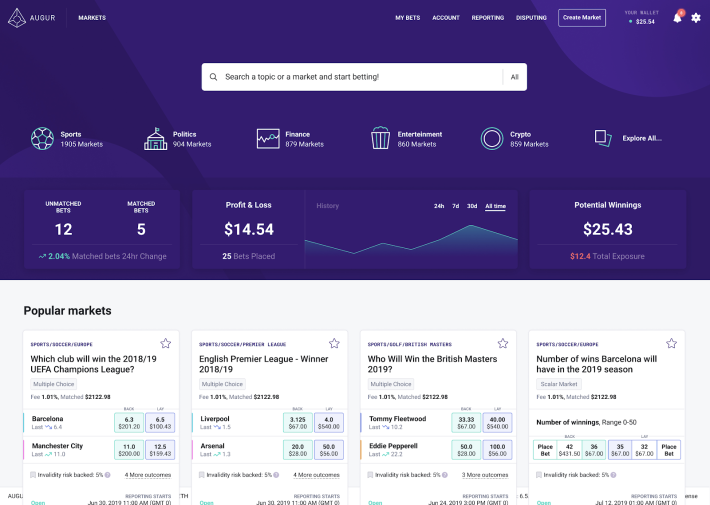 To find out more about the history of Augur, its team, and how the prediction market actually works, take a look at this featured piece!

Augur was actually listed on Nasdaq under the Decentralized Finance Index in September 2019.

Looking ahead to the V2 release and beyond!

Version 2 is expected at some point during Q1 2020 - in fact, it was expected in January but it is unlikely to happen. V2 will bring many improvements to the smart contracts that Augur runs within. Furthermore, it will provide global access for users, improve the bet placing speed, remove all withdrawal fees and lower the trading fees to just 1%.

One of the major integrations in this release will be the addition of the Dai stablecoin into the platform. This will allow users to now place bets on Augur using a stablecoin that is pegged to the US Dollar which will make trading less volatile and much more accessible.

You can take a look at all of the upgrades that v2 will bring to Augur through this blog post from the team.

It won’t stop there! Augur plan to release v3 shortly after releasing v2. V3 will bring an off-chain scaling solution for Augur that will allow the platform to achieve very high throughput with low latency. This release will also have fiat on-ramps to purchase Dai, further increasing the accessibility to use the prediction platform.

Network Growth and Development Activity On The Rise

In the midst of the release of v2, data from Santiment shows that network growth for Augur is on the rise again! Furthermore, the number of daily active users has reached highs not seen for over a year which is a solid sign that the prediction market is starting to pick up traction. 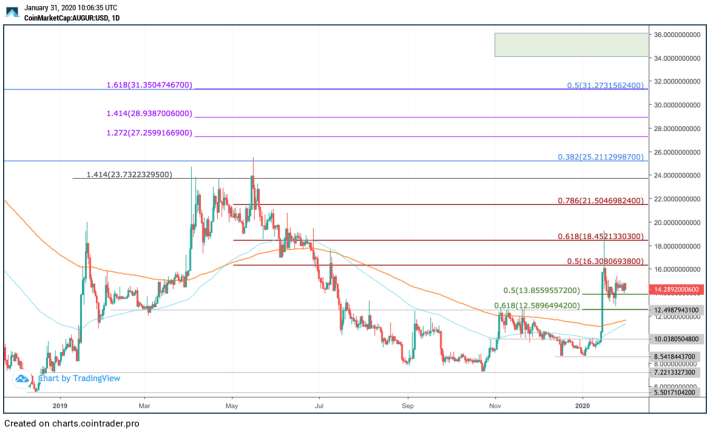 Taking a look at the daily chart above, we can clearly see REP opening and closing at pretty much the same price during 2019. The cryptocurrency did go on a bull run from March through May as it surged higher to reach the resistance at $25.11. This resistance was provided by a very long term bearish .382 Fibonacci Retracement level that is measured from the May 2018 high to the December 2018 low.

After reaching this aforementioned resistance, REP rolled over and went on to create a fresh 2019 low at the $7.22 level during October 2019. It managed to rebound at this level but struggled to overcome resistance at the 200-days EMA at around $12. This resistance caused REP to fall and close the year at the same price it had opened.

As 2020 started, REP started to move pretty aggressively. It boosted itself above the 100-days and 200-days EMA’s in quick succession to meet resistance at $16.30 which is provided by a bearish .5 Fibonacci Retracement level. This short term bearish Fibonacci Retracement is measured from the May 2019 high to the October 2019 low.

REP has since fallen slightly from here but found support at around $13 to rebound to the late-January 2020 trading price of around $14.28.

As of late January 2020, REP is in a short term bullish trading condition after creating a fresh high above the December 2019 high. For this bullish trend to continue, we must see REP breaking above $16.30. On the other hand, if REP was to fall and drop back beneath $10, we could consider the market as becoming bearish.

Where Is The Resistance On The Way Up TO $35?

Before being able to make an attempt at my 2020 target of $35, the bulls will need to overcome the strong resistance at $31.27 which is provided by the long term bearish .5 Fibonacci Retracement and is further bolstered by the 1.618 Fib Extension.

Augur may have witnessed a sideways period of trading during 2019 as the price closed at the same level that it opened, however, the REP token can be expected to surge in 2020. This is due to the fact that Augur has v2 on the way which will see beneficial improvements to the platform as well as introducing the Dai stablecoin into the protocol. Furthermore, the scaling solutions that v3 will provide (also expected at some point in 2020) will further increase the reputation that Augur possesses. 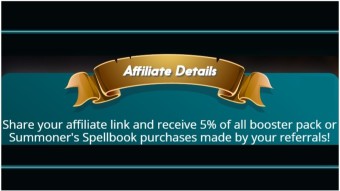 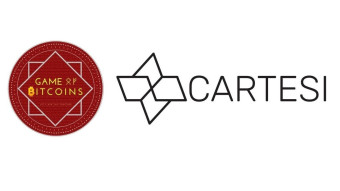