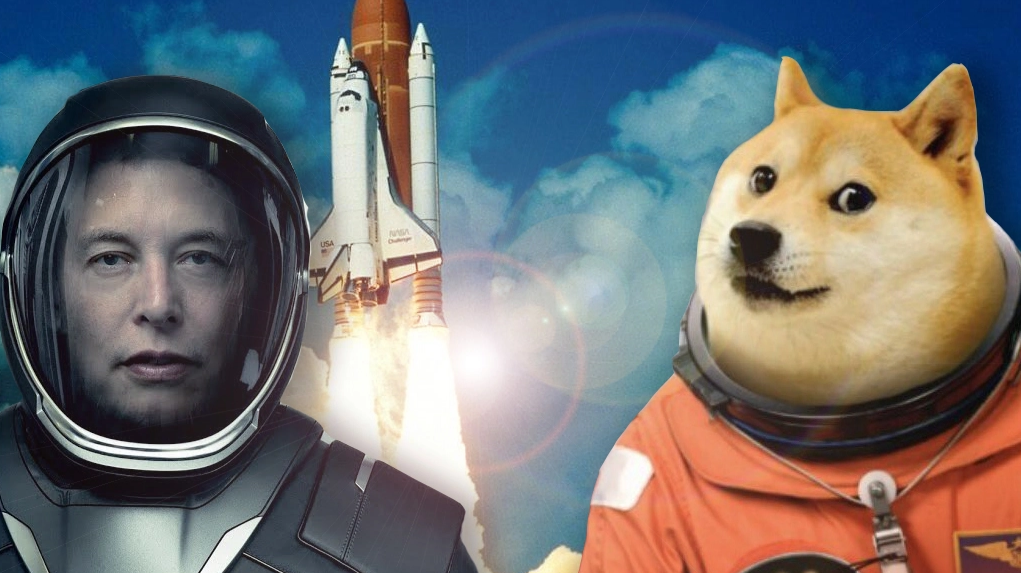 We all know that Elon Musk has supported or tweeted about Dogecoin once in a while and recently he also said he will be accepting it as a payment method for Tesla, not to forget about when he said he will put a "Literal Dogecoin' on the surface of the moon.

After this the price of Dogecoin suddenly hiked towards a new extreme. Looking at this tweet it looks like Elon Musk is going to announce something big about Dogecoin, maybe he will own it ? Who knows.

But the one thing is for sure that On Saturday Night Live, along side Musk, there will be Miley Cyrus as well and they both have a big fan following.

Remember when Elon Musk's one tweet caused the Bitcoin Price to go through the roof? Such similar thing I see happening with Dogecoin right now,

Doge was created as a joke way back in 2013 by its developers, but it has done a fantastic job for surviving for such long. The doge community has tried many times to make it react 1$ price, but in vain.

This is a very big and strong week for Doge as due to Musk's tweet the coin has seen a new life, resurging from 0.27cents to 0.39 cents now. Sources say that Doge could go way ahead its previous high, and long term investment is surely in sight.

So what do you think about the on going situation of Elon Musk's DogeFather SNL 8 May , will you be investing in dogecoin and joining the rally or you'll watch how the situation goes?

Hi, I am a Software Engineer by profession with interest in crypto market.

In this blog we will be discussing about latest news and opinions about crypto currency, its market ups and downs, the big fishes of the market and technology oriented and innovative posts.