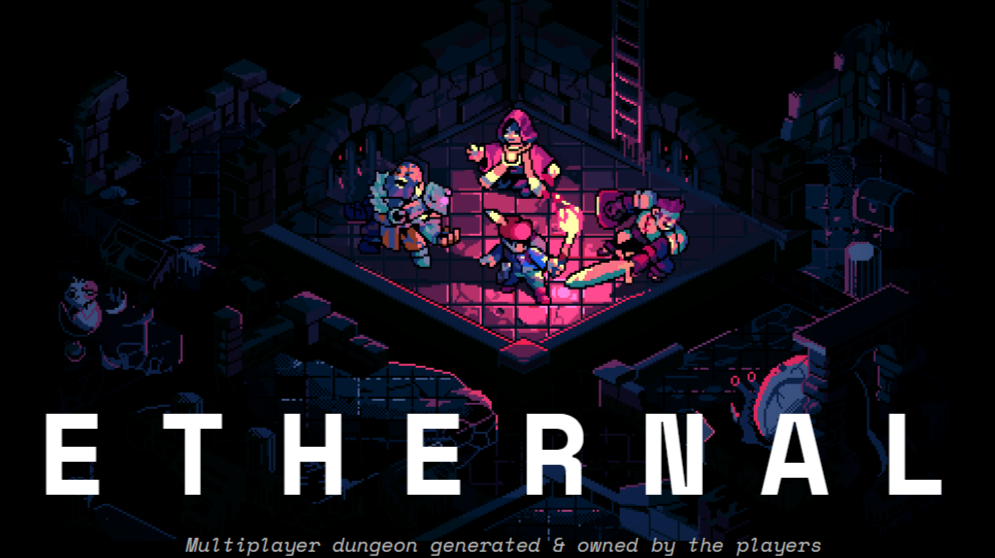 Ethernal is a Multiplayer Roguelike Dungeon Crawler with a blockchain spin.

What I mean by that is Ethernal is a procedurally generated game world built on Ethereum, in layman's terms this multiplayer dungeon crawler is entirely generated from the blockchain.

As you explore and venture further into the dungeon you discover (generate) new rooms. In each of the rooms players create you'll find items, monsters and npcs, the deeper you go the more dangerous the parts of the dungeon become. As with any roguelike dungeon crawler, if you die you will lose everything that you carry on your character and others can scavenge your loot if you can't make it back in time.

With it being a multiplayer blockchain game you can choose to team up with other players to defeat stronger monsters you can't solo, or race against them to be the first to discover new rooms and rare items or monsters. Most importantly you can also freely trade or sell your items and characters on marketplaces like Opensea

Procedural generation has been used in video games for a long time to automatically create large amount of content within game worlds. The method combines 1) assets created by the designer, 2) algorithms (rules for generating the content), 3) computer-generated randomness, and 4) processing power. The blockchain can be used to define the rules for generation (written in the smart contracts), generate randomness (using block hashes), and provide processing power (via nodes on the blockchain).

Starting off in the Ethernal world 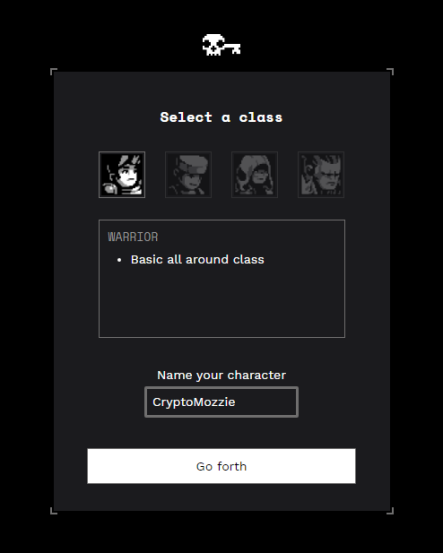 In Ethernal you have the choice between 4 different character types the Warrior, Explorer, Mage and Barbarian. Each with different traits and skills.

After you make your first character it will go through some dialogue to get you into the Ethernal world and set the mood for the game, After that you will find a basic sword and shield and be asked to login to a wallet.

With Ethernal's recent Alpha 2.0 Mumbai Update the game is on the Matic Testnet, as such you will be asked to login or register a Portis account to store your $MATIC and NFT's.

Here is the first view of the Ethernal dungeon world at the coordinates 0,0,0. From there you explore (generate) new rooms, battle monsters, loot rare items and interact with the rest of the players.

If you want to get into the game early and become an Alpha tester, you can reserve your Alpha Key with 2 simple ways,

The developers will usually send out keys every week after they deploy updates. Mine came less than 24 hours after attempting both Twitter & Discord.

If you want to start earning crypto by reading or writing sign up to Publish0x to get started!