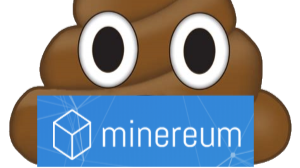 Attack of the Shitcoins II: Minereum Strikes Back

A couple of weeks ago I explained how to hide shitcoins on Etherscan, using their Token Ignore List. One of the "stars" of the article was Minereum, a spam shitcoin I covered in an earlier article.

But spammers are nothing if not innovative.

I checked my address on Etherscan today, and to my surprise, saw 32,000 MNE again, despite the fact that MNE's contract was added to my ignore list. I logged out of the account and checked the tokens list again. This is what I saw: 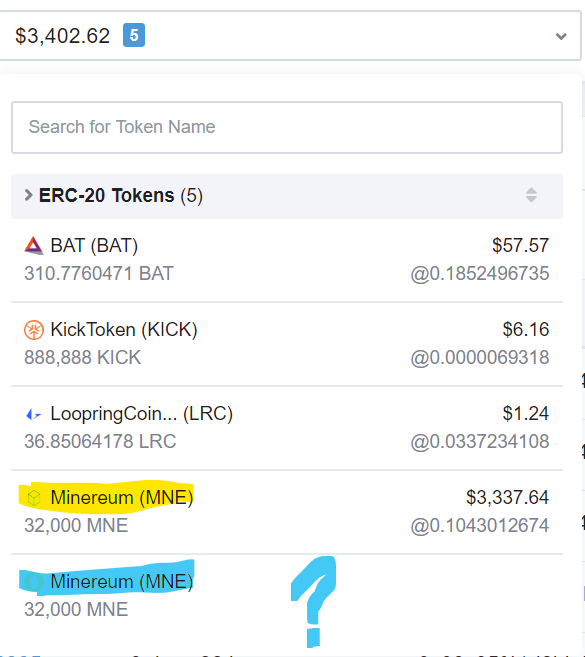 This one was added to my ignore list. I'd also like to highlight that orange section at the bottom and thank Etherscan for warning people that you can't use these tokens without paying an Ether fee (last I checked, around $89). This token is supposed to have an actual USD value, eventhough you can only trade it after paying the ransom, sorry, the fee.

Unlike the first contract address, this one does not have a link to the Minereum site, has no social profiles, and has no warning from Etherscan. Yet the units come up as `MNE` in the tokens list. Is this a case of copycat, trying to show how evil and stupid Minereum is, by polluting the same address with another token?

All you need to do is click both contract addresses to get to their creators. Here's the first contract's creator:

And here's the creator of the second:

You can see that not only is it the same address, but the person listed the token tracker for the second contract as "Minereum (MNE)" - hence the fact that the tokens dropdown listed that second contract's units as MNE. 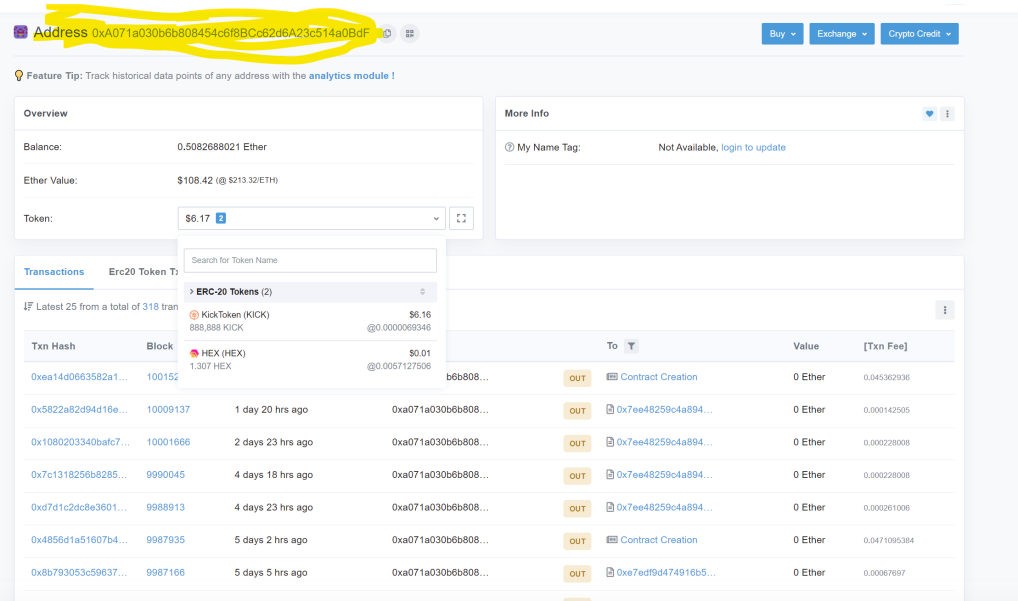 This is the address of the spammer. All I can recommend is that you send this address some shitcoins of your own (they're free to make - but you do need to pay fees for the contracts and for sending coins - so it's not an entirely free approach).

But I would ask Etherscan for another feature request: allow us to block spam/shitcoins by the address that created their contracts. Of course, addresses are free, and the spammer can always create another one. But why make their life easy?

If you are the owner of this address, or know who is, or if you have any other ideas on how fight shitcoins in general, and Minereum in particular - please leave a comment.