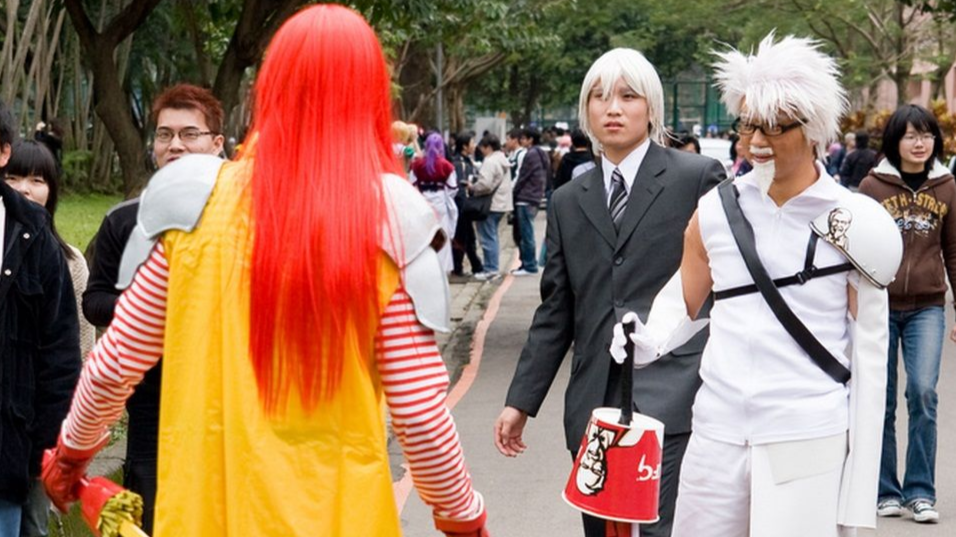 Journey Into the Apocalypse Chapter I: Hysteria

I woke up yesterday, ready for the pending doom predicted by many people on the chain. I heard wailing, screaming, and gnashing of teeth. Well, only certain parts of the dystopia we call Steem. Took me a while to find a picture of Raul Julia as M. Bison to make a meme

On the Trending Square, I saw the crowd ready to lynch some hapless writer. In fact, I have never seen the guy before. I suspected them to be someone's body double.

Then, boom, off went their head, after some hours. That could be the worst execution I have ever seen. But, they did it. They actually did it. When was the last time hustlers received speedy justice from the mob crowd? Too often they create disproportional hype. Their actions tend to devalue everything else going on in the marketplace. Only the massive whales manage to inflict such damage with their daily routines.

Will #NewSteem ever drag them, along with the myriads of shady orcas, out on the Square to display? Time will tell. Some say, this would only last for a short time before the final decay.

Carrying on my trek through the city, I saw another gathering. At the center was some lady who loved to boast about her progress and volunteerism. Noble, but whatever she brought with her was a bit less stellar. Many people did not think it belonged on Trending Square. Instead of receiving a swift execution, they kicked her around and called it a day.

Looking back, I seldom visited these parts of town. I have never seen half of the people I saw. All of the sudden, everyone decided to rise up and put a stop to the clown fiesta that we have read in the news so often about. Even prominent leaders of the community started rallying people to defend their homes and properties.

Of course, the enthusiasm to take out junk also has unintended consequences. The crowd tried to mob some jolly pirate, who actually has been an honorable citizen. Well, they couldn't take him down, and you could tell he was not amused despite only suffering a flesh wound.

Seeing things are starting to get out of hand, I decided to head back home. On the way, some strange Hawaiian farmer jumped out of the bushes and started striking me. I couldn't tell if he used pineapples or house cacti. He didn't speak. At least, he didn't speak on the same wavelength. It was hard to tell what was going on. It's as if he lives on a different plane, phasing in and out. I went back home and sat down, thinking about what had happened. The lobby seemed to be full of life today. So many people showed up for whatever reason. Was it hope that I sensed? Or was it delusion of everything will be better?

Before I could close my eyes, I heard more commotions. It turned out another apocalyptic event was going to take place in the morning. I sighed and decided to call it a night.

I got up and I tuned in to the radio. I chuckled as the Clown
played an ad about PAL.net using V2K technology. Anyways, I listened to the show and later went to rest. I suspected the recordings would come out in a few days.

As traumatic as things were for some, I could only imagine how things would progress over time.

Will this dystopia be saved? Find out next time on Journey Into the Apocalypse.