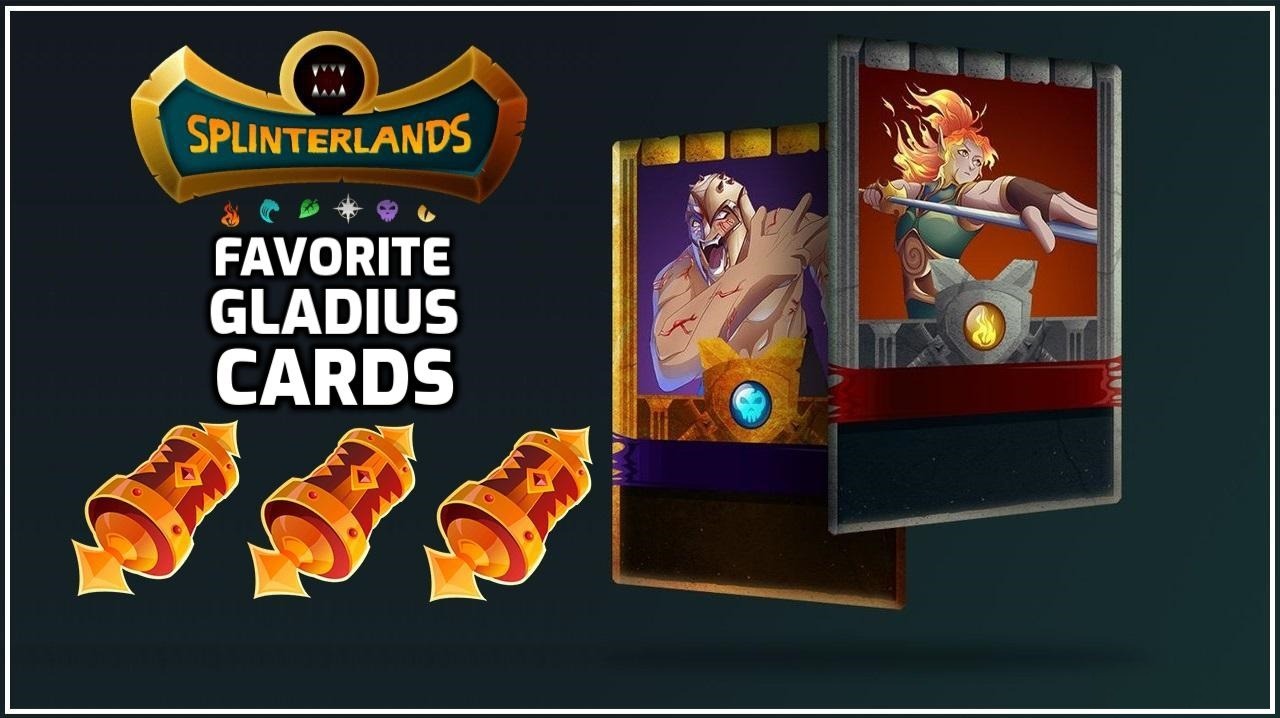 Gladius Cards in Splinterlands can only be played in the Brawls and are made really powerful deliberately. These are my favorites that I try to use the most...

These cards are another 'Pay2Win' feature of the game where Guilds that burn more DEC into buildings are able to earn more merits allowing players to get more Gladius Packs getting a direct advantage over players that don't own these cars. They however can't be sold or rented which quite reduces the ability for players to directly pay to get an advantage. While I generally hate the Pay2Win aspect of the game, in the brawls they actually bother me the least and the cards themselves are quite fun to play thanks to the Bloodlust Ability.

Since these cards are deliberately overpowered, they are always the first I look at when making a line-up for the brawl fights. This doesn't mean I will force them onto rules if they are not optimal though especially in the case where gladius card levels are way below other cards. The general rule I have to mainly play cards that have the best chance to kill monsters of the opponent while having a good chance to survive often by a combination of having them placed in the middle with higher Speed. Being able to trigger the bloodlust ability pretty much wins you matches in the brawls.

These are in no particular order as it all depends on the individual game rules.

This one tends to be really powerful for low mana matches. Being able to play 2 sneak attack cards for 4 mana which both get a +1 Melee damage from the summoner (and possibly +1 health also in slightly higher mana battles) is massive. Even at level 1 the Orella Abadon is quite powerful while at level 3 it has 1 extra health and Attack. Placing it in place 4 or 5 gives it a really good chance to trigger the bloodlust ability quite often and it also can attack in case it gets to the 1st place.

I love these cards which can be played with different classes and also combined with the Daria Dragonscale +1 Melee Damage Summoner as they have high speed and they are almost sure to trigger the bloodlust at least once especially if the opponent doesn't have armor on all monsters. This instantly increases the speed by +1 making it harder to hit and these monsters also can still attack from the 1st position. Especially for low-medium Mana cap battles, these cards are winning matches.

I love playing these cards in high-mana battles as they have enough damage to kill the first place tank of the opponent and they can act themselves as a secondary tank once your original is dead. Just based on the stats and the high speed, the Life Marisol Contuma is the best but it also is an epic card. 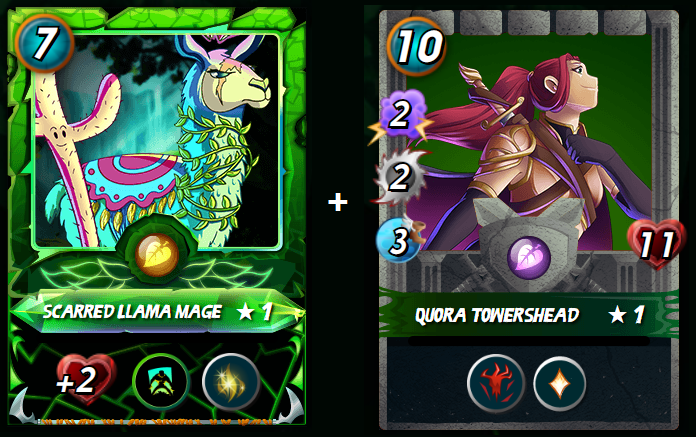 I personally don't own a Scarred Lama Mage in My Collection but the rich players that do can play it combined with Quora Towershead which makes for an overpowered combo. The double attack + increasing stats and self-heal ability just makes it really hard to kill especially because of the +2 Health and Last Stand it gets from the Summoner.

At least for me, The ability for Gladius cards to kill opponents triggering the Bloodlust ability while having really good survivability thanks to positioning and speed is what I mainly look at when using Gladius cards. While the other cards can also be useful, especially under the right game rules, they tend to have less chance to trigger bloodlust while also surviving which makes me use those a lot less.