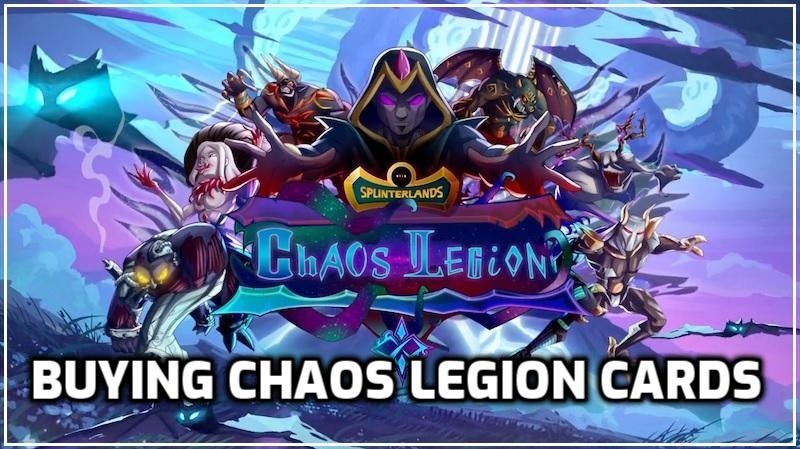 With the Modern Format that will be introduced in Splinterlands, I started building my collection toward it accumulating cards on the market after buying an initial 355 Packs of cards. This is a report on the progress I'm making...

I will be aiming to get all Base Chaos Legion Summoners up to level 5 meaning I will need 40 of each. I'm currently in the process of cost-averaging my way into them buying a couple each time they are 'cheap' on the market. I won't be leveling them up just yet kind of leaving me an exit if it turns out that the legendary summoners are too ridiculously overpowered killing the fun in the game even more. 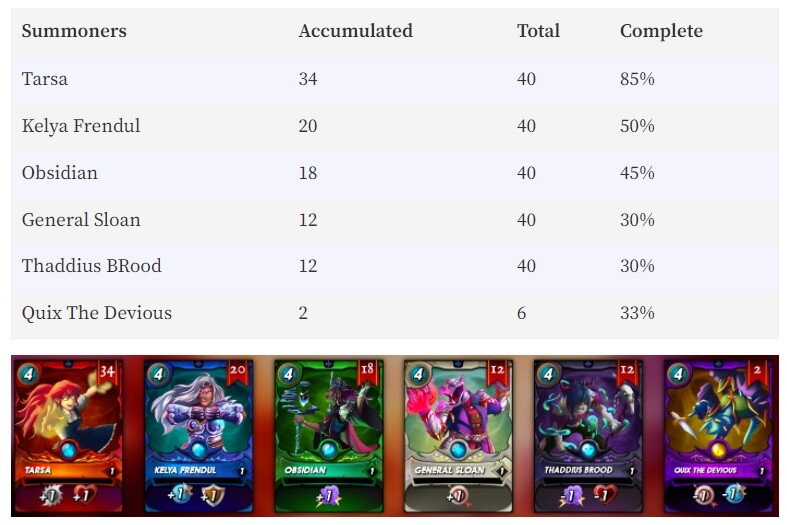 I also started to level up some of the new cards with an eye to making my regular deck stronger.

The Deeplurker was featured in the Battle Challenge last week (Link) which made me appreciate it to the points that I increased my total to 100 combining them to a level 5.

I also very much like the Celestial Harpy for my current deck as it works well with the Dragon Daria Dragonscale Summoner or the Tyrus Paladium which gives it +1 armor.

I've also been buying some single cards without leveling them up yet with an eye to have the option to do so later on. I also did this with the Qid Yuss / Lorna Shine / Owster Rotwell in the past but now since they are worth so much more as singles I kind of do not want to destroy the value by getting them to a higher level.

I got my number of Lira The Dark cards to 6 for a level 3 and paid around 6$ for each of the cards I needed extra. I really like the very high speel combined with the opportunity ability and 3 melee damage on this card.

I also like the Chaos Dragon as another high mana Fly monster with excellent Blast / ScatterShot / Blind Combination on level 3 and I'll be looking to get a couple more going forward.