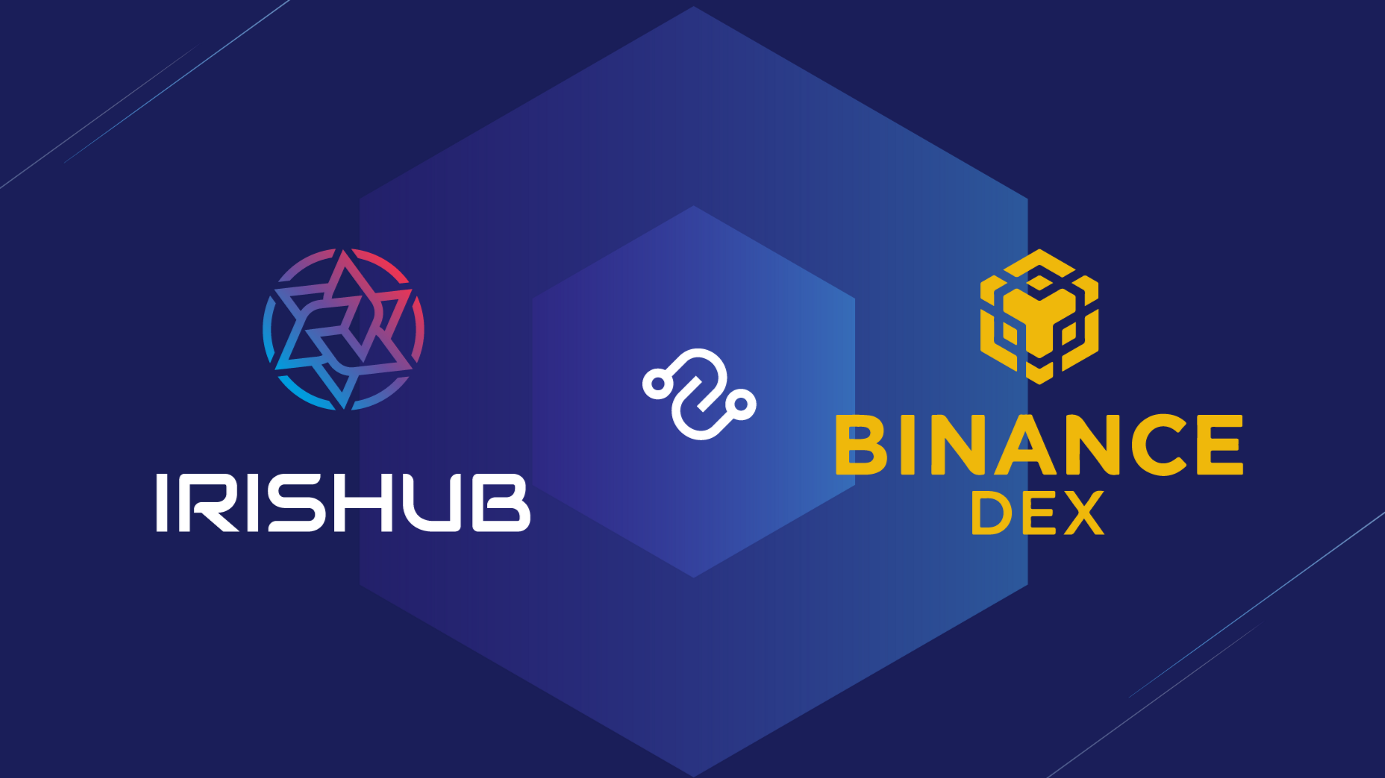 Why are We Connecting IRIS Hub with Binance DEX?

The connection between IRIS Hub and DEX is an important milestone in the development of the internet of blockchains. In this article, we will talk about what services users can enjoy after IRIS Hub is connected with DEX, technical development path and significance of the gateway, especially how IRIS Hub will power DEX after IBC protocol is enabled in the future. 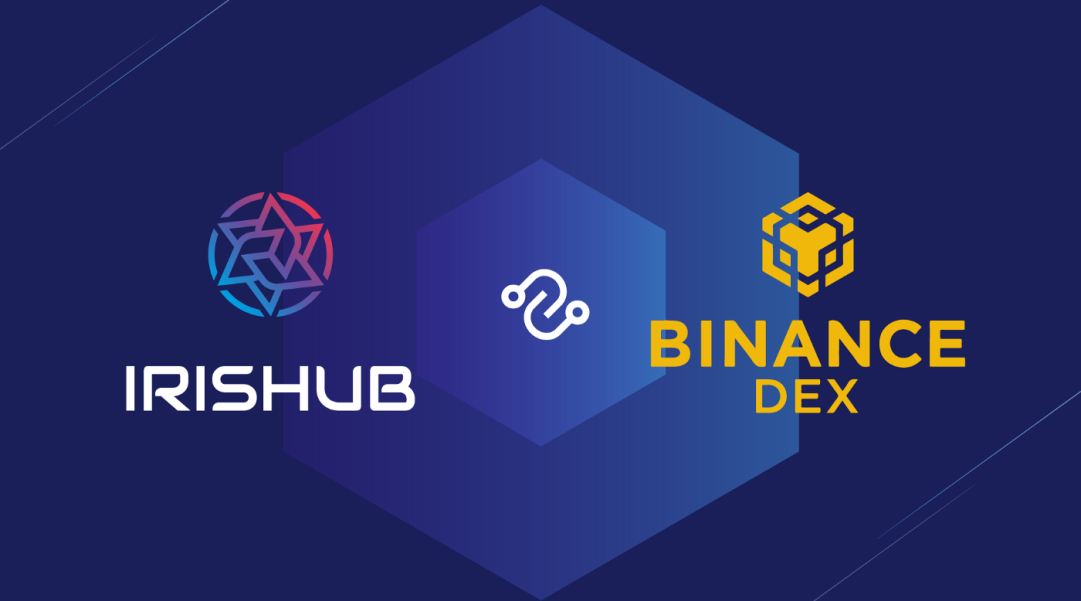 IRIS Hub has surpassed many exciting milestones in the summer. With the release of our recent mainnet, v.0.15 has enabled support for multi-asset management and DeFi application development, marking this release as the most important milestone to date for IRISnet.

Along with this release, we are very pleased to announce that IRIS Hub has also completed a gateway development connecting Binance Chain. With our latest version of the Rainbow wallet supporting this new gateway, Rainbow will provide a user-friendly interface for the two-way transfer between IRIS Hub and Binance Chain.

IRIS Hub and Binance Chain are both built on Cosmos SDK, the former being a interchain service hub and the latter, a decentralized exchange (DEX). Decentralized exchanges play a very important role in interchain ecosystems. The gateway being launched is the first step for IRIS Hub to support Binance’s DEX before Inter-Blockchain Communication (IBC) is ready. IBC or Inter-Blockchain Communication is one of the most important and anticipated innovations that the Cosmos development team contributes to our industry. We plan to gradually morph the gateway to support IBC protocol for more decentralized implementation.

The connection between IRIS Hub and Binance Chain is an important milestone in the development of the internet of blockchains. In this article, we will talk about what services users can enjoy after IRIS Hub is connected with Binance Chain, technical development path and significance of the gateway, especially how IRIS Hub will power DEX after IBC protocol is enabled in the future.

1.The Importance of Decentralized Exchanges (DEX)

However, before IBC was proposed, it has been difficult in the past to have a general solution for trading various on-chain assets between multiple blockchains according to the open market price (i.e. a certain exchange ratio). This led to the adoption of centralized exchange custody to mainstream audiences.

For example, the security risk of centralized exchanges is always a sword of Damocles hanging overhead, where loss is inevitable. The most well-known incident is the loss of assets in Mt.Gox in 2013, which led to its collapse and it still impacts the industry today.

Within exchanges, especially centralized entities it is not irrational to assume hacks and losses are inevitable, but it’s up for question as to when and how severe the accident will impact the market and the exchange’s userbase.

Due to the features of blockchain technology, transaction records and even order books can be accurately recorded on-chain and transparently displayed to all users of the blockchain. It is an excellent way for exchanges to prove themselves innocent or accept audits.

Currently, there are two ways to implement DEX: on-chain DApp or application-specific blockchain.

On-chain DApps are usually developed with the help of smart contracts. In this way, DEX can be rapidly developed and operated leveraging the ecosystem of existing public blockchains such as Ethereum, EOS, etc. Many well-known DEXes have adopted this method.

However, trading performance is also greatly constrained by the performance of the respected blockchain itself, and asset types are generally centered around the assets on this specific chain. Although there are solutions, such as off-chain scalability with Layer 2 or asset custody to bypass problems such as performance and asset types. It also increases the complexity of a solution and raised the difficulty of adoption.

These days, more and more DEX-specific blockchains are being developed with customized design and optimization for DEX use cases, which can improve the user experience a lot. But the difficulty lies in how trading assets are generated.

In the past, assets were transferred from other chains through, e.g a gateway or an escrow account and then being issued with corresponding “shadow” assets on the DEX; or being directly issued on the DEX chain with a uniform format.

For example, Binance DEX encourages projects directly issue their tokens on its Binance Chain and has published the asset standards of BEP2. However, if the assets to be traded are not BEP2 assets on Binance Chain, then a conversion tool needs to be developed for existing assets to swap or migrate to Binance Chain. Often this conversion is one-way, meaning assets can only be transferred from the original blockchain to Binance Chain or ERC20 assets to BEP2. This makes it difficult to achieve real-time and effective interoperability of assets.

3. How can IRISHub Power DEX?

As explained earlier, the current asset varieties and decentralization degree of DEX are still quite challenged. Interchain technology is a good way to address those difficulties.

Focusing on interoperability, from the very beginning, Cosmos has included DEX as an important use case for IBC in its whitepaper. IRISnet also has been collaborating with GDEX, a well-known gateway and exchange project on BitShares. BTC，ETH，USDT and bitCNY will be introduced into IRIS Hub through GDEX gateway.

IRIS Hub also supports the issuance of native assets. For example, Axonomy, a DeFi application, will issue AXON and related wealth management products on IRIS Hub. After the implementation of the IBC protocol, assets supported by IRIS Hub can be circulated throughout the whole interchain ecosystem.

With a two-way gateway connecting IRIS Hub and Biannce Dex being released and a new version of Rainbow wallet that supports deposit and withdrawal for Binance Chain being ready, we’re excited to release our proposal for a listing of IRIS on Binance’s DEX. Those steps are a continuation of the integration of interchain and DEX and an important development milestone for IRISnet project:

We are planning for two stages when it comes to the implementation of connecting IRIS Hub with Binance Chain:

We will realize the two-way interoperability of assets via a gateway, which is a parallel alternative before the IBC protocol is enabled. The gateway can be used for two-way transfer of assets on DEX.

In addition, IRIS Hub v0.15, which has been live since the end of August, supports the issuance and management of multiple on-chain assets. In the future, assets on both chains can be connected to each other through the gateway：

According to the plan, the testnet for IBC will be ready in early October. The code will be finalized in November, with auditing, testing and final launching following. The first IBC interchain validation will be carried out between IRIS Hub and Cosmos Hub. 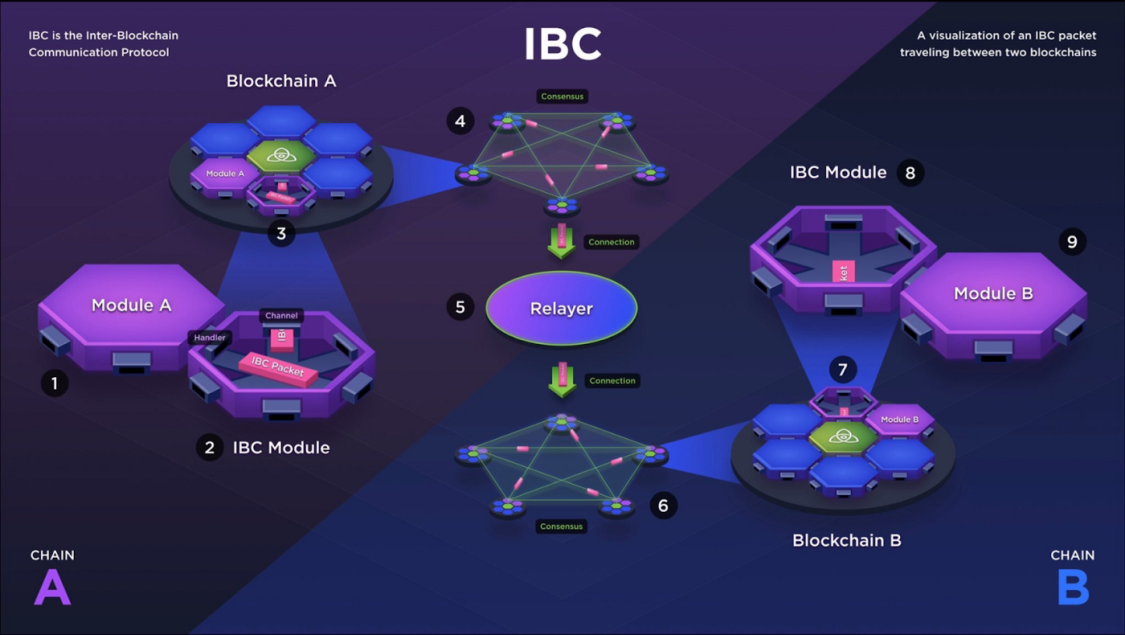 After validation, IRISHub’s connection to the Binance Chain will also be upgraded to adopt an IBC protocol for asset interoperability. IRIS Hub will take a role equivalent to providing a distributed asset custody service for DEX’s application-specific chain.

IBC protocol will enable DEX to run faster, trade broader and be safer for ideal asset matching and liquidation between multi-chain assets:

In addition, DEX joined the interchain ecosystem as an application-specific blockchain. Other than transactions, the assets on it can also participate in DeFi applications supported by IRIS Hub. Via connections to IRIS Hub, DEX users will be able to enjoy more distributed financial services in addition to trading.

The Cosmos Network is a decentralized network of independent, scalable, and interoperable blockchains, creating the foundation for a new token economy.