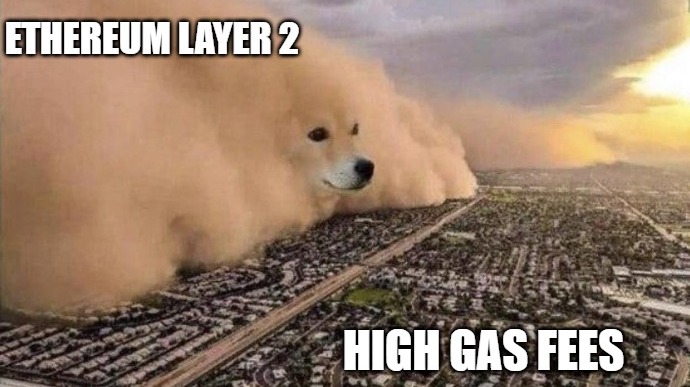 2021 Will Be The Year of Ethereum Scaling Boom

I wholeheartedly believe that 2021 will be the year that Ethereum layer-2 (L2) and/or other scaling solutions really start to boom.

It's not just a feeling or hunch that I have. All of my research, connections, analysis, and in-depth knowledge for this space have pointed towards a massive Ethereum scaling boom in 2021.

I’m not even kidding. The scaling solutions going live in 2021 will literally blow your socks off.

Now you’re probably thinking… so what? What does that have to do with a scaling solution boom?

Well, it's about how the boom started:

The DeFi liquidity mining boom kicked off with Synthetix (SNX) in 2019, but only really flourished and boomed almost 1 year later in 2020.

The same will be said for the scaling Ethereum boom, as in 2020, the following layer-2 scaling solutions went live on mainnet:

Just as Synthetix kicked off the liquidity mining boom in 2019, I suspect these layer-2 scaling solutions that went live in 2020 will kick off the scaling Ethereum boom in 2021.

In fact, I think it's already happening. New L2 scaling projects are launching in early 2021, and there’s also a flurry of development and adoption surrounding existing L2 solutions.

That said, you best get ready.

The stage is set. The fuse has been lit. Now let the show begin!

The Ethereum network is beginning to get clogged up as interest and usage of the network increases. As seen in the screenshot above, ETH gas costs reached an average of 261 gwei on Jan 4 with some transactions spiking to 1000 gwei.

With these increasing gas costs, transactions with low gas fees get pushed to the bottom of the mempool, causing these transactions to take many hours and sometimes even days to confirm.

This network congestion is far from ideal for Ethereum when it’s supposed to be a fast and scalable blockchain network that powers Decentralized Finance (DeFi), Decentralized Applications (dapps), and the Decentralized Web (Web3).

In fact, Ethereum’s network congestion is so bad right now that it’s beginning to detract people from even using it. Larry Cermak from The Block expressed these concerns in a tweet thread:

As seen from the tweets above, the time to scale Ethereum is now.

The interest and usage of Ethereum are accelerating very quickly. Google search volume for Ethereum is at its highest levels since Jan 2018 and this interest is reflected in Ethereum’s network congestion:

The way it does this is through the already live layer-2 scaling solutions described in the following sections below:

The OMG Network was established in 2017 under the brand name OmiseGO and later rebranded to OMG Network as a subsidiary of SYNQA.

The mission of OMG Network is to enable fast and secure value transfer for the world through its layer-2 scaling solution, More Viable Plasma (MoreVP) – a specification to increase the processing capacity of Ethereum.

OMG Network deployed its MoreVP Ethereum scaling solution to mainnet on June 1, 2020. The solution reduces Ethereum gas costs by up to 66% while scaling Ethereum to thousands of transactions per second (TPS).

“MoreVP trustlessly scales Ether and ERC-20 transactions by grouping them together and sending them through a set of Ethereum smart contracts. These grouped transactions are then verified and validated by a decentralized network of watchers.”

Through this process, OMG Network’s MoreVP enables a high throughput of thousands of TPS at 1/3rd the transaction cost, with Ethereum-level security.

USDT holders can now transact on the OMG Network and benefit from improved transaction speeds and reduced gas costs without compromising on-chain security. Bitfinex became the first exchange to accept USDT deposits and withdrawals over the OMG Network and more exchanges will soon follow.

Paolo Ardoino, CTO at Tether had this to say on the development:

“By migrating USDT value transfers to the OMG Network we save costs, drive performance improvements and relieve pressure on the root chain network. This is good for Bitfinex and our customers, and the whole Ethereum ecosystem.”

The launch of Loopring 3.0 and subsequent versions of the protocol and Loopring DEXes marked the first implementation of Ethereum’s most important layer-2 scaling solution, zkRollups.

Loopring’s zkRollups is a “layer 2” scaling solution that increases the number of transactions per second/throughput of the Ethereum blockchain network while reducing network fees.

It’s the preferred scaling solution by Vitalik Buterin and can boost Ethereum’s current transactions per second from ~15 to ~2000, with the ability to boost TPS past 100k if implemented in tandem with Sharding, which is coming with ETH 2.0.

Vitalik confirmed this himself in response to a tweet asking if this was possible:

Loopring’s zkRollup DEX protocol has been live since 2019, enabling anyone to build scalable DEXes with Loopring.

As the year went on, Loopring launched multiple other services on its L2 scaling protocol including Loopring Pay in June 2020, Loopring Wallet in November 2020, and Loopring’s zkRollup AMM in December 2020.

Needless to say, Loopring had a stellar 2020 and has set itself up well for an explosive 2021. 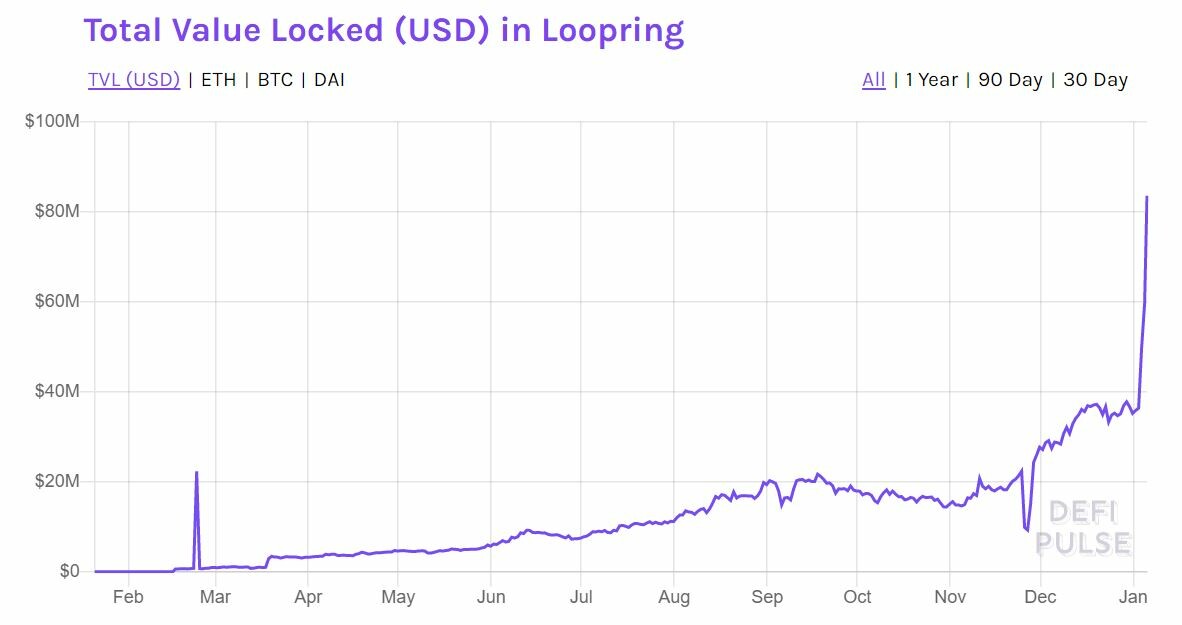 As seen in the chart above, the total USD value locked in Loopring’s zkRollup protocol has experienced steady growth throughout 2020 and absolutely skyrocketed in January 2021.

For those of you who follow my work closely, we knew this day was coming and we know what’s coming in 2021 – a massive migration to Layer-2 scaling solutions like Loopring’s zkRollups.

For instance, Loopring’s zkRollup AMM not only has favorable gas fees (actually none), but also lower fees for swaps; 0.25% vs Uniswap’s 0.3%. These low fees attract more users upon which liquidity providers (LPs) will be willing to capitalize on, and their operational costs are also lower than on Uniswap.

Therefore, we will see a massive influx of new users migrating to better, faster, and cheaper AMM solutions like Loopring’s zkRollup AMM and we are actually starting to see this now, as seen with January’s massive spike in liquidity. 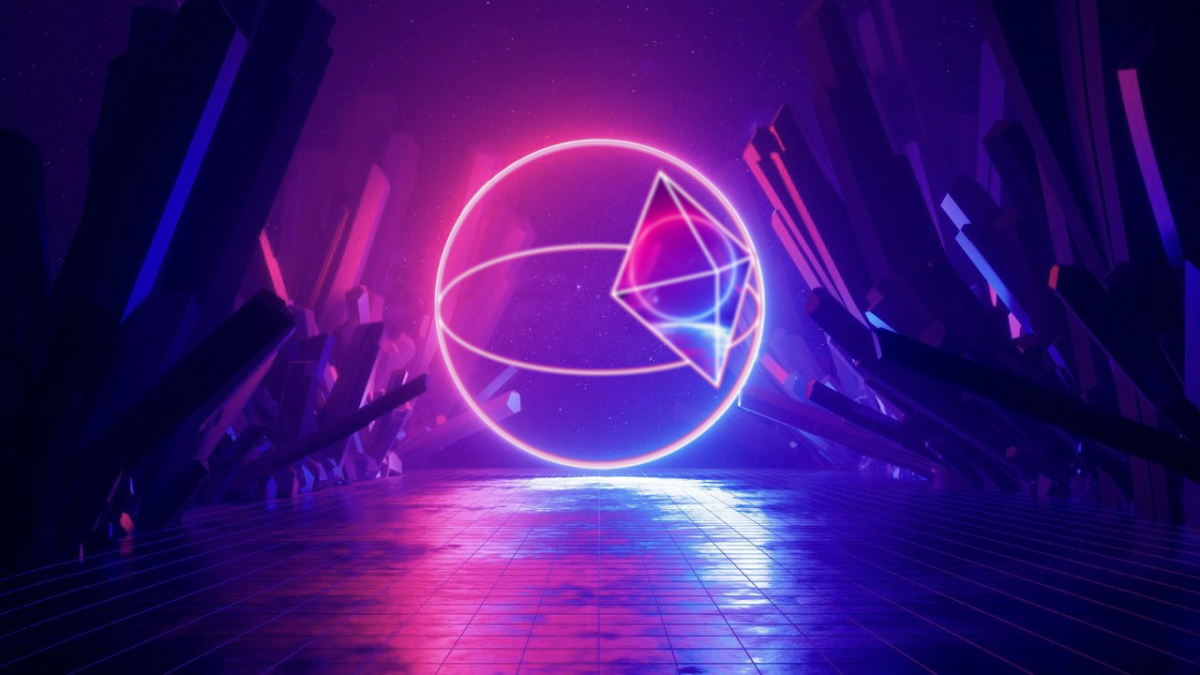 Optimism, formerly known as Plasma Group, is a Public Benefit Corporation dedicated to scaling Ethereum. Optimism was officially announced in January 2020 and has since accomplished quite a lot:

The technology Optimism has been vigorously testing over the past year is a layer-2 scaling solution called Optimistic Rollup – a solution that scales smart contracts, computation, and throughput on Ethereum to enable instant transactions.

Optimism’s scaling solution has been live on the Optimistic Ethereum testnet for the greater part of a year and is getting ready for the Ethereum mainnet.

Optimism’s Optimistic Rollup solution is still in its testnet phase but is now preparing to launch on the Ethereum mainnet in 2021.

Companies and projects involved with Optimism’s testnet phase include:

Coinbase - the widely popular cryptocurrency exchange has integrated its Coinbase Wallet with Optimism’s Optimistic Rollup testnet. The integration allows users to view their balances and send transactions on Optimism’s testnet.

Synthetix - the popular digital asset derivatives liquidity protocol will be integrated with Optimism’s scaling solution in a preliminary mainnet trial run. In doing this, the Synthetix team and community are helping to pioneer the new frontier of L2 with a full mainnet experience with Synthetix.

Uniswap - the popular AMM protocol collaborated with Optimism to create a proof of concept, UniPig, a gamified demo for Optimistic Rollup integrated into many components custom-built for Uniswap’s contracts in L2.

Layer 2 Solutions Will Blossom in 2021

It's already here! But again, barely anyone is paying attention… that's changing though.

Layer 2 scaling solutions will blossom in 2021. Mark my words.