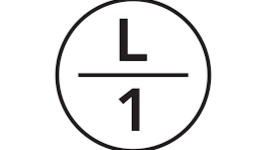 Texas Company Paid to Mine Bitcoin?!

While I was surfing the web today catching up on the news the last few days Google News had an interesting article I could not help but click on due to the outrageous nature of it (here). I had previously talked about Layer1 as an emergency energy solution for places like California here.  When I read through the article it made complete sense to me what they are able to do.

Layer1 mines Bitcoin but its rigs have patented large scale energy systems that allow the rigs to in part function as batteries. If needed this energy can be released back into the grid. This is where Layer1 is able to make as much if not more than mining bitcoin. Being a Native Texan it gets crazy hot and seeing days where the temperature gets to 105-110 degrees is not unheard of. However, this heat does come with the benefit of the winds produced due to the atmospheric methods due to the constant winds that turbines need. Wind farms in this area of the state are able to produce 15% of the state's energy needs. Being able to tap into this renewable energy gives the mining a much cleaner way of being produced over coal or other fossil fuels while moving more hash rate back to the US.

While some people may be outraged that Layer1 is able to resell power back to the grid at astronomical sums there is a caveat that I doubt people are aware of. These companies like Layer1 purchase bulk energy for a set period of time and these sales allow companies to build the wind farms in the first place. The ability of the company to utilize its rigs in this manner allows for a much wider scale adaption of this technology. If Layer1 is able to consistently utilize both mining and the battery aspect of its rigs the company should be able to move forward with building out more locations. This can then allow them to become bulk purchases in these locations to further the development of renewable energy usage.

A lot has to go right with this and Layer1 themselves cannot be super greedy with the price they resell the energy they have already bought and have stored at their farms. This though shows in a real-world setting that bitcoin mining used in this way could help alleviate issues with the grid that are present across the US. During peak usage hours it is even possible that in the future prices could spike much much less so instead of the 700% markups 200-300% could be the range. This is huge for having a much much more stable grid and preventing issues like blackouts and brownouts in the United States.