Yesterday news broke about LooksRare's team "cashing out" however that term does not really fit what has occurred. The LooksRare team has admitted to trading LOOKS tokens for 10,500 WETH which is worth roughly $30 million worth. There are a couple of ways to look at this development and in an effort to try and stay unbiased I will look at it from both the developer's side and the side of the community/users of LooksRare to see if it is as bad as some have made it out to seem.

While the outcry has been swift and loud one member of the core team has spoken out about why this transaction took place and the reasoning behind it. The NFT platform was constructed in secrete and was only known once it launched its vampire attack on OpenSeas. WIth how well the platform has held up with its extremely unique token $LOOKS I feel it is pretty safe to say that it was a very well-planned out, built, and executed plan. Given the number of new features that are not available on other marketplaces, accepting both ETH and WETH, as well as hosting staking/LP pools the site had a ton of firsts. None of these have been exploited except for the wash sales issue but even then the impact was one that was quickly going to go away.

Building something that is this well put together and user-friendly takes a ton of time. Zodd, a core member, has stated that the core team of 10 worked on the platform for 6 months without getting paid and the team itself fronted the upfront cost of launch which he said was 7 figures. Just looking at staffing itself 10 people cutting $30 million is $3 million apiece but that is without factoring in any cost at all of setting up the site, launching the contracts, minting the tokens, etc. That $30 million in WETH that the team claimed likely was much much lower due to the crazy high Ethereum fees we have all dealt with over the last year or so. Another big thing that is likely to have happened is that some team members came on for critical aspects of the creation of the marketplace and then left adding to further people that were owed money. As you can see this is really quickly starting to add up overall as transactions, infrastructure for the site, and the team building the site are all pretty expensive to have.

Eventually, people are going to need money or at least crypto to be paid back for what was spent and to further bring about new features. If all you do is work and never see a reward well you are not going to want to work there for very long before you leave. For these reasons I can see why especially with the launch has been successful and LooksRare continuing to be a viable platform, people use that the team would want to at least pay back some of what they owed.

The community has a huge reason for their outcry though and one that really has not been addressed. Transparency and lack of communication. While I do not think any member of the community would be against these developers getting paid I do think it would have been nice to know about the pending transaction before it took place. This would have given the market and users time to digest this information rather than spring it upon them. It would not have been a crazy stretch of the imagination for someone to panic and think this was a rug pull as we have seen hundreds of them before.

The way in which the issue was addressed personally left a lot to be desired. It was not addressed or even hinted at on the marketplace's Twitter to find it being addressed I had to go through who they followed to find Zodd and what he stated. I look at this from the standpoint if you don't have anything to hide then make your response easy to access however they did not. Like I said it is just a shifty kind of thing to do. Also while I know TornadoCash is an above-board protocol because of the negative news coverage about it for those who do not really know it sounds even more scammy. This then hurts the price of LOOKS for everyone involved!

There is no winner or loser here at all overall. Yes, it looks bad, however, the team is paying roughly $2.4 million to allow people to list their NFTs for free the next few days. The team though is still continuing to provide updates and emissions to people though showing it is no rug pull. They have been active on Twitter and Discord so you can find them and ask questions if you need to and the site is still up and running just fine. Also, it was in the documents that they had posted on day 1 that the team had LOOKS and they were allowed to cash them in when they wanted.

This is why I really say there are no winners or losers this reminds me of when OpenSeas had their employee who was really insider NFT trading months ago. It looked bad at the time but everything recovered and moved forward. I feel the same thing will happen here. It doesn't look the greatest right now but what is done is done now is the time to move forward. This is the crypto space after all and really some things still need to be shaken out for the future mass adoption of the space. I do not think this will be the last time we hear about something like this what is important is how the project and community react. That reaction will show what is to become of this as even though it was a sizeable amount of activity is still flowing on the site and the comments about it have fallen to the wayside.

Currently, Robinhood is offering an amazing deal where you can choose 3 different companies you want fractional shares of when you sign up using the link here and connect your bank account! You also are added to the crypto wallet waitlist and like always both stock and crypto trading is commission-free! 🤝

If you are like me and walk to work every day this app rewards your walking with Sats! So far I have earned over 4,000 sats in just a couple of months walking to work! Here is my link! 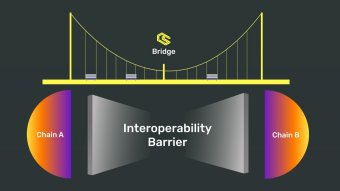