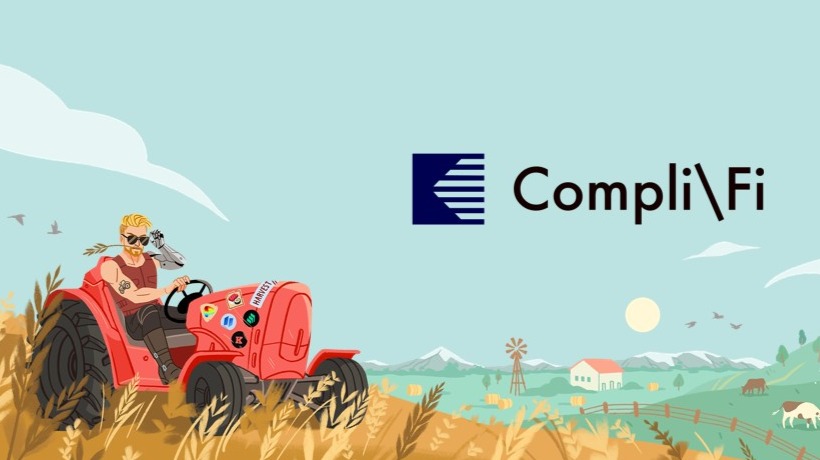 Yesterday on the Ethereum side of Harvest a new farm was launched. This farm is the first of its kind on Harvest Finance and is derivatives farming via the CompliFi Protocol. To begin in this farm like all farms on Harvest you hope on over to Uniswap and deposit COMFI and ETH to get the LP token. The yield on this farm is booming right now with it being a new edition and it does not even have either iFARM or FARM emissions for it yet!

Before I use any farms I like to know what I am investing in. As the saying goes DYOR (do your own research)!!! I have always been fascinated by derivatives since they make the huge headlines of 6 billion in Bitcoin liquidated but I have never really looked into it all that much. This is where Compfi comes into play. CompliFi is an issuance protocol that does not allow its derivatives to default! Defaulting results in the liquidation and the 2008 financial crisis was caused in part due to the liquidations or collateral calls tanking the market.

How does Compfi manage to negate the collateral calls and liquidations that typically occur in the derivatives industry was something that really interested me. When you send collateral to Compfi you are issued two ER20 tokens of equal value that represent the collateral you added covering both sides of your deposit. This allows you to keep the risk you want and sell the other side of it or to sell both sides of it in what is called a spread. In order to eliminate risk, the derivates that are deposited are put into a collective pool that essentially has a predetermined floor and ceiling controlling how much a person can gain or lose. This cuts off the unbounded parts of derivatives that cause all of the trouble and leads to calls and liquidations.

These derivatives like most have fixed terms that further support and stabilizes the protocol. CompliFi also allows for users to have easier access to the derivatives market than one would normally have while also eliminating a ton of risk involved! They have also begun distributing their COMFI governance token which is what is yield farmed! While the features are not fully rolled out yet the groundwork has been laid. Only 10,000,000 will be minted and the income that can be generated from them can come from one or both of two different sources. The first is at the deposit of the collateral to create the derivative a fee will be charged, currently the value of said fee is set to zero but that will soon change. The second place is a portion of the fees earned by the LP that can be directed to COMFI holders. These two areas give it the ability to have added value besides being a governance token!

Harvest's team has again outdone itself with finding a very interesting and unique project to work with! Bringing derivatives to the masses is a really important thing for crypto to do. It will allow for more and more people to take part and this will lead to further acceptance and usability of crypto overall! Last but not least look at this CRAZY APY!