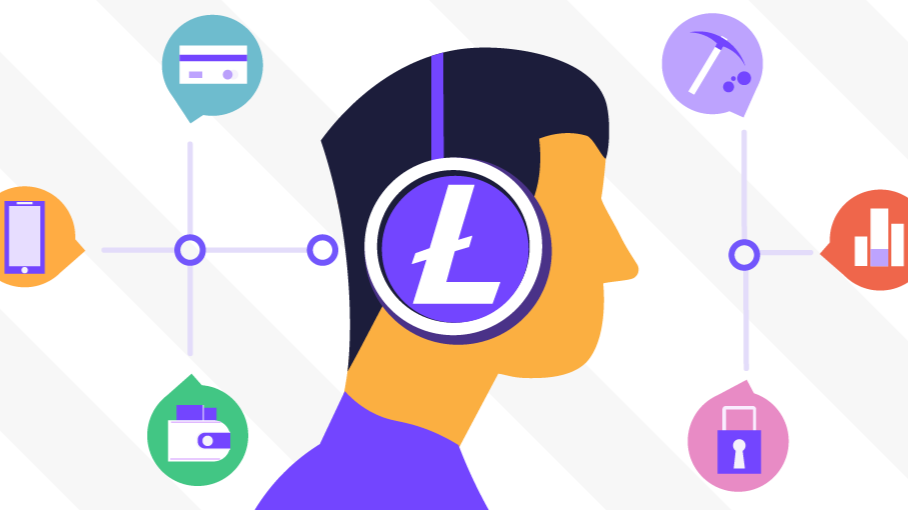 Why Is Litecoin Not an Alternative to Bitcoin?

Litecoin was one of the first altcoins created after Bitcoin was forked in 2011. With time, Litecoin has made a name for itself in the world of peer-to-peer payments, and today, it is often called a “digital silver”. Litecoin was not designed to replace Bitcoin, however. Let’s take a look at how it works, what makes LTC unique from bitcoin, and what the use cases and shortcomings are for Litecoin.

What is Litecoin? How was it created?

Bitcoin became too difficult to mine shortly after it was introduced in 2009, as GPUs have become obsolete and the entry barrier has dramatically risen. Also, it has become clear that the coin doesn’t serve as a good tool for daily payments: the transaction speed is too low, and fees can potentially be very high.

Litecoin got its start in 2011, when computer scientist Charlie Lee launched it as a fork from the Bitcoin Core source code. November 2013 has become the first prominent success for the coin: the LTC price grew 15x, and its market capitalization reached $1 billion. People started calling Litecoin “digital silver” and an alternative to Bitcoin.

How is Litecoin different from Bitcoin?

The way Litecoin has evolved is the same as was originally prescribed for Bitcoin: as a way of making peer-to-peer payments. In this respect, LTC is better as it is cheaper, faster, and more convenient. Here are the technical innovations of Litecoin that made this possible:

How is Litecoin better than Bitcoin?

Litecoin creator Charlie Lee said the cryptocurrency was not created to compete with Bitcoin or to replace the first cryptocurrency. Rather, it was created to complement the digital gold. Litecoin would be a better choice for daily payments than Bitcoin, which is today primarily used as a store of value. Here’s why:

Litecoin transactions are faster. As already mentioned, block time of LTC was increased 4x compared to Bitcoin. This also helps protect the coin from transaction queues and increased fees.

Cross-chain swaps. Litecoin’s team is the most active in the cryptosphere working on what is known as atomic swaps, a technology for connecting blockchains (from LTC to BTC and others) without the need for trusted intermediaries. Such a way to operate with the funds is an advantage for users as it eliminates third parties in coin swaps.

SegWit transactions. SegWit is an algorithm that allows making more transactions in the same block without expanding the block size, thereby increasing the coin’s capacity. Litecoin was one of the first cryptos to implement this technology. Later, Bitcoin also did this with a soft fork; however, still, not all Bitcoin wallets support SegWit transactions.

How is Litecoin mined?

Litecoin mining is not too different from that of Bitcoin. It also runs on a Proof-of-Work consensus algorithm, and the only way to make your mining profitable is to use ASICs. The current Litecoin mining block reward is 12.5 LTC and reduces 2X via halving every 840,000 blocks. Since the coin is issued four times faster than BTC, its max supply has also been increased fourfold. One of the perks of mining LTC is that you can mine Dogecoin (a Litecoin’s fork) along with it.

What are Litecoin’s weaknesses?

In contrast to Bitcoin, it hasn’t achieved a network effect. Litecoin has never managed to become as popular as Bitcoin. It’s not as widely accepted across online and offline businesses, and even its increased efficiency hasn’t made it a true means of daily value exchange.

Litecoin mining is only possible with expensive ASICs, even though it was originally designed as a GPU-resistant coin. This makes it unavailable for ordinary users even if they leverage mining pools.

Litecoin was most popular back when the Bitcoin mempool was overloaded and its transaction fees went to the moon. However, today, Layer-2 solutions such as the Lightning Network allow users to send Bitcoin transactions instantly and at low fees.

Furthermore, Litecoin seems to be losing market share to its competitors in terms of marketing and promotion, which explains why its popularity has diminished over the past few years: LTC used to be among the top 10 cryptocurrencies, but now it ranks 14th. Even so, Litecoin still has many applications.

What are the Litecoin use cases?

Litecoin is a fork of Bitcoin created in 2011 with the purpose to make mining more affordable to regular users. Today, LTC is mined on ASICs same as BTC, but its innovations made it a better means of value exchange compared to Bitcoin: it’s cheaper and faster, and thousands of users worldwide use it on a daily basis. Dubbed “digital silver”, LTC is not intended to replace Bitcoin, but serve as a method for making global payments, something that can no longer be achieved by Bitcoin alone.