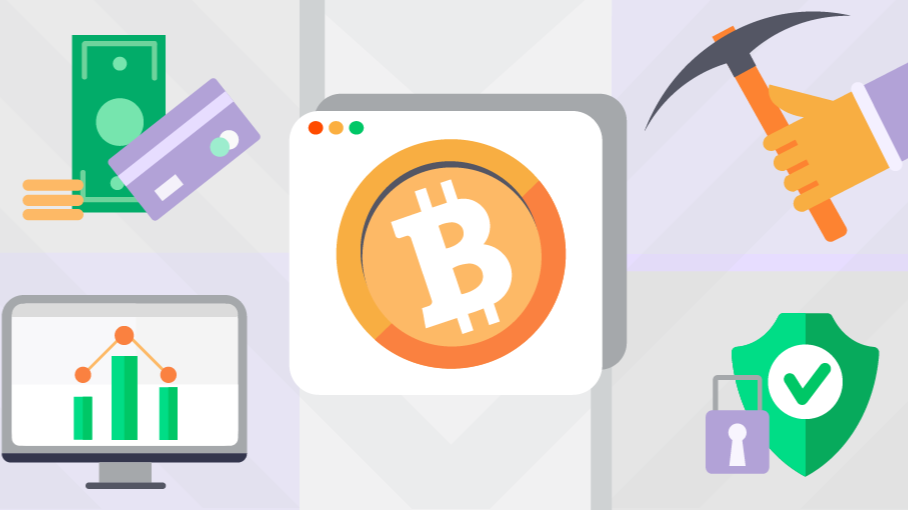 Bitcoin maximalists may be dreaming of a future where Bitcoin is a means of daily value exchange used by all humans. Today, however, this is far from reality: in 2021, Bitcoin is obviously not the most convenient payment tool. According to on-chain data and surveys, Bitcoin’s main use cases today are speculation and a store of value — a way to multiply capital and protect money from inflation. But what limitations keep Bitcoin from becoming a means of daily value exchange, and are there ways to overcome them? What are the domains of the economy where Bitcoin is, however, widely used?

Bitcoin as digital cash — is the dream to come true?

The purpose of Bitcoin: 2009’s vision

Satoshi Nakamoto was developing Bitcoin as an alternative to traditional money that we could use both as a means of payment and a store of value. In his forum posts, Nakamoto criticized the existing financial system for being too centralized and short-sighted: central banks and governments can print as much money as they want at their will, which boosts inflation and lowers the value of money we own. Wait, we don’t even own it! Because a number in our balance is just a sum of money that the bank has to give us if we ask, while the real money is involved in the bank’s operations.

Bitcoin was designed as a peer-to-peer currency that only we truly own and have access to; to protect it from inflation, it was written in the Bitcoin’s code that there will never be more than 21 million coins. No one can issue new coins at their will and inflate BItcoin, and this adds long-term value.

But let’s get back to Bitcoin as a means of daily payments. Last August, the volume of BTC P2P transactions soared to $95 million weekly; PayPal has recently developed a handy tool for Bitcoin payments. However, we shouldn’t expect that everyone is going to start paying with Bitcoin due to the Bitcoin scalability problem. The network of the first cryptocurrency can process no more than 7 transactions per second (compared to 24,000 in Visa and expected 100,000 in Ethereum 2.0), and the monthly number of Bitcoin transactions hasn’t grown since 2017:

Here’s how a Bitcoin payment looks in practice. What happens if you want to buy a coffee with Bitcoin? The best thing possible is that your payment is settled within 10 minutes, but this is not likely. Normally, a Bitcoin payment is considered irreversible after 2–3 extra blocks have been mined, which is another 30 minutes to your waiting. Your coffee got cold.

Many proposals were presented to bypass the scalability problem. Most of them relate to the so-called layer 2 solutions where transactions would go apart from the main Bitcoin blockchain. The most prominent Bitcoin scaling project Lightning network enables transactions between Bitcoin nodes, not the blockchain per se. This network is only to get traction, however.

But even with these drawbacks, Bitcoin is accepted by quite many businesses worldwide. Let’s see what they are.

What can you buy with Bitcoin?

Even as of 2020, 36% of small enterprises in the USA reported accepting Bitcoin. Big enterprises don’t fall behind: Microsoft, Wikipedia, and Starbucks also have Bitcoin as a payment option. Cryptwerk platform shows 6,800 merchants accepting BTC compared to last Augusts’ 5,000; The Bitcoin ATM map displays over 24,500 Bitcoin ATM machines (compared to 10,000 one year ago).

Here’s where you can pay with Bitcoin today:

Traveling. Hotels, airlines, car rentals, and estate agencies accept Bitcoin. Such booking services as Travala.com not only accept Bitcoin payments, but offer blockchain-based booking infrastructure where you can pay with 50 different crypto coins.

Travala.com payments are powered by our friends from NOWPayments — a handy crypto payment gateway that is easy to integrate on numerous types of platforms. We offer fees between 0.4–0.5%, 50+ currencies, and strong support. Learn more!

Store of value — why is Bitcoin the new gold?

At all times in history, people were seeking financial tools that would allow them to preserve and multiply their capital. Traditionally, such safe-haven assets were gold and the US Dollar, and recently, Bitcoin has changed this cohort. Despite its volatility, many people save their money in BTC, placing their hopes in its inflation-proof and scarcity philosophy.

Here’s why investors are optimistic about Bitcoin:

Here’s how a regular bank remittance goes: it passes through dozens of intermediaries who charge their fees, and in several days, it reaches its destination. With Bitcoin, it’s different: payments sent to your neighbor and to your friend on another continent will be processed within the same time at the same fees. Also, no Bitcoin payment can be lost or frozen as no authority has any influence over it.

In the USA, people buy Bitcoin to protect themselves from inflation: Bitcoin’s yearly yield covers the Dollar’s value decrease. But if people do this in one of the world’s strongest economies, what happens in the developing ones — like in Venezuela with its 10,000,000% yearly inflation rate, where the national currency plunges every month?

You’re right — people in these countries buy Bitcoin! Africa is a great example here. In some of its countries, the population is far ahead of its government in terms of technology and crypto adoption — digital assets are under strong control in Nigeria, but people send huge amounts of Bitcoin to each other on a daily basis.

Bitcoin was created in opposition to the world’s financial authorities who can boost inflation excusing it for good reasons. This leads to the fiat currencies’ depreciation, and people choose Bitcoin as an investment option. Although the coin’s speed doesn’t allow it to become the means of daily payments, people entrust their funds to Bitcoin for its long-term potential. If you want to join the bandwagon, visit ChangeNOW and see what rates we offer for Bitcoin.