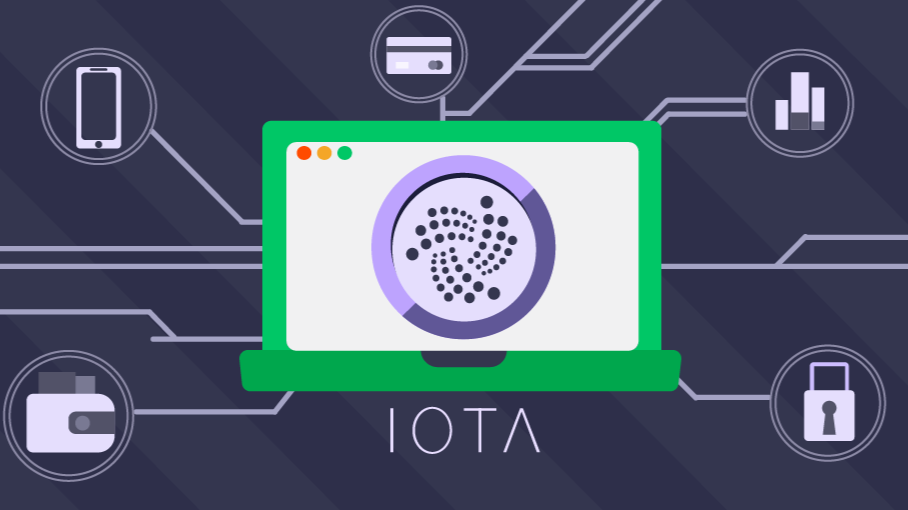 IOTA is a protocol built for frictionless data exchange between machines and humans. It has been designed as the backbone of the Internet of Things — a new architecture of human & machine economy. IOTA is built not on a blockchain, but on a directed acyclic graph technology — it allows for infinite scalability, there are no miners and fees, and all IOTA holders contribute to the network’s security.

IOTA allows for building supply chains, organizing smart factories and smart cities, ensuring provable international digital identities, and more. Let’s see how all this is possible in one project.

What is IOTA, and why are there no fees?

Basically, IOTA allows for data exchange between any devices that can record data, and IOTA’s infrastructure is the substrate for this exchange. It is not based on a blockchain — instead, it operates on a directed acyclic graph called the Tangle.

DAG technology. Unlike in blockchain, transactions here are not organized in blocks. A DAG is a string of transactions that are linked to each other and stored in a distributed network of nodes:

To run a transaction (e.g. send some IOTA tokens), each node needs to validate two previous transactions. Such design has the following implications:

In IOTA, every transaction is verified by several random following transactions. To ensure randomness, an algorithm called the Coordinator worked in the network. It was criticized for being a single point of failure and a serious threat to IOTA’s decentralization, and the IOTA’s team initiated the so-called Coordicide. Its goal is to replace the Coordinator, and the process is taking place through 2021.

What can IOTA do?

Infinite scalability and zero-fee architecture allow IOTA to offer a number of ambitious implementations of its technology:

What is the IOTA token?

IOTA (MIOTA) token is the internal cryptocurrency of IOTA designed for zero-fee value transfer. It is governed by the non-commercial IOTA Foundation. No tokens were awarded to founders or corporate investors, ensuring the token’s transparency.

There are 2,779,530,283,277,761 IOTA tokens in circulation, and they have all been issued in the genesis block — there will never be more or less coins. At the time of writing, the IOTA token is ranking 37 on CoinMarketCap with a $2.1 billion market capitalization.

How can I get IOTA tokens?

Since you can’t mine or stake IOTA, the only trustworthy way of getting it is by buying some.

Where do I buy IOTA?

IOTA token is a trusted cryptocurrency, and many reliable crypto exchanges have listed it. You can find IOTA on Binance, Bittrex, Bitfinex, Huobi, and other platforms.

Trading IOTA on centralized exchanges is fast, but it imposes some issues. Firstly, you need to sign up and leave your data, which makes the process longer and less secure. Secondly, when you deposit funds on an exchange, you entrust it with your money for storage, which puts your assets at risk. Read here why you may lose access to your coins.

On ChangeNOW instant crypto exchange service, we don’t store your funds and don’t require signup to swap coins — your data and tokens stay secure whatever happens. An average transaction takes 5 minutes, and you can buy IOTA with over 200 crypto coins. As for the rates, we partner with a number of liquidity providers and choose between them at the moment of the exchange, which allows us to provide you the most competitive ones.

Where should I store IOTA?

It’s possible to store IOTA in a number of wallets, and here’s the quick description so you can find the best-fitting one for you.

Trinity is the official wallet of IOTA. Consider it the best wallet optimized for the token — every team is striving to do their best at making a handy tool for their network’s coin exchange.

Trinity is a single-coin wallet and won’t allow you to store Bitcoin or Ethereum. However, if you got inspired by IOTA and want to dive deeper in its ecosystem, Trinity will be the best option.