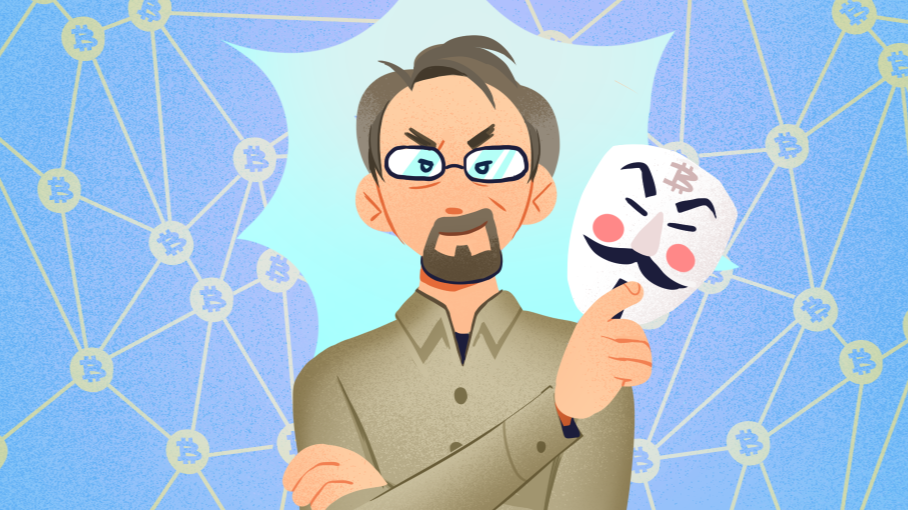 While the identity of Satoshi Nakamoto is still to be disclosed, many enthusiasts put their options forward. One of the Bitcoin founder contenders mentioned most often is Adam Back — a British cypherpunk, entrepreneur, and cryptographer, who actually denies being Nakamoto himself. Despite Back’s rejection, his deep philosophy towards Bitcoin and cryptocurrency is either way worth attention.

Today, we will go over the evidence for Adam Back as Satoshi Nakamoto and explain why Back thinks Bitcoin will skyrocket even without institutional adoption.

Adam Back as Bitcoin founder — how much proof?

To be honest, we don’t even know if Satoshi is a single person or a group of people. In 2011, after a series of failed trials to hack Bitcoin, a renowned white-hat hacker Dan Kaminsky said — “Either there’s a team of people who worked on this, or this guy is a genius.” Not many other people claim Nakamoto is a group, though — rather, there have been numerous attempts to identify Satoshi by his language or forum activity times.

The founder of Bitcoin is supposed to own over 1 million Bitcoins, which is about $35 billion at the time of writing. One person was claiming he had the cryptographical proof for being Satoshi — the founder of BSV (Bitcoin Satoshi Vision) Craig Wright. Other Nakamoto contenders like John McAfee have been proposed by the public. However, we don’t yet have enough evidence for identifying the Bitcoin founder for sure.

In May 2020, a YouTube channel Barely Sociable (400K subscribers at the time) published a 40-minute video with the loud title “Unmasking Satoshi Nakamoto”. In this early Bitcoin history depiction, the author reviewed some forum discussions and Reddit threads with the purpose to investigate Nakamoto’s motivation. The name of Adam Back arose.

This candidacy for the role of Nakamoto looks quite compelling. A computer scientist from England (some users claimed linguistic analysis shows Nakamoto is British) with eminent skills in cryptography, in the 1990s, Back invented Hashcash — an algorithm for verification used in Bitcoin. In 2008, Adam Back was the first person to be contacted by Nakamoto, asking him about Hashcash.

In an interview with Bloomberg in 2020, Back assured he’s not Satoshi. Some commentators on Barely Sociable reasonably noticed: if you’ve put so much effort in hiding your identity for so many years, would you simply say “yes” in a regular interview? Ironically, Adam Back ‘kind of’ agrees on this: he claims that the name of the Bitcoin creator should better stay unknown. He says that’s because people tend to have a hierarchical mindset:

“If you read about a technology, you try to figure out who is the CEO of a company, and people want to ask questions. Because Bitcoin is more like digital gold, you wouldn’t want gold to have a founder. For Bitcoin to keep a commodity-like perception, I think it’s a very good thing that Satoshi stays out of the public eye.”

Why will regular users drive Bitcoin’s growth to $300,000? Two reasons

Adam Back may not be Satoshi Nakamoto, but his support for Bitcoin is very strong. Back is the CEO of Blockstream — a company that offers solutions for working with Bitcoin on its sidechains. The entity also offers Bitcoin mining options, of which Adam Back is very eager himself — he mines BTC, never spends what he has earned, and encourages others to buy and hold Bitcoin as well.

Adam Back is one of those people making ‘crazy’ Bitcoin predictions (that then eventually come true). Last year, he stated that the first cryptocurrency is to grow up to $300,000 in a 5-year perspective without even institutional investors’ support. The latter, however, have been very active in shaping Bitcoin’s price for the last couple of months — however, Back believes that many large investors will remain skeptical, while retail investors will continue to be the backbone for the Bitcoins’ growth.

According to Adam Back, people throughout the globe will continue to realize that Bitcoin helps protect from inflation as governments keep printing money. His words find some evidence in data: the number of Bitcoin wallets with a non-zero balance is steadily growing since 2014 and now exceeds 35 million; the share of small holders in Bitcoin’s supply is very big:

Another reason for further Bitcoin adoption among retail investors, according to Back, could be the post-pandemic environment. He claims that investing in real estate is getting less appealing along with the corona crisis, while putting money into bonds may not bring as much money compared to Bitcoin.

Whatever happens on the market, Adam Back continues his path in promoting Bitcoin. His Blockstream has raised tens of millions of dollars over the last few years. To expand further into Bitcoin investment products, the company has recently bought Adamant Capital — a firm founded by Tuur Demeester, a crypto analyst who has been calling on to invest in Bitcoin back in 2012 when it was worth $5.

Adam Back not only denies being Satoshi himself — but also says a word against those who claim they are Nakamoto without any compelling evidence. In a Tweet posted in February 2018, he claimed that Craig Wright’s not Satoshi and, moreover, may have been part of a tax crime. The creator of BSV filed a defamation lawsuit against Adam Back— which, however, he later ended and paid $8,400 for Back’s legal fees.

While there’s no strong proof that Adam Back is Satoshi Nakamoto, his commitment to telling the truth is proof of his desire to keep the Bitcoin community a trusted place. And we’d agree with Back in this one — keeping the industry safe seems a much more important goal than learning who has laid the first stone in it.