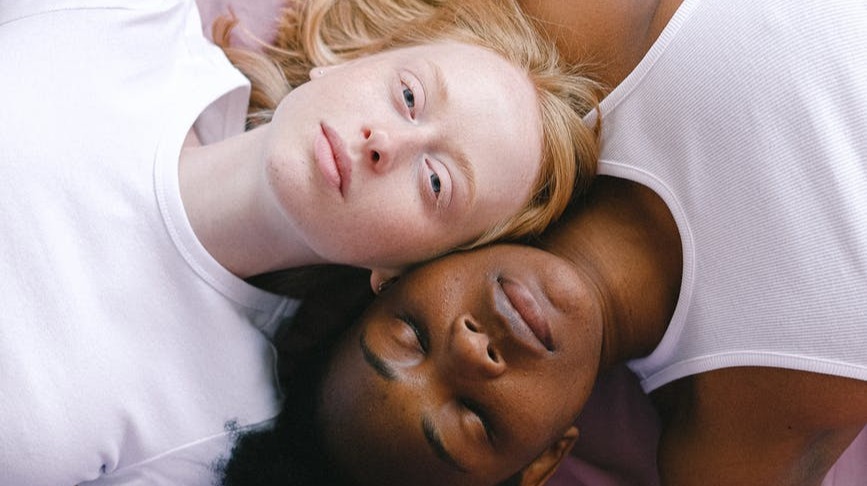 Pink Affection: In the Dormitory's Bathroom - Your Weekend Dose of Literary Goodness

The first time I kissed Kelechi it was unintentional. I’m not saying I did not like it eventually, but she made me do it. All the sweet words she whispered in my ear made her hips so adorable and desirable. After I kissed her, she smiled, and I knew she liked it too. She took my hands in hers and I giggled like a baby, not because of the kiss, but the way she held my hand tickled me. Her palms brushed against mine and sent shock waves, pleasurable shock waves up my spine. She moved closer and leaned forward, her lips headed for mine; I sat still and shut my eyes expectantly.

It seemed like forever in that moment, but it came, her lips touched mine and we kissed again. She held me tightly and I nearly melted in her grip like wax in burning light. Her long, thin fingers tracing Arabian-like patterns all over my body; my back, my stomach and the small of my back. As she unclasped my bra I thought my heart had suddenly been exposed, the way it beat so fast behind hardened nipples and firm breasts.

“That’s right!” I thought I heard myself say. I was heaving and moaning softly now, then I heard the words again, but they weren’t coming from me.

“Lights out!” The loud, terrible voice of Senior Adanna, the hostel prefect came ringing in the distance. She was actually a few feet away from the door of the room I and Chioma were in. We were not quite in a room, we were in one of the dormitory’s bathroom and we both were aware of the consequence of being caught outside our rooms after lights out has been called.

A moment before we were on our way to the moon, but rushed back to earth by Senior Adanna’s voice and footsteps fast approaching our spot.

In that moment it was not really fear that gripped us; it was a heightened sense of things. We knew for sure that if we got caught in that place, at that time, and together, we were dead meat.