The optimism of the consumer with the commercial war fades, but Wall Street culminates the month of August on the rise.

Stocks weakened until the last trading day of August, Friday, reducing the earnings of the session and ending mixedly as investor optimism about a possible relaxation of trade relations between the United States and China began to fade . A key barometer of consumer confidence also weakened.

Stocks ended with solid gains on Thursday after Chinese trade authorities said they would not retaliate immediately against the last round of tariffs announced by President Donald Trump. However, China left the door open for reprisals if negotiations between the two largest economies in the world were broken.

Shares began to fall shortly after the disappointing consumer confidence numbers were published at 10 am this morning, "he said," and this may reflect less confidence in the economy and corporate profits that they remain strong in the future as a result of these numbers.

At the end of the last week of August, the main Wall Street indices closed with a positive weekly performance, despite falling on Friday, August 30, the Nasdaq index and the exclusive S&P 500.
The sharp rise in the market this Thursday, August 29, 2019, allowed to reduce the losses of the last business day of the month that is about to end. 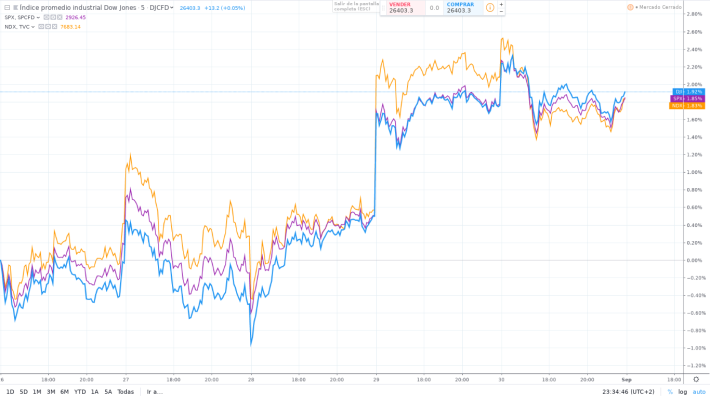 The best performance of the session in the winning index Dow Jones Industrial Average was for Walgreens Boots Alliance, Inc with a rise of 1.57%, followed by UnitedHealth Group Incorporated with + 1.47% and culminating the honor roll is Intel Corporation with + 1.15%.

The big losers of the day were Cisco System, Procter and Gamble and Nike with greater losses at half a percentage point.

On the other hand, the precious metal par excellence for the refuge of investors has had a slight decrease in the week, after starting strongly until $ 1553 and descending -0.20% to culminate with $ 1522.78 the final price of August for the troy ounce. 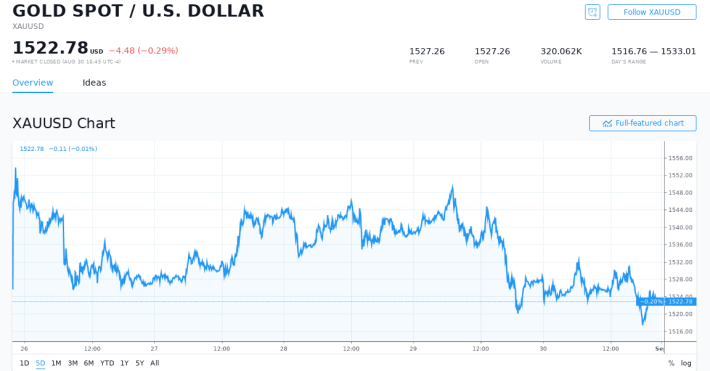 Finally, in terms of the energy market, both Brent and West Texas International, had a negative closure in the last week of August 2019, with setbacks of -1.90% and -0.95%, respectively due to fears of political instability in the region of the Middle East, world recession of the most important economies and the despair of an early solution of the US-China trade war.