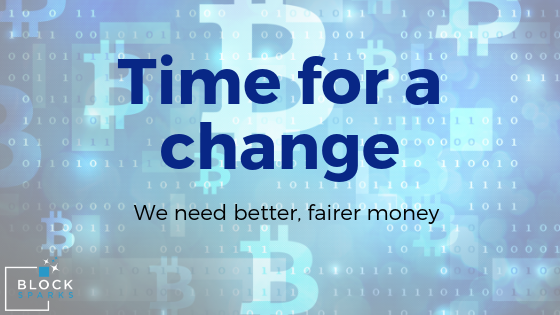 A news report came out this week in the UK, indicating that being poor is cripplingly expensive. On average, the 1.2 million unbanked or under-banked individuals in the UK have to pay an additional £485 per year to access basic products and services.

If you’ve always had an everyday bank account it’s very easy to take its convenience for granted. Being able to access a suite of service from credit and debit cards to overdrafts and even preferred consideration for serious loans like mortgages, are part of the daily experience for anyone lucky enough to live in a developed economy and have a reasonably unblemished credit record, along with - for many accounts - a regular source of electronically-paid income like a salary. We think of these services as ‘free’, however of course we pay for them via the bank’s differential costs on lending versus interest payments, and the premium fees that various products attract.

The current research was published by Pockit, who are part of a new generation of fintech-based non-banks - providing a pre-paid mastercard, which enables users who don’t have access to bank accounts to access at least some of the cost savings connected with them, such as paying for bills via direct debit, a significant factor in the ‘poverty premium’ as it applies to anyone who needs to heat or power their homes regardless of lifestyle. It’s a positive evolution, in an industry which has been traditionally dominated by a small number of institutions within each market, who have the power to decline services to anyone without justification, and their card can be applied for rapidly online, controlled via a mobile app, and is not subject to credit checks. The open banking revolution of recent months has given consumers more control and oversight of their spending and their data, and greater choice about how to access the services they need - if they are aware enough to explore all the options now available.

Ironically though, as they become more successful, similar challenger banks such as Revolut and Transferwise have gone on to apply for banking licences in different jurisdictions, in order to be able to offer a broader range of profitable products, such as lending and business banking. Then along comes credit scoring, know your customer, and all the filters which eliminate financially excluded people from accessing the services they need to get back on their feet.  While these emergent services can focus on specific underserved market categories, like young people or those with poor credit, they are also completely centralised - if they decline your custom they don’t have to give any justification, and access remains fragmented.

Who gets financially excluded and credit blacklisted in the first place? Some very deserving cases of course, those convicted of fraud for example. But what about victims of circumstance, such as older divorcees or widow(er)s who have never worked or managed their own money, those incapacitated and unable to work, the business owner whose calculated risk failed? Those in insecure housing, who cannot provide the proofs of address the banks demand, people without employment security - the government’s own research into financial exclusion notes that 18-24 year olds are at greatest risk of being unbanked.  And there are also those who don’t have the literacy or tech access to use online banking or access the best deals.

With household savings at all time lows, so many of us are a scant few pay-cheques away from unmet bills and repayments. If circumstances change, as they can in a heartbeat, any one of us could fall through the cracks.

And so the gap widens. How can you work your way out of poverty, if you’re terrified of losing the benefit claim which puts food on your table, or you can’t afford an hour’s childcare or travel costs to get to an interview? If your business collapses, you might never get a second chance credit-wise, yet it is entrepreneurs and risk-takers the economy desperately needs for innovation. Unless you have considerable wealth already in hand, your chances of owning the roof over your head in the UK right now are next to zero - so the inequality deepens, and the poverty premium grows.

And while the chasm between rich and poor is bad enough in the UK, let’s remember that much of the rest of the world is far worse off.

A pre-paid debit card is no use to the crop farmer at the foot of the supply chain which fills the shelves of the UK supermarkets. Nor to a woman in a country where she is not allowed to open any kind of bank account without the permission of her father or husband - financial exclusion amplifies many different kinds of discrimination.

What we need is completely decentralised, global, censorship-resistant money.

Money with intrinsic value which is decoupled from state control, political manipulation, and personal judgement.

This money already exists, and adoption is growing daily.

Bring on the crypto revolution!