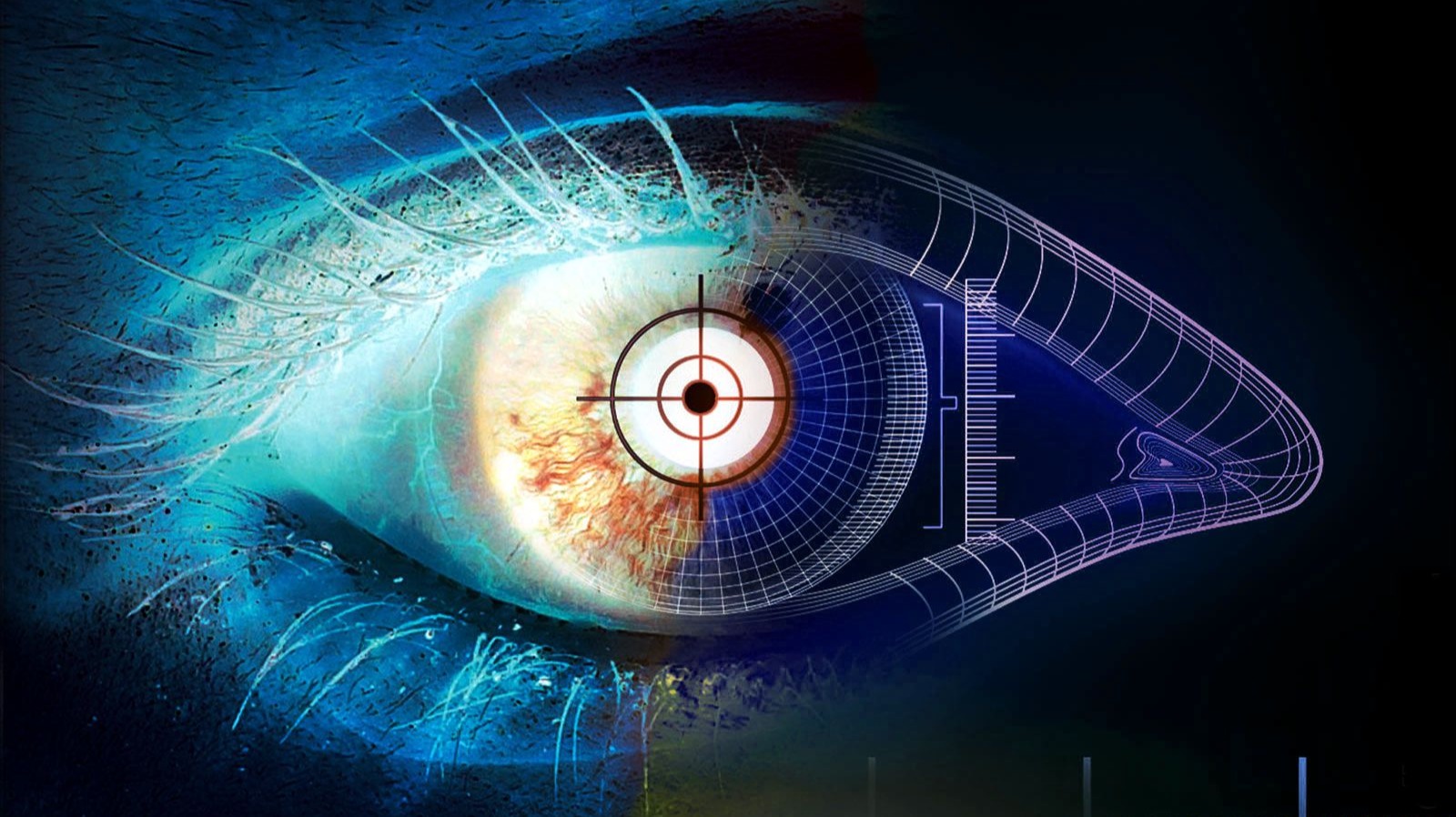 World Coin, a few months later and a last glance to it.

Already some months ago in November 2021, I talked about this project and I did not hide my perplexities (here). Not so much about the design soundness, but about the concept behind this system.

In practice to prove that I am exactly a human being, I have to look into a special instrument, which in a three-dimensional way, detects my eye.

Through a unique hash algorithm, it creates a sequence of characters that identify my iris.

All this is supported by the L2 network of Ethereum, which through the ZKP (Zero Knowledge Proof) protocol creates a ticket to connect to the wallet and then you can proceed to credit the tokens.

The purpose of this "human uniqueness" is to not have the tokens credited twice.

Ingenious to say the least.

Think that after excluding facial recognition and fingerprinting, there was the possibility of using DNA (sounds like science fiction right?) but not being very practical by users, had the better the iris scan.

As I said in the previous article, the goal of the company is to put in as many pockets as possible of the tokens: in this way we reach the mass-adoption of this cryptocurrency.

Let's get into the heart of the project, let's try to understand at what point they are, if the validity is confirmed and, above all, if you can think that this project can have a future.

On the home page, we find some sections in which we can navigate.

That's right, there is no White Paper section... every self-respecting project should have at least one: you don't need a lot of information, you just need to explain the problem you want to solve and what are the goals you set to solve it.

Let's say that the main purpose is what I explained above (a mass-adoption) and these data can be found in the "Blog" section where there are 5 articles.

Three articles were written in October 2021, while the other 2 are from April this year.

Just as there is no record of the White Paper, much less do we have a tokenomic statement of how much supply there is, how many tokens are for registered entities and how many to self-fund the project.

A separate issue for the Roadmap: in a blog article we find something... 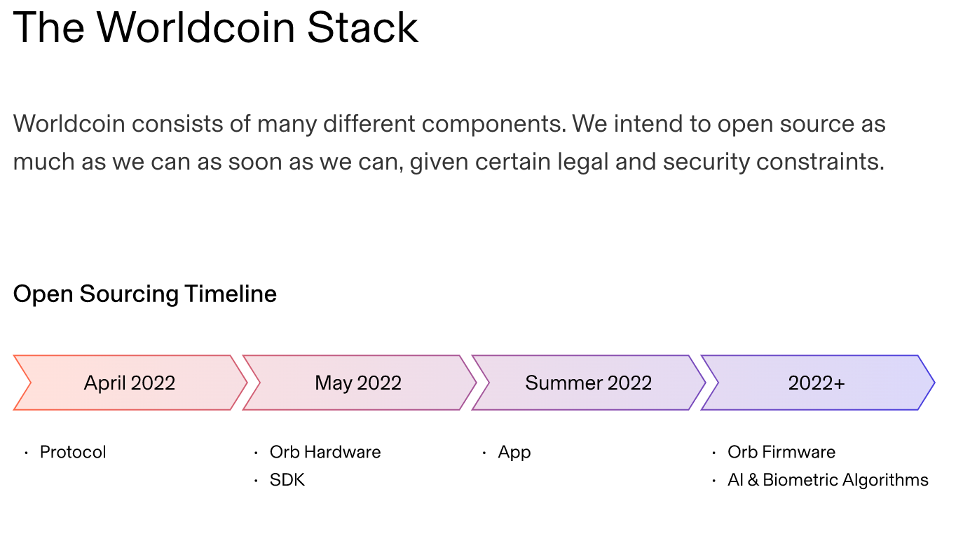 It is certainly not exhaustive, but at least it gives us a rough indication of what are the goals set for the year 2022.

Personally, I think these 3 steps didn't even have to be included in the road map - they had to be perfect before they started the project!

Maybe from the excitement of starting the project, they have considered that changes in progress will not lead to future inconsistencies... let's hope!

As for the tokenomics, in addition to there being no trace of it, it is not even known if the token can be purchased or what value they have given it.

Also in the blog, there is talk of a possible purchase by an end user, of an Orb and start going around their city scanning irises non-stop.

The topic is always rather vague: the cost of the equipment is not defined, but it is known precisely that the pay is in native tokens. We're back to square one: what's the value of a token?

Now discouraged by the repetitive question, I took a little trip on Coinmarketcap: 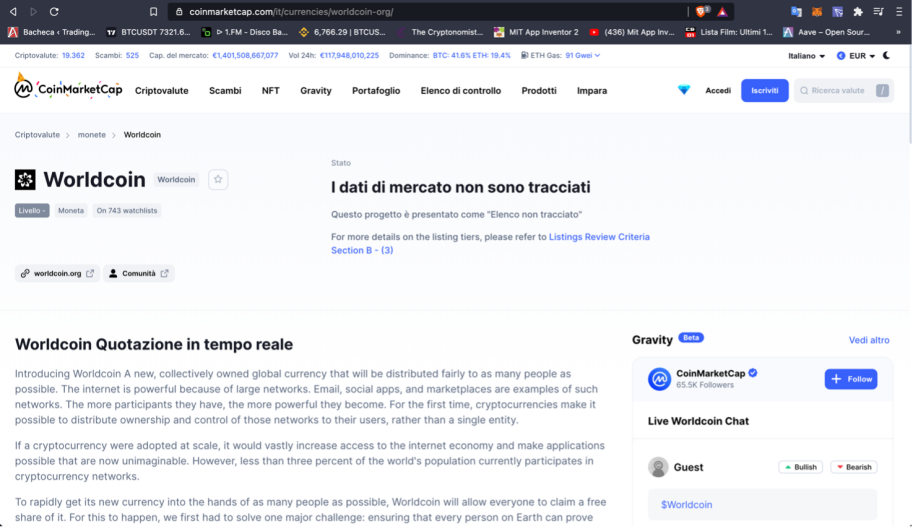 As I imagined, it doesn't have a listing yet: ok, it hasn't been listed on any exchange yet, but we don't even know when this might happen, in the roadmap they don't mention it!

In the screenshot of Coinmarketcap I noticed the comment of a user, which I report below: 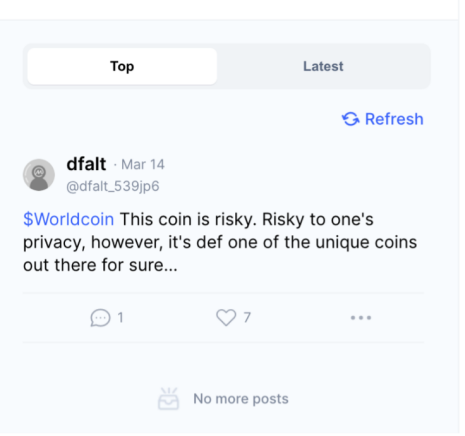 Oops... it talks about privacy issues, despite being a unique currency of its kind.

As a final situation that, given the lack of capital involved, may not be of importance, nowhere is there any mention of whether the smart-contract will be audited.

As we have seen, the novelties of this project are not exactly exciting, despite the fact that the creators are extremely confident in the outcome.

From my point of view it could have been developed differently and by giving a much broader slant to "human uniqueness", making this hash useful for all confirmations on blockchain.

Doing so would have been more palatable and thoughtful: given the evolution that blockchain is making with cross-chain, an individual would be identified by this hash and there would be no problems of a multitude of private keys.

Obviously assuming that the image of my iris is destroyed as soon as the hash is created.

One question always remains: are we sure that the hash creation algorithm really works as the seed phrase, which cannot be converted?

In a technological situation like the current one, even one's own iris could become a bargaining chip...

For the moment Facebook, Google, Wish and Aliexpress are enough for me as Big Brother...

I confirm the choice I had already made at the time.

Have a nice day everyone and above all jealously preserve anything that can make you unique!