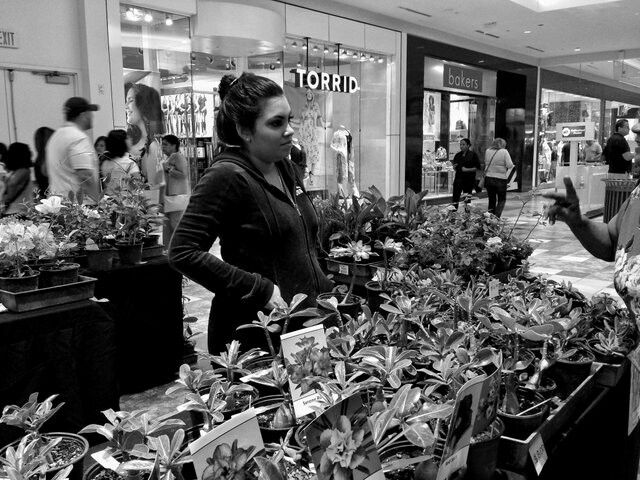 Listening patiently to a woman talking about everything but plants

She was uncomfortable... smiling all day long to the crappy jokes old men told her was exhausting! Knowing that she will have to do the same thing everyday wasn't pleasant either but bills have to be paid and money is made of paper but doesn't grow on trees.The guy kept making "funny" connotations, he was obviously into her and she was obviously not into him but she needed to sell those plants... after all that is her job.

Humans are fun to watch... 10 minutes later of all the blah blah the old man finally understood he wasn't going to get what he wanted... obviously wasn't plants... and walked away defeated like a dog with its tail between the legs. Her? She stood there with a sour smile on her face cause everyday she have to withstand the same thing in hopes of selling some plants and get paid.