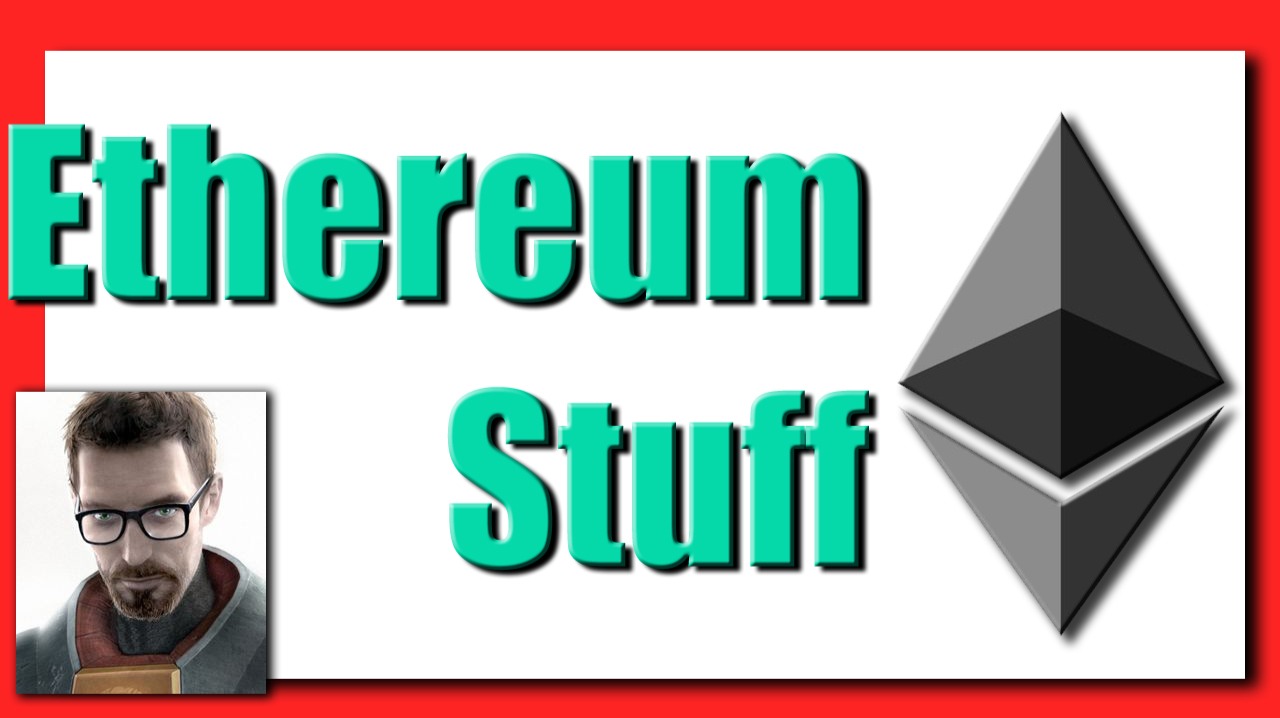 Ethereum... a big idea, one of the biggest and earliest cryptocurrency projects. World computer... ambitious... smart.

But sometimes, one has to wonder if too many zigs and zags mean there are conflicting missions at the top ranks.

Now, Gordon's got a lot of ideas floating around on this one, so place this in the category of "Gordon's just thinking out loud and you're along for the ride". You're welcome, and I'm sorry. Good, now I'm covered.

Many may think that it is impossible to be 99% Bitcoin and Litecoin maxi., and still like other projects, or even still argue the merits of conflicting crypto philosophies. While I believe that BTC and LTC maximalism is an important position in many ways, for the whole of the market and overall global adoption in a time of great political turmoil, the truth is that the majority of the entire market is based on ETH and ERC20 tokens, and also now NFTs.

The fact that Binance Chain, Tron and others have worked their angles to provide what everyone develops on ETH, but improving problems that need fixing, is both interesting and confusing to new investors coming in. Which one is the "right" one? That's what a lot of people want to know.

So, let's talk leadership for a bit.

Vitalik Buterin. I've got some issues with Vitalik, but unless he turns out to be a government operative of some sort, I don't think terrible things about the guy. My perspective may change or adapt over time. Generally, I think it's important to note that he took a deep and technical interest in Bitcoin in the early days, and this inspired him to develop something that could pick up where Bitcoin's purpose left off. From that point of "world computer" conceptualization, the smart contract and the idea of helping others launch their own coin projects on top of this protocol, was genius.

Regardless of whether it would launch smoothly, whether there would be massive errors to correct, whether it would ultimately need numerous overhauls, the dude's a kid, has very little world experience in global economics in his teens and now we're in our 20's. He is a genius. I strongly disagree with where he comes from on many issues, but this doesn't mean I can't understand his mission or appreciate that the entire landscape of crypto largely exists because he had an idea and explored it.

Recently, he's shown more and more of a progressive mentality on social justice, gender equality, work-place gender role issues, and suggested solving some of these types of things with artificial wombs and the sort. This brings me to an important point; sometimes I just want my crypto project to be directed by people that are concentrating on the crypto project.

In a separate article I plan to cover a larger, critical point, but here I'm spreading the thoughts more generally. (By the way yes, sometimes the intellectual can over-ride logic, as is the case with what comes along with the longevity movement. In this case, gender inequality should be solved by making it less unfair that women are the only ones giving birth. Let's not go down the rabbit hole of how we can both think there needs to be a constant evolution of gender fluidity, less identification of the sexes, and yet more focus on evening out the binary roles of men and women. At some point, we should address it as it is; bizarre).

ETH 2.0 is a massive undertaking, and much of what will result, in my opinion, we do not have any historical basis to fully grasp. The initial concerns I believe are largely accurate, that PoS has not, I repeat, has NOT resolved the issues of centralization. Don't even get me started, because in one form or another, there is no such thing as decentralization until the near future if someone wishes to apply machine learning to AI and we have a generation of self-evolving software working on blockchain. That may present 100% fully autonomous projects or networks, but it may also be the worst thing for humanity.

While there is a running joke that ETH 2.0 is taking years and years, continues to get delayed at certain stages, and so as each new year comes around, it simply gets pushed back to 'next year'. Memes of people not aging so well pop up in the social feeds and Vitalik kindly replies to a lot of concerns directly, but in a cryptic manner that makes some wonder if he really understands anything or if he just buries concepts so deeply in word jumbles that he assumes people will be afraid to look dumb if they can't understand what he said.

Personally, I think ETH is gonna be okay, but at this stage I'm looking at it from the top down, and I see a very similar scattered, sporadic pathway to their... pathway for ETH 2.0. The underlying issues are supposed to focus on going green, therefore using less energy, increasing security, and reducing fees.

This is very interesting, because the high level of social concerns Vitalik presents are best achieved, in my opinion, by getting those fees down. Right now, protocol and innovation take a back seat to being able to use the darned thing. If you make a token that is supposed to solve the world's problems, but no one in the impoverished countries can afford to move it anywhere, then nothing is really resolved other than letting people know that's the goal you have set.

Meanwhile, Hex-master General, Richard Heart, is designing Pulse Chain to beat Vitalik at his own game and deliver faster, cheaper fee solutions for all ETH tokens (or selected ones, or all ERC20s or something like that). Simultaneously, new projects come along seemingly daily, with low-to-no fees and fast transactions looking to compete with Ethereum for NFTs, launching tokens etc.

Litecoin even has omnilite for launching your own tokens, and it is certainly fast, cheap and has been safe and reliable for a decade, so it is something to consider, that ETH 2.0 may have to show some more solid, focused direction to solving its own problems.

I have, for a long time, taken a stance that the best path forward for the industry is for Ether to remain an important part of the crypto landscape. ETH may remain as a problem in search of a solution and a very long, overly-complicated pathway to getting there, or it may just provide a template for what to do and what to avoid, so that others are hyper-focused on fixing things correctly and getting there first.

As time goes along, governments and regulatory hooplah are going to play a much larger role, so I believe some of the "which project is best and which one wins" is going to come down to whether governments are thoughtful or careless, in regards to years worth of investors and their livelihood. Or, should I say 'stakeholders' since we're looking at the major shift towards PoS.

This post doesn't have to be incredibly lengthy, because after all it is just a little waltz inside Gordon's cranium.

The moral of this story is that well before we come around to building guy-birth-baby mechanisms, which I think is the weird side of posthumanism and the longevity movement (which I certainly get the greater points of even if I have some issues with them) we need the crypto developers to be more focused on actually making their coins work.

Right now, Ethereum has been around long enough to understand there is more at 'stake' than programming, world computing, and theoretical improvements to security and fees, let alone green initiatives. If the fees do not come down, then even if you had a huge breakthrough in speed of transactions, it wouldn't matter if it made no sense for someone to transact. Imagine your bank tells you "the great news is we can now move your $100 in 2 seconds!" You say "great do it!" and they say "awesome, that will be $93". Watcha gonna do? You're going to accept a 1-2 business day wire of a 3-7 day ACH; that's what you're going to do.

To be the future of "better", the product actually has to be better.

Perhaps some of this, and by the way not only for Ether but for Bitcoin and all the others too, means that we should all be looking more towards L2 or layer two solutions, but I do believe it is a feature-solution with something like Bitcoin, and more of a "while we wait for Eth 2.0 to work, or not work, we better find some way to make this world computer compute". That is less of a solution to a problem, and more of a "well THAT didn't work, lets do something else in case they don't figure it out for themselves" in which case, truly we should be looking at other protocols entirely.

My hope is that the top projects succeed, that every whim and idea be pursued with caution on the side of the investor, people avoiding frivolous NFTs and pump-and-dumps, and for Ether to succeed while there is at a minimum, plenty of volume to justify hopping over to other coins when it comes time to transport them from one wallet to another. As long as crypto world has a means of getting from one place to another without a lot of hassle, I like viewing the landscape as both a place of innovation, and also an improvement on the true legacy system, which is fiat... utterly corrupt.

And on that note, an energetic, fresh-words for the new year, Crypto Gordon Freeman, for now... out.